In her complaint, she said that the three accused conspired and raped her on multiple instances in the past one-and-a-half years by forcefully clicking her private pictures and threatening to leak them. 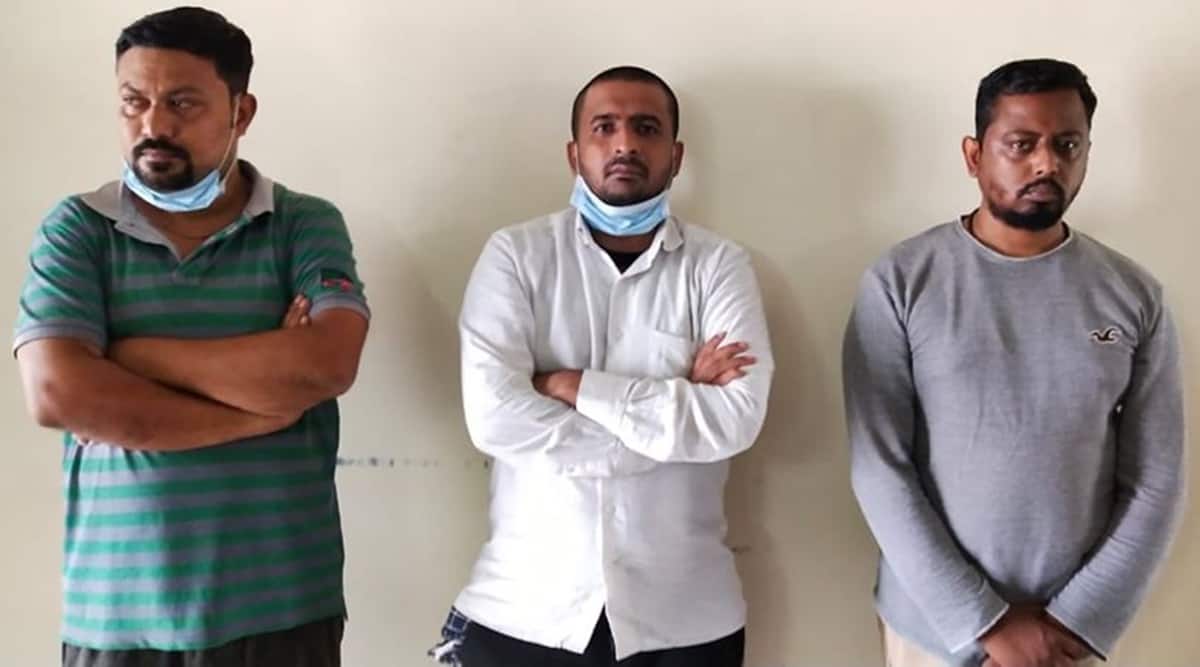 The accused have been identified as Sandeep Kumar Chandrashekhar, a photographer from Anand town, advocate Pradyumansinh Gohil from Ahmedabad, and Mehul Prajapati, a physician from Borsad town in Anand.

Three men — a doctor, an advocate and a photographer — were arrested by police in Anand on Sunday for allegedly raping a woman on multiple instances and circulating her private pictures and videos.

According to police, the accused Sandeep Kumar Chandrashekhar, resident of Anand town and photographer by profession, advocate Pradyumansinh Gohil from Ahmedabad and Dr Mehul Prajapati, a physician from Borsad town in Anand were arrested on the complaint of a middle-aged woman in Anand a week ago.

In her complaint, she said that the three accused conspired and raped her on multiple instances in the past one-and-a-half years by forcefully clicking her private pictures and threatening to leak them. An FIR was lodged at Cyber Crime Police Station in Anand.

“The woman became friends with Sandeep Kumar four years ago and they both had a fight over some issue around one-and-a-half years ago… when he started demanding money from her. The woman then stopped communicating with him,” said a senior officer of the Cyber Crime Cell of Anand Police.

“It was around that time that she got a call from advocate Pradyuman Gohil who claimed that he was looking to hire an employee. The woman showed interest in getting a job and started talking with Gohil and revealed that she was being harassed by Sandeep. Gohil then made a conference call with the woman and Sandeep, and asked Sandeep to not to harass her anymore for money,” the officer added.

As per the woman’s complaint, Sandeep was hiding in the bathroom of the hotel where she was with the advocate. Sandeep also allegedly clicked her pictures and videos and later raped her on several instances by threatening to leak them.

“Later, when the victim woman fell sick, she went to a physician Dr Mehul Prajapati, who later started calling her on her number. The woman then blocked the number after which the doctor used another number to send her pictures and videos, which were clicked by the two other accused. The accused doctor then forced himself on the woman multiple times,” the officer said.

All three accused were booked under Indian Penal Code sections 376 (2)N for committing rape on a woman on multiple instances and 354b for assault on woman as well as sections of the Information Technology Amendment Act.