It said that “state should take up the onus of declaring the accurate data so as to eliminate the others from propagating the same with spice and causing panic amongst the people”. 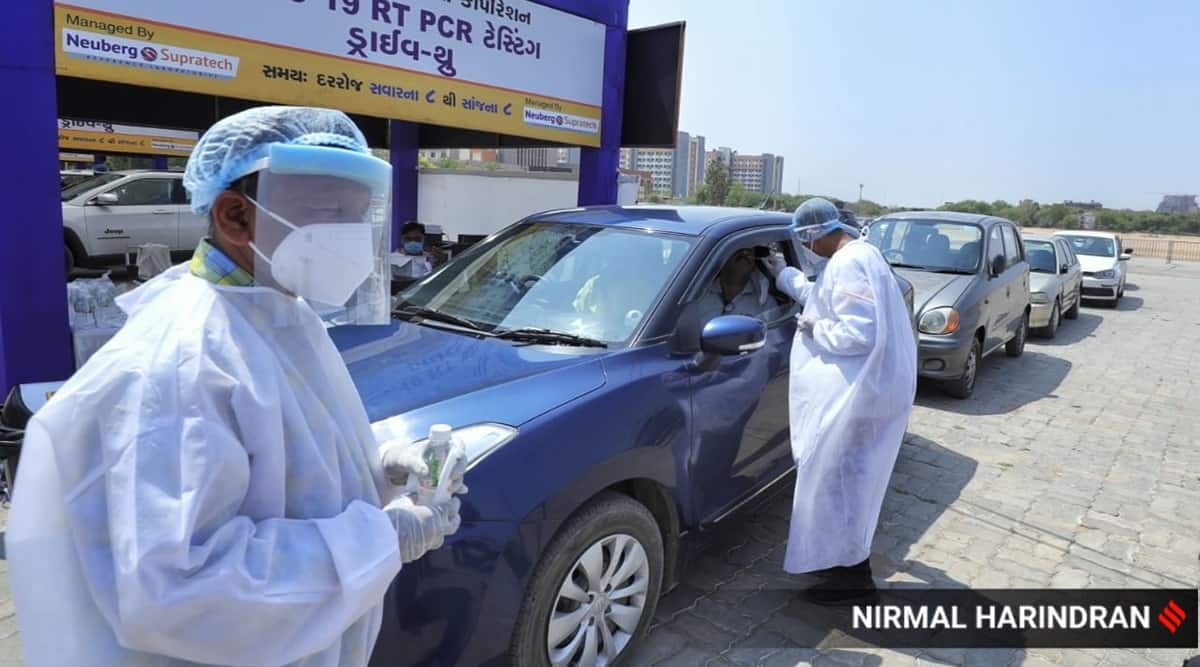 A drive through Covid-19 RT-PCR test facility arranged at the GMDC ground in Ahmedabad. (Express Photo by Nirmal Harindran)

It said that “state should take up the onus of declaring the accurate data so as to eliminate the others from propagating the same with spice and causing panic amongst the people”.

The order, dated April 15, emphasised that while the state “is not expected” to provide all essential infrastructure, medication and treatment facilities at once, given the present situation, “but if people are taken into confidence with regard to the efforts being made by the State to take care of the people suffering from the pandemic, the people at large would definitely cooperate and appreciate the efforts being made…”

The court also reminded that the state “has nothing to gain by hiding real picture” and “…suppression and concealment of accurate data would generate more serious problems including fear, loss of trust, panic amongst public at large,” further adding that “honest and transparent dialogue by the State” will only apprise the public of the grave situation, which, in turn, would persuade them at large to “strictly abide by the standard protocol..”

“We know that the state is not responsible for increase in upward swing of Covid patients, but at the same time the state should publish data by making efforts to find out actual number of Covid positive cases so as to remove general conception from the minds of the people that data given by the State is not accurate”, the order said.

Although no directions were issued, the court made it clear that the state government “must come up publicly in a transparent and fair manner with complete details with regard to availability and modalities of the required amenities, medication and related infrastructure for the treatment of the Covid patients… Any material or facility or infrastructure, if lacking in required numbers should be accepted by the State publicly and remedial steps should be taken immediately to improve the situation,” the court suggested in its order.

The court which is scheduled to hear the matter next on April 20, sought that it be updated of the status of availability of oxygen vis­a­vis demand.