In complaint, SDM alleged that Shevra, a Hindu, converted to Islam in July last year without seeking prior permission from district magistrate. 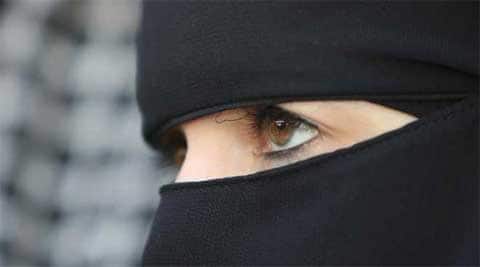 The 23-year-old woman then got married to Ismail Mir, also a resident of Shemalia.

The sub-divisonal magistrate (SDM) of Veraval in Gir Somnath district has lodged a complaint against a woman from the district’s Talala taluka for allegedly converting to Islam illegally and getting married to a Muslim man. Bhagvan Virani, the SDM of Veraval, lodged a complaint with Talala police on Friday against Manju Shevra, a resident of Shemalia village of Talala. In the complaint, the SDM alleged that Shevra, a Hindu, converted to Islam in July last year without seeking prior permission from the district magistrate, an act in contravention of the Gujarat Freedom of Religion Act, 2003. The 23-year-old woman then got married to Ismail Mir, also a resident of Shemalia. The couple is now living in Dhari taluka of the neighbouring Amreli district.

“The woman’s mother approached the district magistrate after the marriage.  On orders of the district magistrate, we conducted an inquiry into the matter and summoned the couple. During hearing, Shevra admitted she had not sought prior permission of the DM to change her religion nor was she aware of this legal requirement. However, her action constituted an offence and, therefore, we have lodged the police complaint,” Virani said on Sunday.

On the basis of the SDM’s complaint, Talala police have booked Shevra under Section 5 of the Gujarat Freedom of Religion Act, 2003. The section mandates prior permission of the District Magistrate with respect to conversion and provides for a year in jail and fine up to Rs1,000 for breach of the law. “As of now, we have registered the complaint. We are investigating if the conversion took place at all. Shevra and Mir are adult and, therefore, free to marry according to their will. But we are also checking the legality of their marriage,” Talala circle police inspector Mehmood Chopda, who is investigating the case, said.

Police said the couple had declared their marriage in a notarised statement in Dhari. Police sources said the couple were neighbours in Shemalia village and had fallen in love three years ago. After getting married, they were working as farm labourers in Dhari.

Piece of advice, peace of mind