Gopinathan had resigned from his job last year and as per sources, his resignation was not accepted by the government. 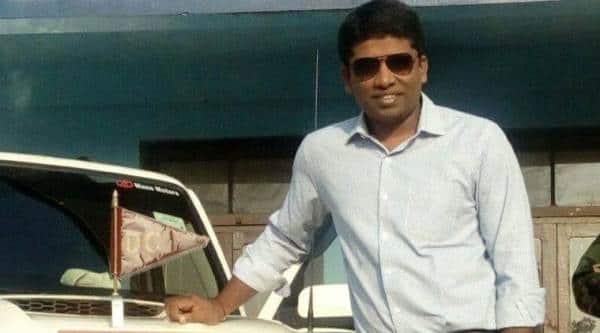 Since Gopinathan is currently in Noida, authorities will dispatch him a notice under CrPC section 41A (Notice of appearance before police officer). File

The police in the Union Territory of Daman and Diu and Dadra and Nagar Haveli has registered an FIR against former Daman district collector and ex-IAS officer Kannan Gopinathan for not resuming his duty amid the COVID-19 outbreak. Gopinathan had resigned from his job last year and as per sources, his resignation was not accepted by the government.

Moti Daman police booked Gopinathan under IPC section 188 (Disobedience to order duly promulgated by public servant) and relevant sections of the Epidemic Diseases Act and the Disaster Management Act. Since Gopinathan is currently in Noida, authorities will dispatch him a notice under CrPC section 41A (Notice of appearance before police officer).

Moti Daman police sub inspector Leeladhar Makwana told The Indian Express, “We have registered an offence against former IAS officer Kannan Gopinathan. All the sections are bailable. We have come to know that he is in Noida, but we are trying to get his contact number and address. We are preparing a notice which would be sent to him, informing him to remain present before a police official on some prescribed date.”

On his twitter handle, Kannan Gopinathan responded, “Ah! Another FIR. For not resuming duty (?)… I resigned like 8 months back. Though I wholeheartedly volunteer to serve wherever I am required in this crisis. Let me tell you this again, not rejoining IAS! Got it? (sic)”

Talking to the Indian express, he said, “I have come to know through media that complaint had been filed against me by government with Moti Daman police station (Union territory). Nobody has approached me from the police department. If I get the intimation I will remain present in the police station. I wanted to ask question to the government that there are many other officials who had resigned and also they have not remained present in such critical cises. Whether police complaint has been registered against them or not. I think that the government is targeting me over my speech at public domain criticizing the government.”

He further added, “I am ready to wrok and render my services during such critical situation but not as IAS officer but as a civial.”