In order to attract investors to the project, the Gujarat government is offering land at a 50 per cent discount for the first few entrants. 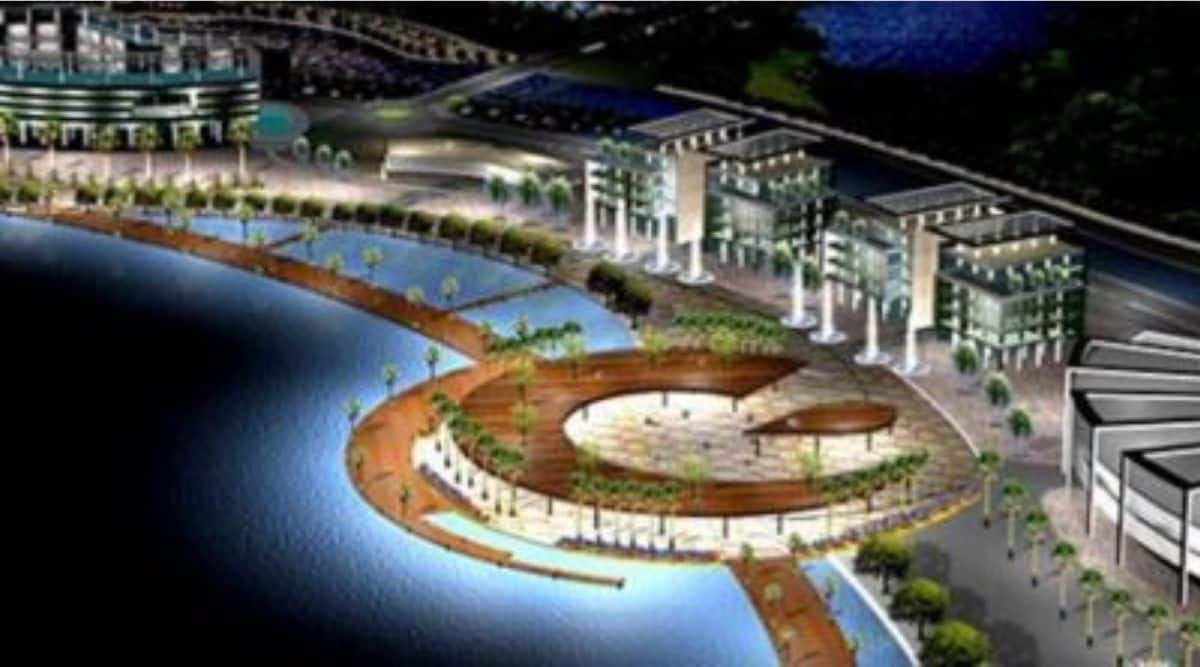 Though the project received the environment clearance in September 2014, the actual work on the ground began only in 2016.

The Dholera Special Investment Region (DSIR) in Gujarat, located around 100 km from Ahmedabad, is close to a “critical milestone”, officials said on Monday. Conceptualised in 2006, work on developing an “activation area”, spread over 22.5 sq km in DSIR, is 90 per cent complete and is ready to be populated by industries, state government officials said.

“Dholera SIR will soon cross a critical milestone. Roughly about 90 per cent on the work on activation area has been completed and now it is ready for the industries to step in,” Dholera Special Investment Regional Development Authority (DSIRDA) chief executive officer Hareet Shukla told The Indian Express. Officials said over Rs 3,000 crore has been spent in developing the trunk infrastructure at this SIR that lies strategically between Ahmedabad and Bhavnagar.

In order to attract investors to the project, the Gujarat government is offering land at a 50 per cent discount for the first few entrants. “The discount is only for the initial 30 per cent anchor investors,” Shukla said, adding that 20 per cent of the investors have already taken land at discounted rates. The investors include Tata Chemicals —which in 2019 had committed to invest Rs 4,000 crore in setting up a lithium-ion battery manufacturing unit — and ReNew Power, that will build a Rs 1,200 crore unit to manufacture solar cells.

In order to kick-start development of DSIR, the cabinet committee on Economic Affairs, chaired by Prime Minister Narendra Modi, had in May 2015 approved the construction of trunk infrastructure within 22.5 sq km “activation area” of DSIR, which falls on the Delhi-Mumbai Industrial Corridor in Ahmedabad district. The development of infrastructure in this activation area is expected to cost an estimated Rs 4,400 crore.

Though the project received the environment clearance in September 2014, the actual work on the ground began only in 2016. The work on the activation area was targeted to be completed by 2018-19. However, the work has been delayed.

DSIR officials who participated in an virtual event to celebrate “Azadi ka Amrit Mahotsav” on Monday said the activation area at DSIR works on the concept of plug and play where all amenities are provided to the industries.

“Over 69,000 trees and 19,000 shrubs of various varieties have been planted, and 72 km of roads with widths varying from 12 to 70 meters have been built. These roads have pavements and cycle tracks,” said Colonel Krishna Kishore, Assistant vice-president (projects and technical) at Dholera Industrial City Development Limited (DICDL), a special purpose vehicle created between the Government of India and Government of Gujarat (DSIRDA).

“Apart from this, 137 km of underground drains have been built that will open into a 6-km canal that is part of the activation area. Over a km of this canal has been beautified for recreational purposes,” Colonel Kishore added.

Dr Parul Mansata, General Manager (Land and Municipal Services), DICDL who also participated in the virtual event said land to interested industries can be allotted within Dholera SIR within a 17-day period.

Delhi: Man arrested for cheating investors in the name of producing a Bollywood movie