70% quota for local students in GU and MSU BSc courses

The parents and students said that B Sc education would be very costly for the students in case they had to stay away from their parents. 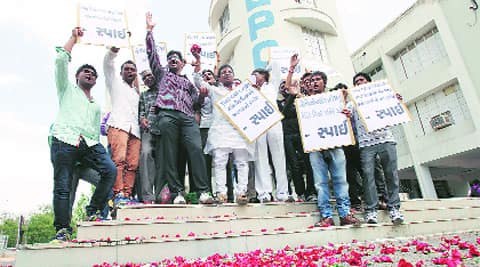 The Admission Committee for Professional Courses (ACPC), handling the centralised admissions for BSc courses across the state, has accepted the recommendations of the Gujarat University and MS University to reserve 70 per cent of seats in the science colleges in Ahmedabad city and the MS university science faculty for local students of Ahmedabad and Vadodara districts, respectively.

Both the major universities of the state took up the issue with the ACPC after students and their parents expressed their opposition to the centralised admissions on the pattern of that for BTech, pharmacy, medical and para-medical courses.

The parents and students said that B Sc education would be very costly for the students in case they had to stay away from their parents. Parents argued that BSc is not like technical and professional education where most of the students get job sufficiently lucrative and good paying jobs after completion of the the course.

However, there is no provision for reservation of seats for local students in science colleges at other centres like Surat, Rajkot, Bhavnagar or Bhuj. When questioned, ACPC official Mahendra Y Patil, said, “ACPC does not frame rules. We go by the directions of the universities for whom we are conducting admission exercises. We decided to reserve 70 per cent of seats for locals as we received such a request from GU and MSU. We did not receive similar requests from other universities.”

GU Vice-Chancellor M N Patel said that such a provision was always there in the university, giving preference to local students in Ahmedabad’s college. “We only forwarded a letter with university to ACPC to consider it in centralised admissions,” Patel said.
There are a total of 68 science colleges in the state, and majority of them in Ahmedabad, with a total seat strength of 34,000.