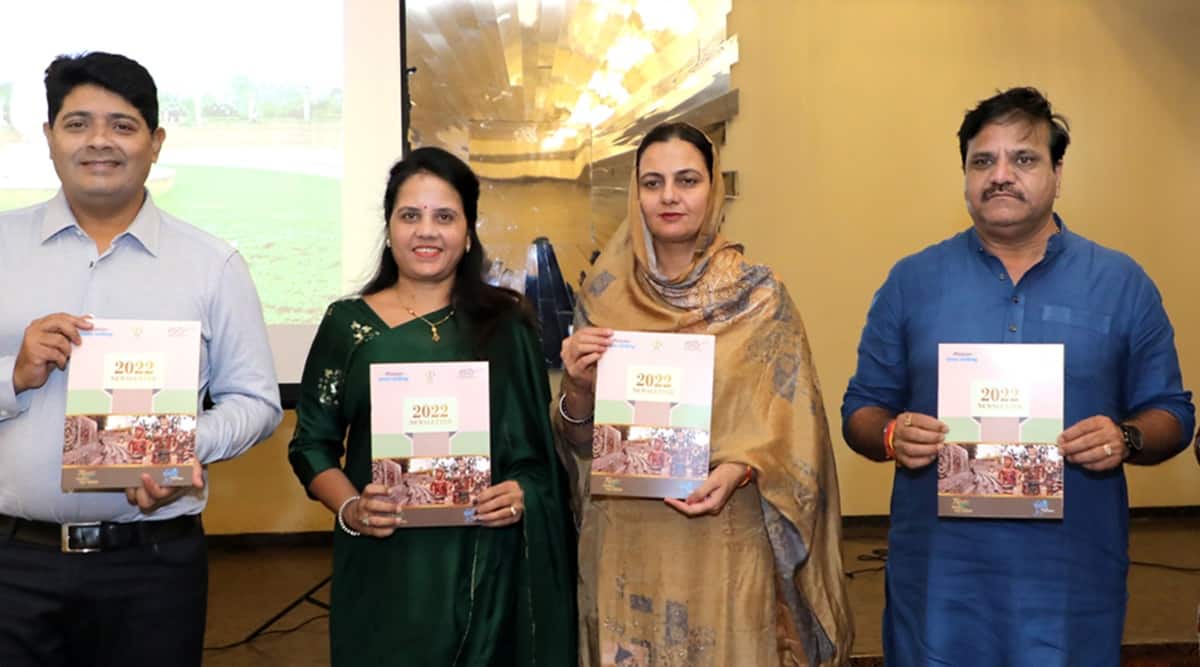 Members of the delegation from Raipur with mayor and MC commissioner during the visit in Chandigarh on Sunday. (Express Photo)

A delegation of 81 councillors and officers from Raipur arrived in Chandigarh on Sunday. The civic body is spending Rs 12 lakh on the visit.

The delegation, including Aijaz Dhebar, Mayor, Parmod Dubey, ‘Sabhapati’ (chairman), and Minal Chgan Chaube, Leader of Opposition from Raipur Municipal Corporation (Chhattisgarh), was on its two-day study tour regarding “Solid Waste Management & Best Practices of Municipal Corporation Chandigarh”. The delegation reached Chandigarh on Saturday evening and was received by senior officers of MC.

Mayor Sarbjit Kaur welcomed the delegation, followed by a brief introduction of the projects and best practices and functions of the MC by Municipal Commissioner Anindita Mitra.

During their sight visits, different teams headed by nodal officers of MC were briefed about the projects at their respective sites. The delegation also went sightseeing, including bird aviary near Sukhna Lake, Rock Garden and Capitol Complex.

The mayor and the councillors of Raipur praised the beauty of Chandigarh, including best roads in the country, neat and clean parks, planned markets and no encroachments on roadsides. They appreciated the horticulture wing, especially for maintaining more than 1,800 neighbourhood parks in the city.

Food inflation has not started to hurt India yet. Stepping up production can help country duck global trend