Worst may be over for biggest Arab economies as businesses adapt 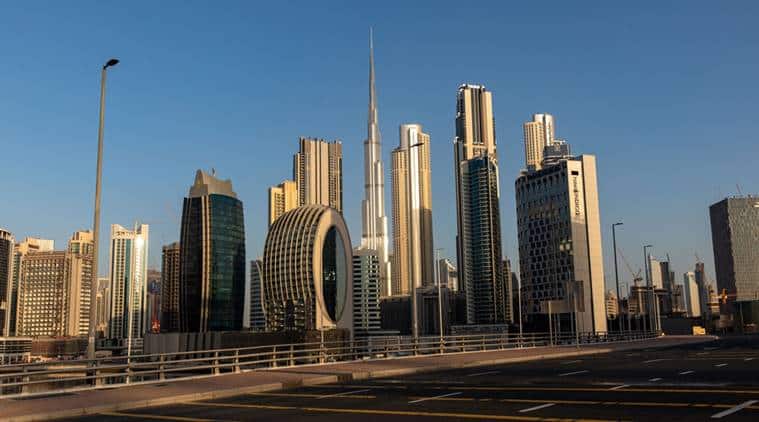 An empty highway leads past the Burj Khalifa skyscraper, center, and other office buildings on the city skyline during the coronavirus lockdown in Dubai, United Arab Emirates, on Friday, April 24, 2020. (Photographer: Christopher Pike/Bloomberg)

Business conditions in the Arab world’s three largest economies deteriorated at a slower pace in May as governments began to lift some lockdown restrictions while companies adjusted by slimming down staff and cutting salaries.

Following a pandemic-driven plunge, non-oil private sector activity improved in Saudi, Arabia, Egypt and the United Arab Emirates, according to Purchasing Managers’ Index surveys compiled by IHS Markit. The gauge in each country still remained below the threshold of 50 that separates growth from contraction. The challenge now is to build on the economic momentum as the relaxing of coronavirus lockdowns allows some businesses to reopen while consumer spending remains weak and low oil prices force many countries in the region to implement austerity measures.

The recovery ahead may be uneven. Even as factories from the U.S. to Sweden saw an uptick in May, a gauge of China’s manufacturing activity slipped, underlining the risk that its rebound from the pandemic shutdowns risks faltering.

The start of an economic turnaround in the Gulf may not save the region from what the Institute of International Finance expects to be its worst recession on record this year. While Saudi Arabia moved this week to pump extra liquidity into banks, fiscal constraints after the crash in crude prices will likely hold back stimulus.

Despite last month’s improvement in the private-sector economies of Saudi Arabia, Egypt and the UAE, companies continued to adjust, often at a cost to workers.

Layoffs spread in Egypt, with the rate of job losses quickening to the fastest since January 2017. Employment in the Arab world’s most populous nation has now fallen in each of the last seven months. The UAE had a fifth consecutive monthly fall in job numbers, albeit the drop in May was the softest since February.

Meanwhile, Saudi businesses saw the fastest decrease in staff salaries since the survey began in 2009, according to IHS Markit. To cope with growing cost pressures, UAE firms similarly cut pay at the quickest pace in the survey’s history.

Sentiment among businesses for the year ahead was mixed. IHS Markit said it remained “very subdued” in Saudi Arabia and worsened in the UAE, where expectations reached the joint-lowest since the series began in April 2012.

On World Clubfoot Day, an expert answers all your questions about the birth deformity