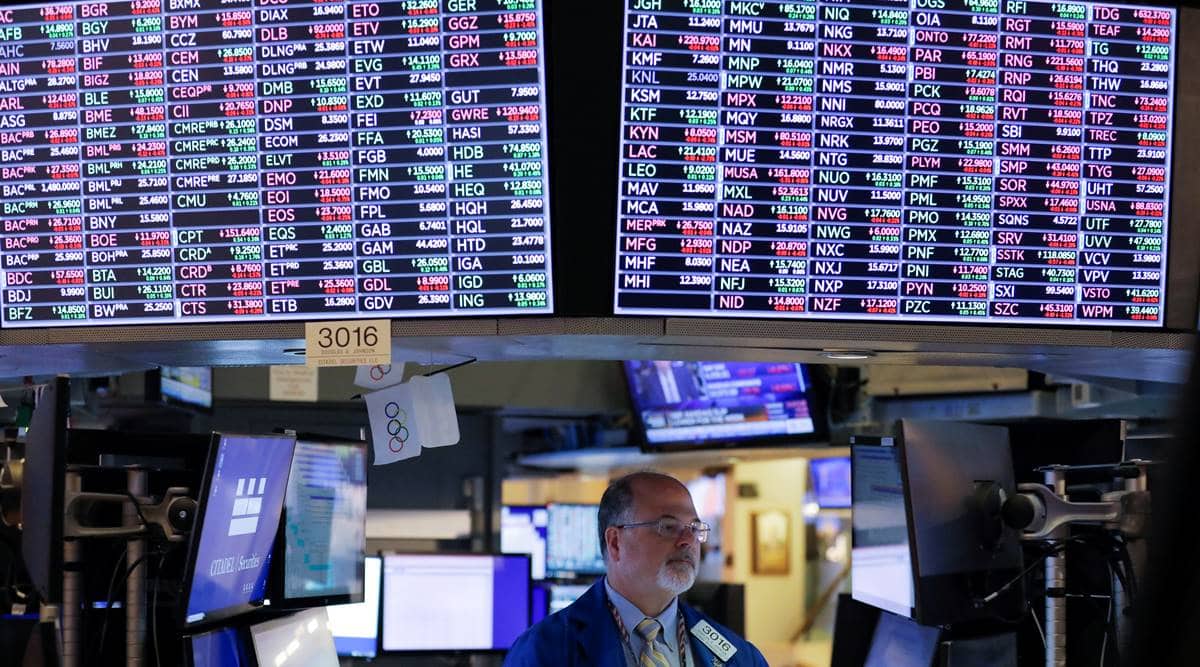 A trader works on the floor at the New York Stock Exchange (NYSE) in Manhattan, New York City, US, September 24, 2021. (REUTERS)

Asian shares lost ground on Wednesday, tracking declines on Wall Street as investors fretted over economic uncertainties that caused a spike in US benchmark bond yields and pushed the dollar to a more than 10-month high.

Doubts are re-emerging over the global recovery at a time when the US Federal Reserve is set to taper stimulus and the Biden Administration is stuck in contentious debt ceiling negotiations that could lead to a government shutdown.

Benchmark 10-year rates have gained 25 basis points in five sessions and were last at 1.5513%, having hit their highest since mid-June the day before, while the dollar index was at 93.752.

“We think (10-year treasury yields) are likely to around 1.5% to 1.75%, so they obviously still have room to go,” said Daniel Lam, senior cross-asset strategist at Standard Chartered.

Lam said the rise in yields was driven by the fact that the United States was almost definitely going to start tapering its massive asset purchases by the end of this year, and that this would drive a shift from growth stocks into value names.

He said this change would be unlikely to significantly reverse recent flows from Asian to US equities as policy moves are generally less supportive in Asia than the United States and Europe at present, and thus “opportunities in Asia will be tactical and short term.”

Japan’s Nikkei shed 2.35% hurt by the general mood as the country’s ruling party votes for a new leader who will almost certainly become the next prime minister ahead of a general election due in weeks.

It was the S&P 500 index’s biggest one-day percentage drop since May, and the Nasdaq’s largest since March, but US stock futures, the S&P 500 e-minis, were up 0.25% in Asian hours.

Also on traders’ minds was cash-strapped China Evergrande Group, whose shares rose as much as 12% after it said it plans to sell a 9.99 billion yuan ($1.5 billion) stake it owns in Shengjing Bank Co Ltd.

Evergrande is due to make a $47.5 million bond interest payment on its 9.5% March 2024 dollar bond, having missed a similar payment last week, but it said in the stock exchange filing the proceeds of the sale should be used to settle its financial liabilities due to Shengjing Bank.

In currency markets, the strong dollar meant that the yen traded near its lowest since early 2020, while the euro hit a month low overnight.

Gold edged higher with the spot price at $1,735.6 an ounce, up 0.1% from the seven-week low hit the day before as higher yields hurt demand for the non interest bearing asset.