With ONGC and HPCL under the administrative control of the oil ministry, the latter has appointed 'Protocol Valuers Ltd' for suggesting valuation at which the government's 51.11 per cent stake in HPCL should be sold to ONGC. 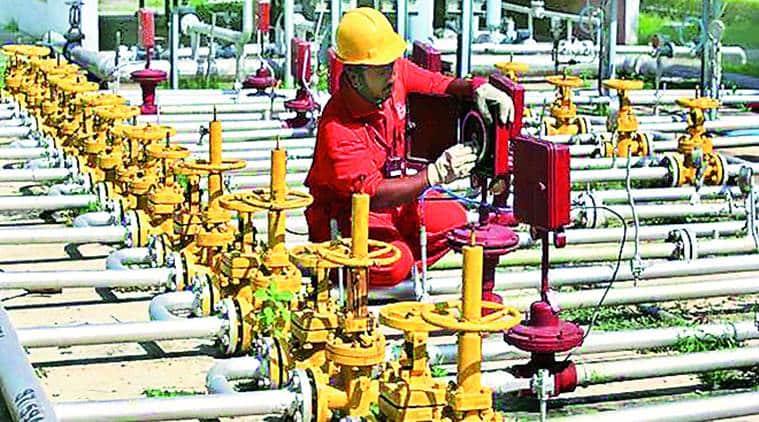 Sources said ONGC wants to do a proper due diligence on HPCL and access to data room is a prerequisite for that. (File)

State-owned Oil and Natural Gas Corp (ONGC) has sought access to a data room to help fix the price at which it can acquire government’s 51.11 per cent stake in HPCL.

India’s largest oil and gas producer has so far been given an information memorandum (IM) by government’s transaction advisor which ONGC feels is not sufficient to arrive at a valuation of Hindustan Petroleum Corp Ltd (HPCL), sources privy to the development said.

ONGC, they said, wants to better understand HPCL’s financials, particularly the investments it has committed in projects like a greenfield refinery at Barmer in Rajasthan, before it embarks on buying the government stake which at today’s price is worth over Rs 32,600 crore. Sources said ONGC wants to do a proper due diligence on HPCL and access to data room is a prerequisite for that.

HPCL already has a data room and will give access to the same to ONGC if the seller (government) so desires, a company official said. The official said the company has already shared information with government’s transaction advisor and it is ready to share more if the need arises. Previously, the government was of the view that ONGC should arrive at a valuation of HPCL based on the publicly available information. The bulk of IM is made up of publicly available information.

Sources said ONGC wants a better fix at the kind of money it will need to invest in HPCL post-acquisition and so wants access to data room. The Cabinet on July 19 approved the sale of government’s entire 51.11 per cent stake in HPCL to ONGC as part of its Rs 72,500 crore disinvestment target for the current fiscal, 2017-18.

Transaction advisors were appointed in August and it was expected that an IM containing detailed information on HPCL’s assets and liabilities would be handed over to ONGC by mid-September so as to help it firm up a value for the stake buy. Originally, the Department of Investment and Public Asset Management (DIPAM), which is managing the sale, was keen to close the transaction in October or November itself but it managed to send the IM to ONGC only on October 31.

Sources said in a typical strategic stake sale, the government opens data room for potential acquirers to access information on the target company. But in case of HPCL, this is being done on the basis of largely publicly known information that has been put in IM. JM Financial is DIPAM’s transaction advisor for the stake sale while Cyril Amarchand Mangaldas is the legal advisor.

With ONGC and HPCL under the administrative control of the oil ministry, the latter has appointed ‘Protocol Valuers Ltd’ for suggesting valuation at which the government’s 51.11 per cent stake in HPCL should be sold to ONGC. ONGC has appointed CitiGroup and SBI Caps as its transaction advisors.