A review of RBI data shows banks' total stressed loans - including non-performing and restructured or rolled over loans - rose 4.5 percent in the six months to end-June. 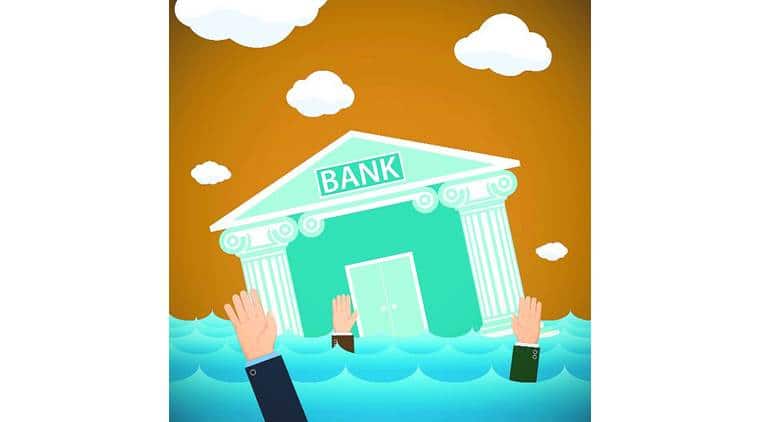 While banks remain the main source of funding for India’s companies, the stubborn bad debt problem has eaten into bank profits and choked off new lending, especially to smaller firms.

Indian banks’ sour loans hit a record 9.5 trillion rupees ($145.56 billion) at the end of June, unpublished data shows, suggesting Asia’s third-largest economy is no nearer to bringing its bad debt problems under control. A review of Reserve Bank of India (RBI) data obtained through right-to-information requests shows banks’ total stressed loans – including non-performing and restructured or rolled over loans – rose 4.5 percent in the six months to end-June. In the previous six months they had risen 5.8 percent.

While banks remain the main source of funding for India’s companies, the stubborn bad debt problem has eaten into bank profits and choked off new lending, especially to smaller firms, at a time when an economy that depends on them is stalling.

India grew at its slowest pace in three years in April-June – a concern for the government of Prime Minister Narendra Modi, who faces elections in 2019 and has pledged to create millions of new jobs before then.

Banks are having to take higher provisions to account for more defaulters being pushed into bankruptcy. And margins are likely to be squeezed further by proposed new rules to encourage commercial banks to pass on central bank interest rate cuts.

To be sure, the bulk of India’s sour loans are in the state banks and stem from lending to large conglomerates, especially in steel and infrastructure. But analysts say the rise in bad loans among small firms, and even retail borrowing, is worrying and will do little to encourage new loans to help fuel growth.

“On the corporate side, we think it’s a recognition cycle which is nearing an end,” said Alka Anbarasu, senior analyst at Moody’s Investor Service, referring to more bad loans being recognised as such, as banks come under pressure from the RBI and other regulators. “But it’s really those data points beyond corporate that are causing some worry.”

Anbarasu forecast weak quarters ahead for banks before profitability picks up, and several senior bankers from public sector lenders – which account for more than two-thirds of Indian banking assets – agreed the months ahead would be strained.

Stressed loans as a percentage of total loans reached 12.6 percent at end-June, according to the RBI data, the highest level in at least 15 years.

Part of the issue for banks and the government is a strict provisioning regime: the RBI wants banks to provide for at least 50 percent of the secured loans to companies taken to bankruptcy proceedings, and 100 percent for the unsecured part.

A dozen of the biggest such cases account for nearly 1.78 trillion rupees, or a quarter of total non-performing assets. For those companies, banks will need to provide 180 billion rupees on top of existing provisions, according to July estimates from India Ratings and Research, the local affiliate of Fitch Ratings. More than 20 other sizeable companies are at risk of being taken to bankruptcy court.

Bankers say these and other pressures – including rising government bond yields that forced banks to post mark-to-market losses – have added to the squeeze, and hit new loans.

According to RBI data, new loans grew at just about 5 percent in the year to March, the lowest growth rate in more than six decades. Several banks have already cut back their loan books to conserve capital.

“What are they (RBI) thinking while they’re taking these steps all at the same time?” said a treasurer at a state-run bank, who didn’t want to be named due to the sensitivity of the issue. “Do they want banks to wind up their businesses, or do they want to save the banks?”

Treasury income accounted for 22.7 percent of banks’ operating profits in the last financial year, doubling its share from a year earlier, India Ratings estimates. “The almost zero treasury income will hit provisioning ability and, in turn, make it more difficult for weaker banks to give loans as capital becomes more scarce,” said Soumyajit Niyogi, an associate director at the rating agency.

A senior policymaker, who requested anonymity as the discussions are not public, said the government would have to help to sufficiently capitalise the banks.

“We think capitalisation is the biggest challenge for the banks at the moment, given that earnings will remain subdued and will not support any capital generation,” said Moody’s Anbarasu.

Happy Birthday Karan Kundrra: Reasons why he is truly a youth icon