Nirmala Sitharaman “expressed her deep concern on the various problems being faced by the stakeholders in the new portal which was expected to provide a seamless experience to taxpayers”, a Finance Ministry statement said. 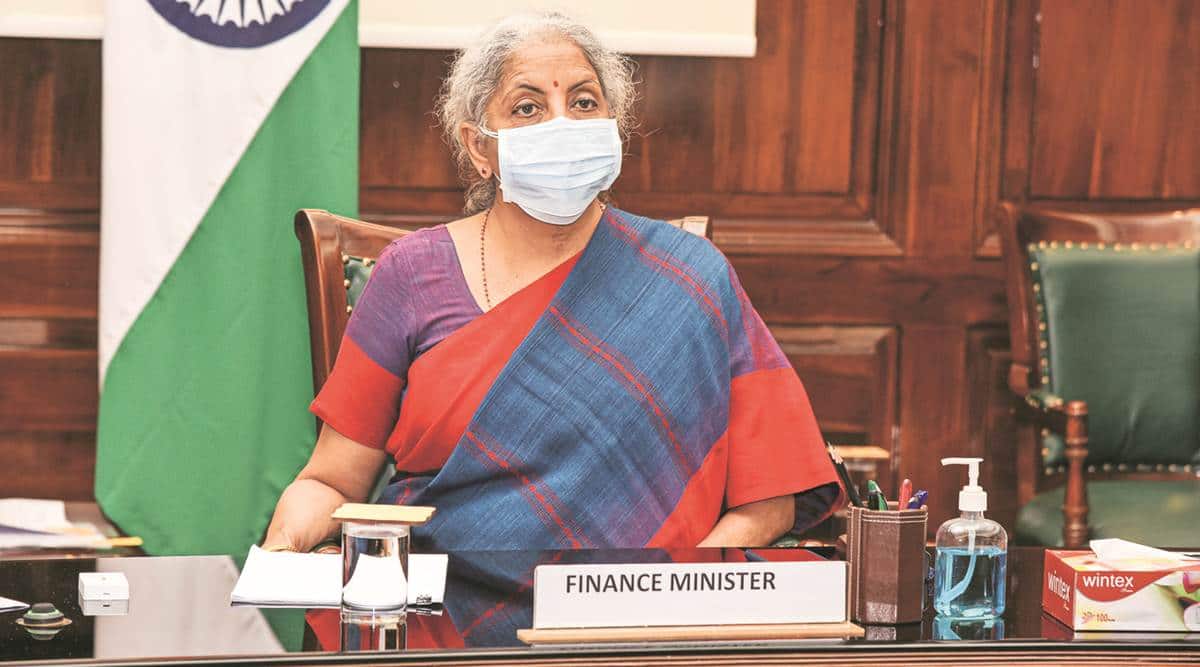 In two separate meetings with Infosys on Tuesday, Finance Ministry officials discussed the glitches affecting the newly launched income tax portal. Finance Minister Nirmala Sitharaman “expressed her deep concern on the various problems being faced by the stakeholders in the new portal which was expected to provide a seamless experience to taxpayers”, a Finance Ministry statement said.

The first meeting was attended by Sitharaman, Minister of State for Finance Anurag Thakur, Revenue Secretary Tarun Bajaj, CBDT Chairman Jagannath Mohapatra and other senior officials, wherein the Finance Minister exhorted Infosys to work on the tax portal to make it “more humane and user-friendly”. This was followed by another detailed meeting between senior officers of the Department of Revenue and the Infosys team, covering technical issues in the new portal.

“The FM asked Infosys to address all issues without further loss of time, improve their services, and redress grievances on priority as it was impacting taxpayers adversely,” the statement said. During the meeting, Infosys CEO Salil Parekh, COO Pravin Rao, and other company officials took note of the issues. Infosys informed that it has been working to fix the technical issues. It said at least five issues of e-proceedings, Form 15CA/15CB, TDS statements, DSC, viewing of past ITRs are expected to be resolved in about a week, the statement said.

Within four hours of its launch on June 7, the new income tax e-filing portal started developing glitches — ranging from basic login issues, inability to generate OTP for Aadhaar validation, password generation glitches, failure to link old data for past returns, and problems in filing returns — following which the Finance Ministry called for a meeting with the project’s vendor, Infosys, to address stakeholder concerns and suggest remedial measures. The Ministry had received more than 700 emails from stakeholders detailing over 2,000 issues including 90 unique issues/problems in the new portal.

During the meeting, Sitharaman emphasised that enhanced taxpayer service is an important priority for the government and every effort should be made to amplify the same. The meeting was attended by 10 tax professionals, including representatives of ICAI and All India Federation of Tax Practitioners (AIFTP).

The e-filing portal http://www.incometax.gov.in was launched on June 7, which the tax department as well as the government said was aimed at making compliance more taxpayer-friendly. This is the portal that common income taxpayers will also use to file their annual returns for assessment year 2021-22, for income earned in financial year 2020-21. The last date for filing of such returns by individual taxpayers is September 30.

Ahead of Tuesday’s meeting with Infosys, the Finance Ministry had on June 16 invited written representations from stakeholders about glitches or issues faced on the new I-T e-filing portal.

The Cabinet approved an expenditure sanction of Rs 4,241.97 crore for Integrated e-Filing & Centralized Processing Center (CPC) 2.0 Project of the Income Tax Department on January 16, 2019 from FY 2018-19 to FY 2026-27, which includes payout to Infosys. The letter of award of contract was issued to Infosys on January 23, 2019, to design, develop, implement, operate and maintain CPC. Infosys was awarded the contract in 2019 to develop a new income tax filing system that would reduce processing time for returns from 63 days to one day, and expedite refunds.

Why does China consistently beat India on soft power?