Share/Stock Market Highlights: The topline equity indices on the BSE and National Stock Exchange (NSE) snapped out of their two-day losing streak and climbed around 0.5 per cent on Tuesday taking cues from the Asian markets.

Among NSE sectoral indices, the Nifty Realty index was the biggest gainer of the day, settling 1.93 per cent high led by Godrej Properties and Sunteck Realty. It was followed by the Nifty Media index which climbed 1.04 per cent led by Zee Media Corporation, Zee Entertainment Enterprises and TV18 Broadcast.

'Iran is under pressure from world leaders not to escalate the issue further. Due to ease in tension in the Middle East, market recovered from yesterday’s losses. Oil prices cooled as Iran a major crude exporter stayed away from retaliation. The first advance estimates for FY20 GDP by MoS is expected at 5% which is already factored by the market, not impacting further.'

Soybean prices on Tuesday rose by Rs 38 to Rs 4,222 per quintal in futures market as traders created fresh positions on strong spot demand.

On the National Commodity and Derivatives Exchange, soybean for January delivery rose Rs 38, or 0.91 per cent, to Rs 4,222 per quintal with an open interest of 58,230 lots.

Market players said raising of fresh positions by speculators on the back of higher demand mainly led to the rise in soybean prices.

Mustard seed prices on Tuesday rose by Rs 39 to Rs 4,515 per quintal in futures trade as speculators raised their bets amid limited supplies.

Coffee exports from India rose marginally to 3.50 lakh tonne in 2019 as compared to 3.48 lakh tonne in the previous year, according to the Coffee Board.

India is the third-largest producer and exporter of coffee in Asia.

Italy, Germany and Russia were the major export destinations for Indian coffee last year. India ships both Robusta and Arabica varieties, besides instant coffee. Click here to read the report

Guar gum prices on Tuesday rose by Rs 54 to Rs 7,360 per five quintal in futures trade as investors increased their holdings on spot demand.

Analysts said raising of bets by traders, following a firm tend in physical market, led to the rise in guar gum prices.

Coriander futures up on strong demand

Coriander prices on Tuesday climbed Rs 93 to Rs 6,312 per quintal in futures trade on strong domestic demand and restricted supplies from producing belts.

On the National Commodity and Derivatives Exchange, coriander for January delivery shot up by Rs 93, or 1.45 per cent, to Rs 6,312 per quintal with an open interest of 7,210 lots.

Cottonseed oil cake prices on Tuesday edged up by Rs 13 to Rs 2,111 per quintal in futures trade due to accumulation of positions amid upbeat trend in spot market.

Lead prices on Tuesday drifted lower by 2.63 per cent to Rs 148.05 per kg in futures trade as speculators cut bets on low demand.

Copper prices on Tuesday traded up by 0.22 per cent at Rs 447.30 per kg in futures market on the back of pick-up in spot demand.

Analysts attributed the rise in copper prices to raising of bets by participants driven by a pick-up in demand in spot market.

Nickel prices on Tuesday edged up by Rs 5.30 to Rs 1,029 per kg in futures trade as speculators built positions owing to rising demand from alloy-makers in domestic market.

Silver futures on Tuesday traded higher by Rs 58 to Rs 47,604 per kg after speculators raised bets, driven by a firm trend overseas.

In the international market, silver traded 0.31 per cent higher at USD 18.24 an ounce in New York.

Gold prices on Tuesday gained Rs 18 to Rs 40,490 per 10 gram in futures trade as investors continued to move towards the safe haven asset following rising tensions between the US and Iran.

Fresh positions built up by participants led to the rise in gold prices, analysts said. Petrol and Diesel prices on Tuesday Crude oil futures on Tuesday dropped 0.77 per cent to Rs 4,503 per barrel after soaring in previous sessions following tensions between the US and Iran.

According to analysts, markets are awaiting Iran's next step after the killing of its top commander.

The tensions in Middle East region rose after US killed top Iranian commander Qasem Soleimani following an air strike on Baghdad's international airport on Friday. Soleimani's killing was the most dramatic escalation yet in spiralling tensions between Iran and the US, already hit by serious differences over Tehran's ambitious nuclear programme.

Globally, the West Texas Intermediate (WTI) was trading lower by 0.93 per cent at USD 62.68 per barrel. Meanwhile, Brent crude, the international benchmark, edged lower by 1.07 per cent to USD 68.18 per barrel in New York.

Markets view the rally in Brent oil prices, triggered by geopolitical tensions, as a threat to the improvement in India’s FY20 current account deficit and forecasts for a balance of payment surplus, according to a report. 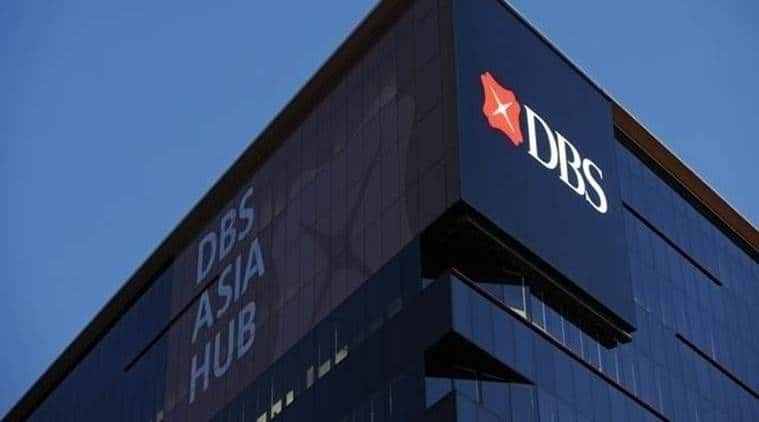 Among the sectoral indices on the National Stock Exchange (NSE), the Nifty Metal index was the top gainer climbing over 1.1 per cent at noon. It was closely followed by the Nifty Realty index.

Here's a look at the performance of the sectoral indices on the NSE at noon.

After surging over 550 points in the morning, the S&P BSE Sensex was up over 250 points at noon. Here's how other key BSE indices were performing in the noon trade.

A bench of justices R F Nariman and S Ravindra Bhat said, “We don’t find any merits in the appeal”. Click here to read the story The report raises further questions about how China will meet a target of spending billions of dollars more on US agricultural goods as the two countries look to reach an initial agreement to calm an extended trade war. Click here to read the complete story The Reserve Bank of India (RBI) has granted “in-principle” approval to Shivalik Mercantile Co-operative Bank for transition into a small finance bank (SFB). This is the first licence issued by the RBI to an urban co-operative bank (UCB) to become an SFB under its new policy regime.

As per the RBI, the transition will be under the “Scheme on voluntary transition of Urban Co-operative Bank into a Small Finance Bank” issued on September 27, 2018. “The ‘in-principle’ approval granted will be valid for 18 months to enable the applicant to comply with the requirements under the scheme, the guidelines for ‘on tap’ licensing of SFBs in the private sector dated December 5, 2019 and fulfil other conditions as stipulated by the RBI,” the RBI said. Click here to read the report

The Reserve Bank of India has decided to tighten the supervisory action framework (SAF) of primary urban co-operative banks to bring about the desired improvement in the UCBs, as also expeditious resolution of UCBs experiencing financial stress.

“A UCB may be placed under SAF when its net NPAs exceed 6 per cent of its net advances,” the RBI said. The RBI will continue to monitor asset quality, profitability, capital and net worth of UCBs under the revised SAF, it said. Click here to read the story 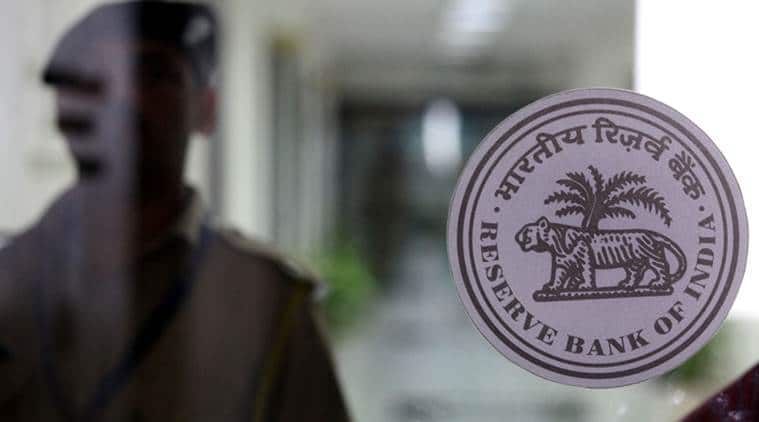 The Finance Ministry is likely to provide income tax relief to the middle class in the upcoming Union Budget 2020-21, according to two senior government officials.

A series of discussions have been held within the government to promote economic growth and a reduction in the tax burden is seen as having a direct impact on boosting consumption. Click here to read the complete story INTERVIEW | ‘If the US-Iran tension spins out of control, the implications are unknown’, says NSE MD and CEO Vikram Limaye

Spooked by rising tension between the US and Iran and rising crude prices, the benchmark Nifty at NSE and Sensex at BSE fell 1.9 per cent each on Monday. Vikram Limaye, MD and CEO, National Stock Exchange (NSE), told Sandeep Singh that if the US-Iran tension spins out of control, the implications would be unknown globally. Stating that India can’t be immune as an economy and as a market, he said the only hope is that other countries and the UN would weigh in and won’t let a knee-jerk response take place. He also spoke about the need for broad basing the Indian market with quality stocks that have liquidity as the concentration of fund flow in few stocks is a risk. Click here to read the complete interview 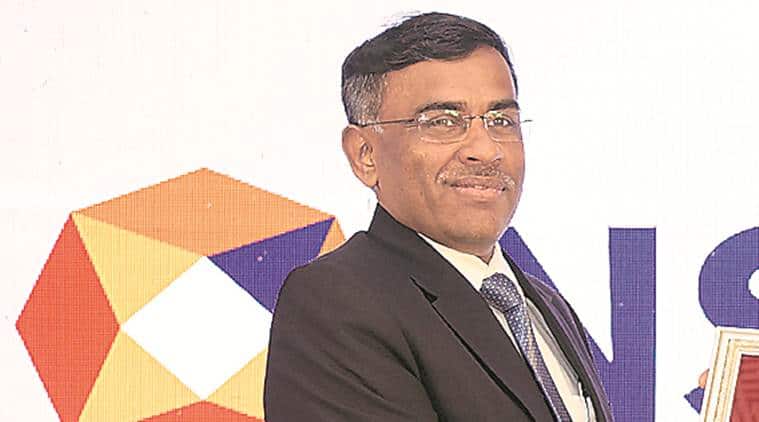 Oil prices fell more than 1 per cent on Tuesday as investors reconsidered the likelihood of Middle East supply disruptions in the wake of the United States killing a top Iranian military commander.

Asian shares rebounded on Tuesday as a day passed without any new escalation in the Middle East and Wall Street erased early losses to end in the black as tech stocks climbed.

MSCI's broadest index of Asia-Pacific shares outside Japan added 0.6 per cent, recouping almost all of Monday's losses. Japan's Nikkei rallied 1.3 per cent and Shanghai blue chips advanced 0.5 per cent. E-Mini futures for the S&P 500 firmed 0.1 per cent, while EUROSTOXX 50 futures rose 0.4 per cent.

Shares had fallen sharply on Monday as Iran and the United States traded threats after a US airstrike killed a top Iranian commander. The mood calmed a little as the session passed with no new aggression.

In percentage terms, the gains in the S&P BSE Sensex were being led by IndusInd Bank, SBI, HDFC Bank, Reliance Industries (RIL), Tata Steel and Axis Bank. The losers comprised only of the information technology (IT) stocks - Tech Mahindra, HCL Technologies and TCS.

HDFC twins, which comprise of HDFC Bank and HDFC and oil-to-telecom heavyweight Reliance Industries (RIL) were the biggest contributors to Sensex’s fall on Monday.