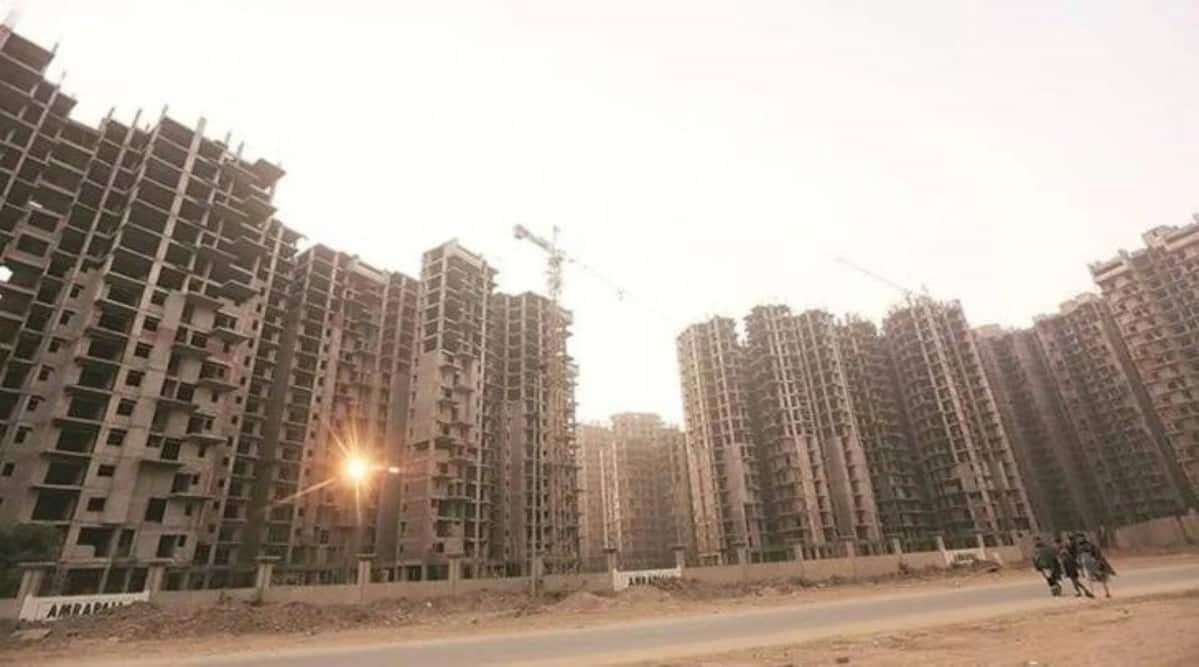 The sentiment index is based on the survey of supply-side stakeholders like developers, investors, and financial institutions. (Representational)
Listen to this article
Sentiment in realty sector drops in December quarter but remains positive; future sentiment scores up: Report
x
00:00
1x 1.5x 1.8x

The sentiment index in the real estate sector dropped in October-December 2022 but remained in a positive zone amid geopolitical concerns and a bleak global economic outlook, according to Knight Frank and Naredco.

The future sentiment index, which reflects the outlook for the next six months, improved marginally.

The sentiment index is based on the survey of supply-side stakeholders like developers, investors, and financial institutions.

A score above 50 indicates optimism in sentiments, a score of 50 means the sentiment is the same or neutral, while a score below 50 indicates pessimism.

The moderation in sentiment was mainly on account of a bleak global economic scenario and geopolitical risks due to the prolonged Russia-Ukraine war, the consultant said.

However, the report mentioned that the continued resilience of the Indian economy and of the real estate industry has influenced an upward movement in the ‘Future Sentiment Score’, which increased from 57 in Q3 2022 to 58 in Q4.

Knight Frank India CMD Shishir Baijal said, “The strength of domestic demand with relatively better inflationary position and nuanced monetary policy actions placed India as one of the leading performers in an uncertain global environment plagued by early recessionary trends.” This is reflected in the performance of the real estate market in the country as demonstrated by the robust office and residential sales in 2022, he added.

This should reflect well on demand and help the residential market remain largely buoyant, he hoped.
“However, globally, the possibility of further rate hikes in key markets like the USA and UK may lead global investors to remain watchful,” Baijal said.

The long-term outlook for India remains strong with a positive outlook for future real estate activities, he said.

Rajan Bandelkar, President, Naredco, said, “The Future Sentiment Score is really encouraging and reflects the optimism amongst the stakeholders given the strong post-Covid recovery in the economy and more so in the real estate sector.” The strong fundamentals of the Indian economy along with the robust recovery in both demand and inventory supplies in the housing sector have set the momentum for the year ahead and this optimism is here to stay, he added.

Inflation is so high in Egypt that eggs are a luxury