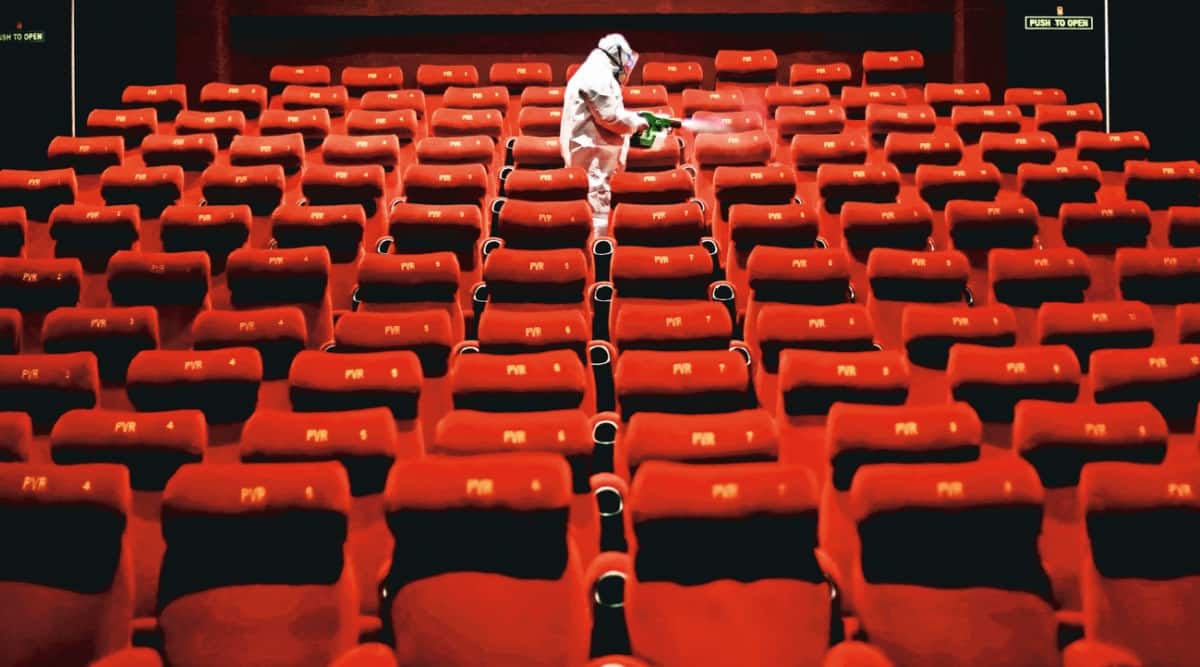 A PVR multiplex in New Delhi. PVR and INOX said the merger will combat adversities posed by the advent of various OTT platforms and the after-effects of the pandemic. (Reuters/file)

Shares of multiplex operators PVR and INOX Leisure hit their respective upper circuits in early trade on Monday surging to their 52-week highs after the two companies announced a merger to form the largest entertainment company in the country.

PVR and INOX Leisure on Sunday announced a merger deal to create the largest multiplex chain in the country with a network of more than 1,500 screens. The boards of directors of the two companies at their meetings held on Sunday approved an all-stock amalgamation of INOX with PVR, the two companies said in separate regulatory filings.

Explained |Significance of PVR-INOX merger, its impact on entertainment industry

Post merger, the promoters of INOX will become co-promoters in the merged entity along with the existing promoters of PVR.

The combined entity will be named PVR INOX Ltd with the branding of existing screens to continue as PVR and INOX respectively. New cinemas opened post the merger will be branded as PVR INOX, it added.

The merger is likely to augur well for the growth of the Indian cinema exhibition industry, besides ensuring tremendous value creation for all stakeholders, including customers, real estate developers, content producers, technology service providers, the state exchequer and the employees.