Gujarat has the lowest cost among the western region peers due to nil debt/interest costs. 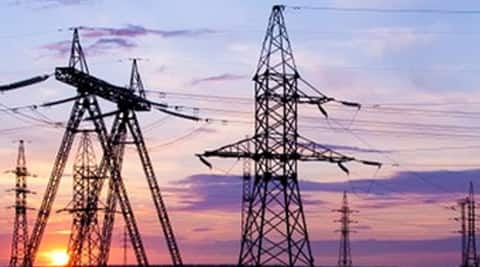 Best practices for other SEBs: Under the leadership of Narendra Modi, Gujarat has seen an impressive turnaround in the power sector—its distribution arm has an eight-year-long profitable track record and supplies 24×7 power. Losses were cut via the landmark ‘Jyotigram’ feeder separation, which could apply to three (MP, UP, Rajasthan) of the five troubled SEBs. Power being a concurrent subject, it would be interesting to monitor the pace and speed at which the Centre is able to incentivise the adoption of best practices by the states. This could remove the biggest bane of the Indian power sector—financial viability for SEBs—and significantly reduce working capital pressure for banks and IPPs (independent power producers).

We believe a combination of strong initiatives backed by political intent, not just the Jyotigram scheme, have led to the implementation of a comprehensive solution. The following helped Gujarat deliver sustained profitability: (i) the Jyotigram scheme for feeder separation helped in the reduction of AT&C (aggregate technical & commercial) losses to 19% vs. the country average of 26%; (ii) advance action on building sufficient generation capacities and the tie-up of low-cost power on a long-term basis; (iii) deleveraged state distribution company balance sheet to zero debt; (iv) higher revenues from the industrial (42%) sector through promotion and sale of excess power to other states.

Why is the Gujarat power sector different?

The Gujarat power sector has been at the forefront of discussions, thanks to its stupendous turnaround story, 24×7 power supply and its status as the only one in states to remain profitable since 2006. The new power minister visited Gujarat recently to study the sector, and is contemplating replicating many of its best practices to other states. We analyse the reasons behind the success story beyond the well-known ‘Jyotigram’ scheme. What has made the model popular?

The Gujarat tariff gap has been among the lowest as it has been able to keep the cost of power under stringent check. Key reasons are: What is behind the profitability of distribution companies?

Apart from cost control, analysis of revenues suggests a benign regulatory environment (read cost-reflective tariffs) and favourable mix of customers. Despite paying a high subsidy for agri consumers, Gujarat has remained profitable. This is largely for the following reasons:

* It’s the only state to have significant surplus power sale to other states, leading to R27 bn additional revenue advantage over other states. Maharashtra has also implemented a feeder separation scheme. West Bengal is also a profitable SEB largely due to regular tariff rationalisation.

Gujarat implemented the Rural Feeder Segregation Scheme, popularly known as the Jyotigram Scheme, under which it bifurcated its transmission lines catering to rural areas for households and agricultural purposes. It helped the state in mapping and controlling the power supply to subsidised agri-consumers from residential consumers, who have to pay normal domestic tariffs. Whereas agri-consumers get a few fixed hours of regular single phase supply, residential consumers are supplied 24×7 power at regular tariffs. The benefit of feeder separation is that it eliminated the diversion of subsidised power for household use, a key reason for losses historically.

Typically, losses are hidden under the un-metered agricultural power supply by a few state distribution companies. While feeder separation helped Gujarat in identifying and tackling losses, it is the combination of several other concrete steps like reasonable power tie-up for the long term, booming industry demand, deleveraging distribution company balance sheets and law & order enforcement to curtail theft, which resulted in the turnaround for Gujarat’s power sector.

Replication needs to be tailored:

Electricity is a concurrent subject, i.e., under state government jurisdiction. Hence, the Centre can only recommend, but states need to implement. We believe the Jyotigram scheme may not be an all encompassing panacea–every state has different issues and dynamics, which need tailored solutions. For example, TN has high financial losses but low AT&C losses and only 19% power consumption in agri, hence, the problem areas are costly power, inadequate power tie-up and insufficient tariffs. Hence, in our view, three (MP, UP and Rajasthan) of the five troubled states need urgent feeder separation, metering and hence, AT&C loss reduction.

We prefer private IPPs over regulated companies, as they are more leveraged to reforms, with higher financial and operating leverage. Valuations have rebounded from low levels, but are still at a 10-60% discount to historical averages. We prefer CESC (business turn and valuation support), and JPVL—JP Power Ventures—(thermal growth and deleveraging) and Tata Power (deleveraging and catalysts from cash growth), and JSW Energy (good free cash flow, but Hold on high valuations and reducing merchant tariff premium in south). Adani Power (Hold) and Reliance (Sell) require favourable orders to cover fixed cost escalations. We recommend Buy on Powergrid (super asset growth cycle and 13x PE), Hold on NTPC (limited growth 1% EPS CAGR and 13x PE) and a Sell on NHPC (valuations not commensurate with low single-digit ROE). Key risks to our view are lower-/higher-than-expected domestic coal supplies, execution, and prolonged low demand.