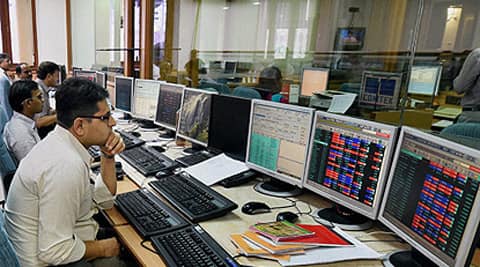 After two sessions of losses, the benchmark BSE Sensex recovered sharply by over 127 points in early trade today on emergence of buying by funds and retail investors amid a firming trend in other Asian markets.

Brokers said a firming trend in the Asian region, tracking overnight gains in US markets boosted by speculation that the Fed is unlikely to start raising interest rates soon, influenced the sentiments here.

Among other Asian markets, Hong Kong’s Hang Seng was up by 1.01 per cent while Japan’s Nikkei rose 0.23 per cent in early trade today.

The US Dow Jones Industrial Average ended 0.59 per cent higher in yesterday’s trade.