In July-Feb, exports from Pakistan valued $286 million, a sharp rise of 14 per cent 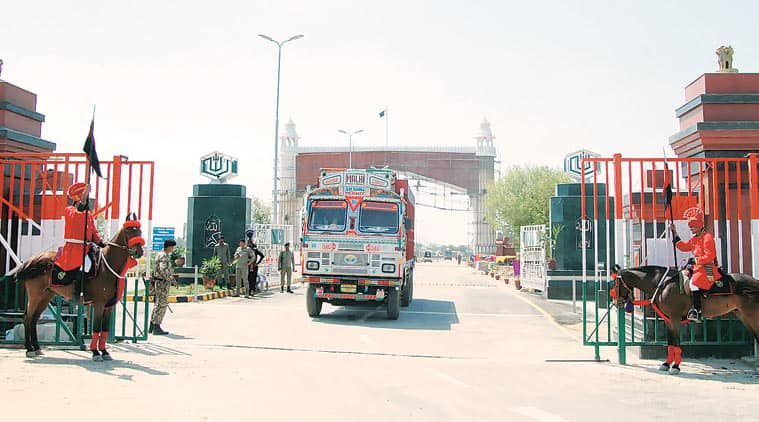 A truck with goods crosses the border in Punjab. (Source: Express photo)

Despite mounting tensions between the two neighbouring countries, Indo-Pakistan trade has increased in the current fiscal year, according to a report. During the first eight months of 2016-17, Pakistan has increased its exports significantly while dropping the imports by 23 per cent, however, India holds the trade momentum, as per ANI reports.

The State Bank of Pakistan (SBP) report published in Dawn, as reported by ANI, states that in July-Feb, exports from Pakistan valued $286 million, a sharp rise of 14 per cent while the imports from India goes down to $958.3 million from $1,244 million. The major export product from Pakistan is cement, which has a huge demand in this country. “A slight consolation was continued strong demand for Pakistani cement from India. This partially offset the declines witnessed in the two other major markets,” said the SBP report.

Despite the sharp rise of trades between India and Pakistan, Pakistan had a trade deficit of $672 million in the first eight months of the current financial year.

In 2015-16, India has imported four times more than exports from Pakistan.