"The interesting thing is, even if you reach USD 5 trillion, the per capita income in India will grow from the current level of USD 1800 to USD 3600. Even then, India will be called low-middle income country," said C Rangarajan. 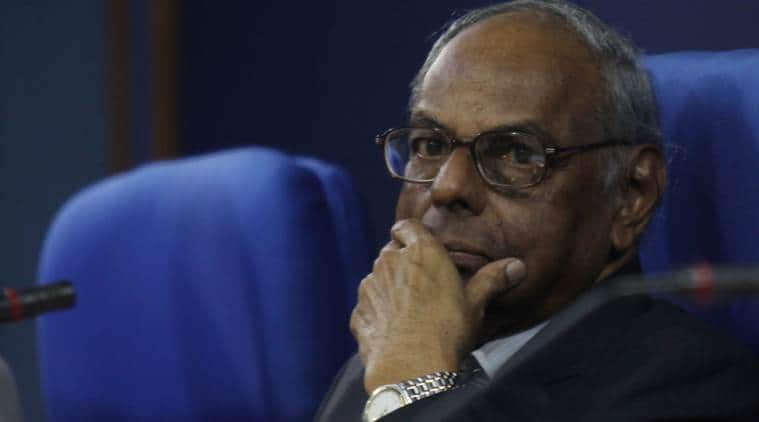 C Rangarajan was speaking at a lecture organised by a B-school in Ahmedabad. (file photo)

Claiming that India will need another 22 years of sustained growth to become a “developed country,” former Reserve Bank of India (RBI) governor C Rangarajan said on Thursday that at the current growth rate, India becoming a USD 5 trillion economy by 2025 is “simply out of question.”

“People are talking about USD 5 trillion economy. Today India’s economy is about USD 2.7 trillion and we are talking about doubling this. The required rate of growth of the economy to achieve the level of USD 5 trillion by 2025 is in excess of 9 percent per annum. Reaching USD 5 trillion by 2025 is simply out of question. You have lost two years. This year it is going to be six percent growth and next year also it will be probably about seven percent. Thereafter the economy may pick up,” said Rangarajan while delivering the 7th Yasaswy Memorial Lecture organised by IBS-ICFAI Business School on the topic, “The Current Economic Situation.”

“The interesting thing is, even if you reach USD 5 trillion, the per capita income in India will grow from the current level of USD 1800 to USD 3600. Even then, India will be called low-middle income country,” said the economist who was awarded the Padma Vibhushan in the year 2002.

“In order to become a high middle income country, the per capita income has to USD 3800 which will take another few years… The definition of a developed country is one whose per capita income is USD 12000. It will take 22 years for India to grow at 9 percent per annum to reach there. The task before us is highly daunting. We need to get out of the current slowdown as quickly as possible,” he told the gathering at Ahmedabad Management Association (AMA).

Pointing out the Indian economy grew “far short of expectations” at 3.5 percent annually for the first 40 years after the country’s independence, Rangarajan said the annual average growth rate improved in the 1990s to 6.8 percent, especially after liberalisation in 1992-93. “The highest rate of growth that we have seen in India, is between 2005-06 and 2007-08, when the annual average rate of growth of the economy was 9.4 percent… In 2008-09, the growth rate fell down because of the international financial crisis. But in 2009-10 and 2010-11, once again the growth rate picked up and went beyond 8 percent,” he said.

Stating that the economy was currently experiencing “slowdown”, the veteran economist said the economic growth has slowed down from 8.2 percent in 2015-16 to 6.8 percent 2018-19.

“So the economy has declined even as per the new series of data… If you look at the quarterly data of 2017-18, the growth in fourth quarter was 8.1 percent, and as per the first quarter of 2019-20, the growth has come down to 5 percent. There is no doubt about the fact that the Indian economy has slowed down and it is a matter of concern,” Rangarajan said adding that economic growth during the current year will not be more than 6 percent.

Claiming that the government could increase its expenditure as one of the measures to prop up the economy, he said the scope of government implementing is limited as “many of the revenue projections made in the Union budget may go wrong.” He said Goods and Services Tax was not providing “enough revenue” as projected earlier. Stating that both long term and short term measures are needed, he said disinvestment can help in providing funds to the government to a certain extent. Increasing FDI and exports can also help to tide over the crisis,” he added.