The government is planning to set up five scrap-based steel plants within a year, at an investment of Rs 500 crore, to ensure that a chunk of the country's targeted steel output is met. 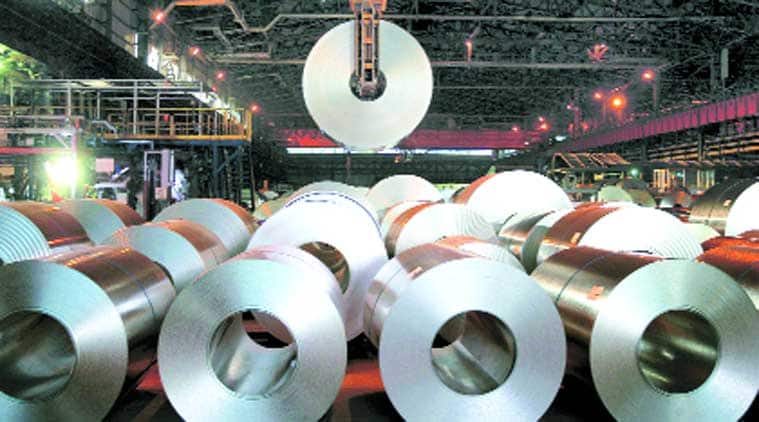 The government is planning to set up five scrap-based steel plants at an investment of Rs 500 crore within a year to ensure that a chunk of the country’s targeted 300 million tonne steel output is met through scrap.

“Within one year all the five (scrap-based) plants will come,” Steel Secretary Aruna Sharma told PTI, adding that in each plant around Rs 100 crore would be invested.

India’s target is to more than double the steel output by 2030, from 10 MT at present. “…from 126 MT (million tonnes) to 300 MT (of steel output) that we are eyeing, in that everything will not come from the fresh iron. So it will be coming from the scrap,” she said.

Stressing that all the scrap will be reused to make steel, Sharma said that by 2030 around 30-40 million tonnes of steel would be made from scrap. Stating that the first such plant would come up next month in Noida, Uttar Pradesh, she said, “after Noida we will start in Southern India, then in Western India, Central India then one more in Northern India”.

State-run metal scrap trading firm MSTC has signed a joint venture (JV) agreement with Mahindra Intertrade for setting up the first such plant.

“As of now the JV is between MSTC and Mahindra. Hyundai has shown interest for Southern India. So they will also join the same group. What we are saying is that it is MSTC Mahindra JV (and) anybody can join them,” Sharma said.

Mahindra Intertrade is a part of Mahindra Partners Division of the USD 17.8 billion diversified Mahindra Group, while the mini-ratna public sector undertaking (PSU) is engaged in the export of ferrous scrap.

The country’s annual scrap requirement is 5-6 million tonnes, which at present is done through imports. The government had earlier said that the scrap—based steel plants which are environment—friendly, energy—efficient and cost effective would be on the lines of ‘melt and manufacture’ steel technology used in the US.