Rupee furthers gains by 44 paise to 69.26 against US dollar

Rupee opened strong at 69.48 and later rose to the day's high of 69.10 at the interbank forex exchange market. 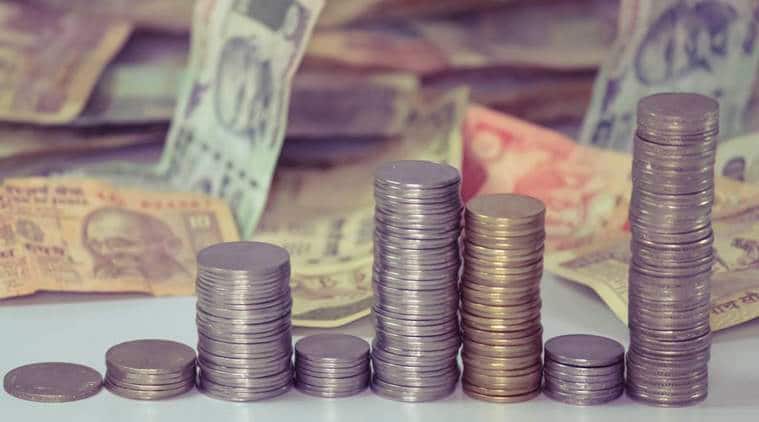 The Indian rupee Monday appreciated by another 44 paise to close at 69.26 to the US dollar in line with an intense rally in domestic equities amid hopes of a rate cut by the Reserve Bank.

The domestic currency opened strong at 69.48 and later rose to the day’s high of 69.10 at the interbank forex exchange market.

The Indian unit finally settled at 69.26, higher by 44 paise from the previous close. The rupee Friday had settled at 69.70 to the US dollar.

This is the second straight session of gain for the domestic currency, during which it has strengthened by 58 paise.

Forex traders said the rupee strengthened on expectation of a rate cut in key policy rates by the Reserve Bank of India.

The dollar index, which gauges the greenback’s strength against a basket of six currencies, fell 0.11 per cent to 97.64.

“Fall in US treasury yields and bets for the US interest rate cut weighted on the American Dollar,” Sharma said.

Meanwhile, the 10-year government bond yield was at 6.99 per cent on Monday, against the previous close of 7.03 per cent on Friday.

According to Sharma, sharp fall is being witnessed in crude oil prices in the last three sessions and the same helped the rupee to appreciate against the dollar.

Benchmark equity indices ended at their life-time highs on Monday. The 30-share Sensex also saw its all-time peak in intra-day trade at 40,308.90; while the 50-share Nifty rose to 12,103.05 during the session to mark its all-time high.