Data from the Reserve Bank shows that the central bank held 743.84 metric tonnes of gold as of September 2021, more than 11 per cent compared to 668.25 tonnes of the yellow metal held in September 2020. 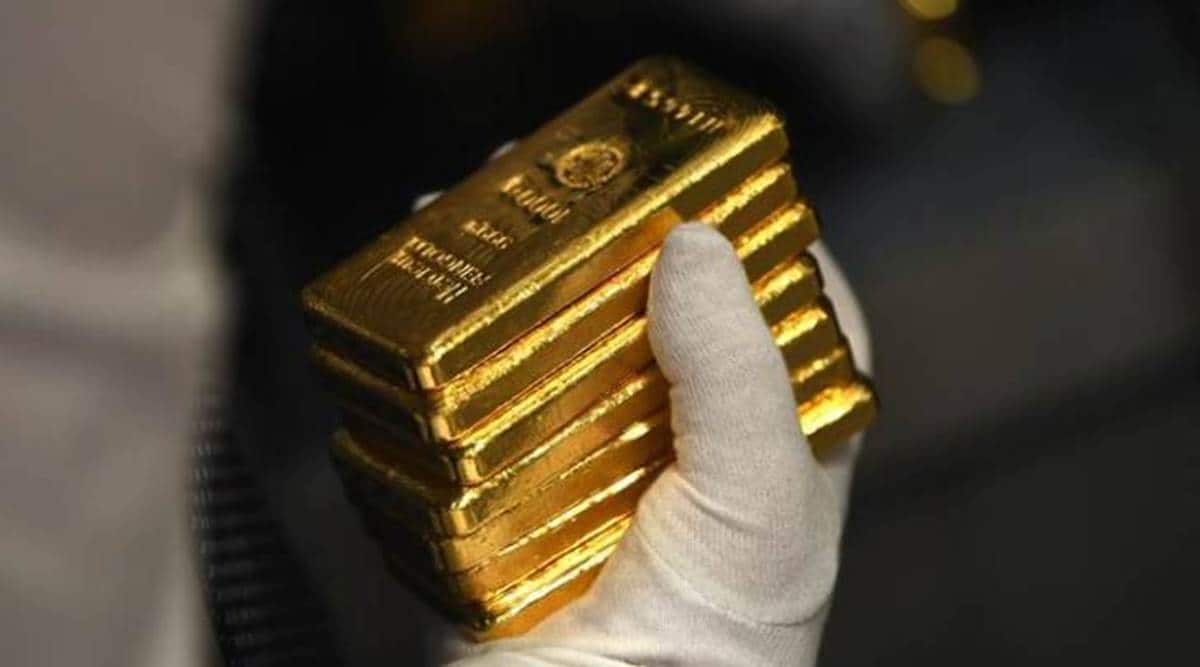 Data from the Reserve Bank shows that the central bank held 743.84 metric tonnes of gold as of September 2021.

India is adding more gold to its rising foreign exchange kitty of $640 billion. The Reserve Bank of India (RBI) has acquired 75.59 tonnes of gold in the last 12 months, boosting the gold reserves of the country significantly.

Data from the Reserve Bank shows that the central bank held 743.84 metric tonnes of gold as of September 2021, more than 11 per cent compared to 668.25 tonnes of the yellow metal held in September 2020.

The RBI’s gold holding has gone up by 125.6 tonnes in the last two years, making India the word’s ninth-largest holder of gold reserves.

While 451.54 metric tonnes of gold is held overseas in safe custody with the Bank of England and the Bank for International Settlements (BIS), 292.30 tonnes of gold is held domestically, says the RBI’s Report on Management of Foreign Exchange Reserves. In value terms (USD), the share of gold in the total foreign exchange reserves increased marginally from about 5.87 per cent as at end-March 2021 to about 5.88 per cent as at end-September 2021.

Although gold no longer plays a direct role in the international monetary system, central banks and governments still hold extensive gold reserves to preserve national wealth and protect against economic instability. Central banks are buying gold at an ever-increasing pace. In 2018 alone, they purchased more gold than at any time since the end of the gold standard – and they have been net buyers for 11 straight years. “Today, gold is the third largest reserve asset globally, following US dollar- and euro-denominated assets. Moreover, gold is increasingly used as collateral in financial transactions, much like other high-quality, liquid assets such as government debt,” says the World Gold Council.

According to the 2021 Central Bank Gold Reserves (CBGR) survey, 21 per cent of central banks intend to increase their gold reserves over the next 12 months. Central banks are also increasingly valuing gold’s performance during periods of crisis as this attribute now tops their rationale for holding gold.

The RBI says the major sources of market risk for central banks are currency risk, interest rate risk and movement in gold prices. Gains/losses on valuation of FCA and gold due to movements in the exchange rates and/or price of gold are booked under a balance sheet head named the Currency and Gold Revaluation Account (CGRA). The balances in CGRA provide a buffer against exchange rate/gold price fluctuations. “The dated foreign securities are valued at market prices as on the last business day of each week and month and the appreciation/depreciation arising therefrom is transferred to the Investment Revaluation Account (IRA). The balance in IRA is meant to provide cushion against changes in the security prices over the holding period,” it said.

“We believe that central banks will continue to be net buyers of gold, although total purchase volumes may not be as large as in the previous decade,” WGC says. The slightly stronger conviction towards gold amongst respondents in this year’s survey may suggest that central banks have a clearer picture of their plans for the coming year, and is supportive of continued gold purchases from the official sector.