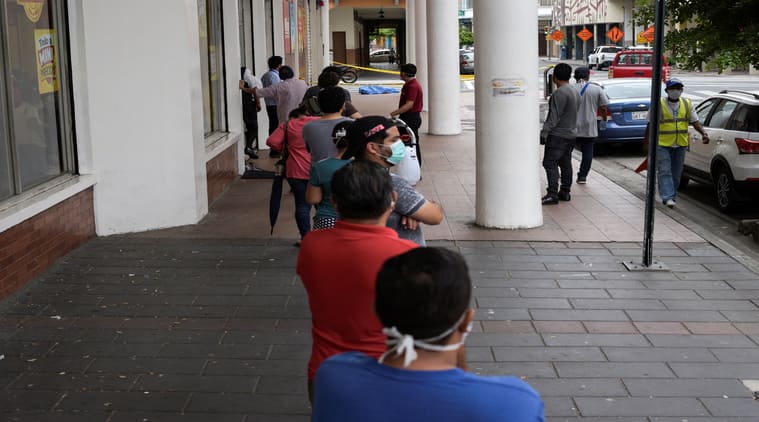 The Centre’s direct tax receipts had last seen a year-on-year decline in 1998-99, when collections recorded a contraction of 3.5 per cent in that financial year. (File)

Amid the ongoing economic slowdown, the government’s net direct tax collections have missed the downward revised target for 2019-20 by Rs 1.42 lakh crore at Rs 10.27 lakh crore, a decline of over 8 per cent from previous year’s receipts. The contraction in direct tax collections in the financial year, coming just ahead of the COVID-19 spread in India and resultant lockdown impacting business operations across the country, has been witnessed after a gap of 20 years. The Centre’s direct tax receipts had last seen a year-on-year decline in 1998-99, when collections recorded a contraction of 3.5 per cent in that financial year.

All the major centres recorded a dip, with Mumbai seeing a fall of 12 per cent in its collections, while Bengaluru and Delhi recorded a slide of 10.1 per cent and 9 per cent in collections, respectively. Kanpur and Bhubaneswar posted the steepest fall of over 17 per cent each among the 18 tax zones across the country.

In the Budget for 2020-21, presented in February, the government had revised the FY20 growth target for direct taxes to 2.9 per cent in the revised estimates from the initial 17.5 per cent in Budget estimate. With this low level of tax collections, the targeted growth rate for the direct tax targets for the current financial year is now at 28.3 per cent, a sharp jump over the assumed growth rate of 12.7 per cent at the time of the presentation of the Budget.

On the indirect tax side too, the government has already missed its Goods and Services Tax (GST) collections target.

A drop of 7.8 per cent in returns filing over last month, 4 per cent fall over last year in domestic revenue, and a sharp 23 per cent contraction in revenue from imports led to the fall in GST collections in March below the Rs 1 lakh crore mark, with the Centre missing its RE for 2019-20 by Rs 22,204 crore at Rs 5.90 lakh crore.