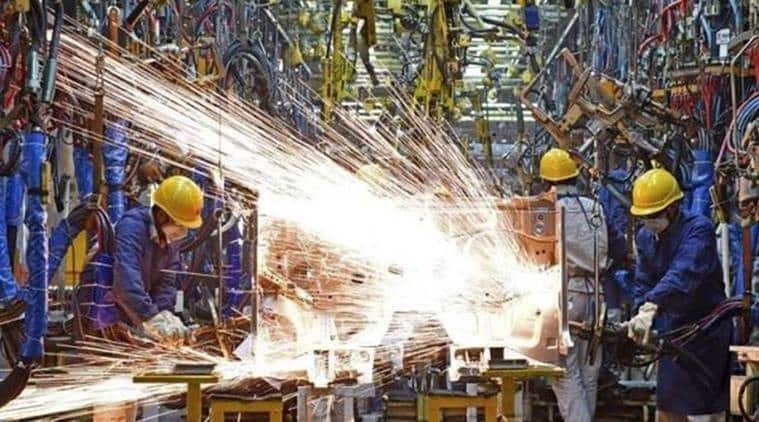 Gross Domestic Product (GDP) 4th Quarter Data: Offering the first glimpse of the extent to which the Covid-19 outbreak and subsequent lockdown could impact the economy, the Gross Domestic Product (GDP) for the January-March quarter (Q4) grew by 3.1 per cent, as per provisional estimates released by Ministry of Statistics and Programme Implementation (MoSPI) on Friday. The GDP had expanded by 5.7 per cent in the corresponding quarter of 2018-19.

The growth in GDP during 2019-20 is estimated at 4.2 per cent, slowing to an 11-year low, as compared to 6.1 per cent in 2018-19, the statement said. The RBI had pegged the GDP growth for 2019-20 at 5 per cent as projected by the National Statistical Office in its first and second advance estimates released earlier this year in January and February respectively.

However, it should be noted that the full impact of the lockdown will not be reflected fully in the January-March quarter as the shutdown was announced by Prime Minister Narendra Modi on March 25.

This comes even as the Ministry of Commerce & Industry said the output of eight infrastructure sectors contracted by 38.1 per cent in April against 5.2 per cent growth year-on-year. The eight core industries comprise 40.27 per cent of the weight of items included in the Index of Industrial Production (IIP).

Chidambaram hits out at economic management of BJP

Hitting out at the “economic management” of the BJP government, veteran Congress leader P Chidambaram said he had predicted that GDP growth for Q4 would touch a new low at below 4 per cent.

“It has turned out to be worse at 3.1 per cent. This is pre-lockdown. Of the 91 days of Q4, lockdown applied to only to 7 days. It is a telling commentary on the economic management of the BJP government,” Chidambaram said.

Last week, the Reserve Bank of India (RBI) offered the first official acceptance that GDP growth will slip into negative territory this year, blaming it on the collapse in demand due to a slide in private consumption following the Covid-19 lockdown.

The central bank has, however, pointed to the likelihood of some pick-up in growth impulses beginning the second half of 2020-21.

RBI Governor Shaktikanta Das said the economic growth in 2020-21 is likely to be in the “negative territory” as the “macroeconomic impact of the pandemic is turning out to be more severe than initially anticipated”.

Moreover, the government data said fiscal deficit, which signifies the gap between government revenue and expenditure, widened to 4.59 per cent of GDP in 2019-20, higher than revised estimate of 3.8 per cent.

Finance Minister Nirmala Sitharaman while unveiling the budget in February pegged the fiscal deficit for 2019-20 at 3.8 per cent, up from 3.3 per cent in the original budget estimate.

The increase in the fiscal deficit has been mainly on account of shortfall in revenue collection during 2019-20. Total receipts of the government were Rs 17.5 lakh crore against the estimate of Rs 19.31 lakh crore.

The data showed the government’s total expenditure was Rs 26.86 lakh crore, lower than Rs 26.98 lakh crore projected earlier. The revenue deficit during the fiscal soared to 3.27 per cent of the GDP as against 2.4 per cent in the revised estimates.