Nirmala Sitharaman also rebutted criticism on the dividend distribution tax (DDT) which the Budget had abolished at the company level. Earlier, DDT was taxed at the corporate level, the budget proposed that it is taxed as income in the hands of investors. 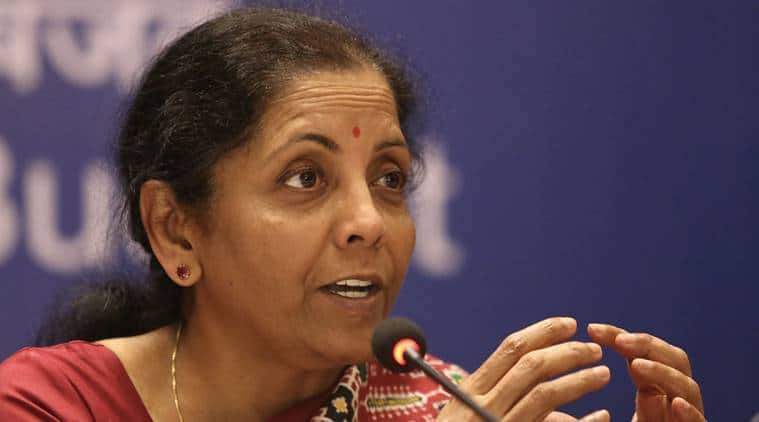 The government said Friday that its estimates show that about 80 per cent of individual taxpayers would switch to the new tax regime announced in the Union Budget last week and Finance Minister Nirmala Sitharaman said that the new tax regime is the first step towards a no-exemption lower tax system in India. Revenue Secretary Ajay Bhushan Pandey said that the Income Tax department had run a simulation on about 5.8 crore tax returns. It showed that 69 percent of existing tax payers will benefit from the new slabs while 11 per cent would see no change in their tax outgo by switching to the new system. Thus, the government’s expectation is that 80 percent will switch to the new system, which some experts had criticised as being too complicated since it had more income slabs.

Under the new system, tax payers who forgo deductions and exemptions such as those for housing loans, rent and so on, will have to pay income tax at lower rates.

Sitharaman also said that the new tax system is only a beginning. That’s why it was “not compulsory” but optional for tax payers.
The government introduced this new system with the intent of putting more money into people’s wallets. In the budget speech, Sitharaman had said this would put around Rs 40,000 crore (the government revenue forgone) in the hands of tax payers as the government tries to put the economy back on track.

Govt hopes more money to spend, savings can be hit

The government expects the bulk of those who file I-T returns to shift to the new simplified tax regime which does away with exemptions for long-term savings. More disposable income is expected to boost demand, and give an immediate fillip to growth. But lower savings will affect growth in the long-term, since less savings would mean less funds available for investments by businesses.

Sitharaman also rebutted criticism on the dividend distribution tax (DDT) which the Budget had abolished at the company level. Earlier, DDT was taxed at the corporate level, the budget proposed that it is taxed as income in the hands of investors.

“When DDT was taxed at company level it didn’t work, when it is taxed at shareholder level it is unacceptable. So should dividend be taxed or not?,” said Sitharaman.

“Our plan is to put more money in the hands of the retail investor and let them decide how they want to spend it,” Sitharaman said in an interaction with industrialists and the media on Friday.

Separately, Sitharaman said that the government is re-working the FRDI (Financial Resolution and Deposit Insurance) Bill but did not specify when it would be tabled in Parliament.

The FRDI Bill was initially introduced in 2018 to provide a way to limit the failure of financial firms such as banks, insurance companies and mutual funds much the same as the Insolvency and Bankruptcy Code acted for non-financial firms.

However, the government had to withdraw it in August 2018 after protests against a controversial “bail-in” clause which provided for depositors’ money to be used in the event of a bank failure. At that time, bank deposits only up to Rs 1 lakh were insured.
Now, the Union Budget last week had proposed to increase the deposit insurance coverage to Rs 5 lakh setting the stage for the re-introduction of the bill.

“We are working on the FRDI bill but not sure when it can get through the house”, said the finance minister.

She also said it was too early to make changes to the long term capital gains tax (LTCG) which was introduced in 2018. In the run-up to the Budget, investors and traders had lobbied hard for abolishing LTCG.

“LTCG was introduced in 2018 and by definition LTCG is (for) one year and in that year both the markets and the economy have faced their challenges. I have not had a reasonable chance to assess what I could get out of LTCG as it stands now, but the clamour is to withdraw it even before I have burnt my fingers. The reason why we didn’t go that far on LTCG because we want one year of reasonable response to it,” she said.

The economic affairs secretary Atanu Chakraborty defended the Rs 2.1-lakh crore disinvestment target for FY21 set by the Budget. He said that government will get Rs 50,000- 70,000 crore from minority stake sales in public sector units. He said the divestment target was reasonable and “fairly easy to meet.”

In addition, banking secretary Rajiv Kumar said that the government had started consultations with the department of investment and public affair management (DIPAM) for the initial public offer of the Life Insurance Corporation of India.

“A large majority of people will find the new regime advantageous,” Pandey said.

I assure you CAA won’t lead to outsider influx: PM in Assam