Demonetisation: Rs 14 lakh crore in old notes are back, only Rs 75,000 crore out

According to information now available with RBI and the government, about Rs 14 lakh crore in demonetised currency have been deposited with banks, so far. 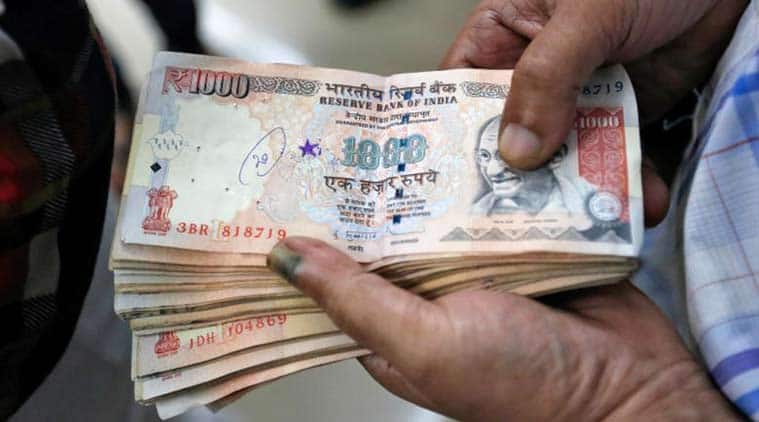 As on November 8, just before demonetisation, of the approximately Rs 17.50 lakh crore currency in circulation, the Rs 500 and Rs 1,000 notes made up about Rs 15.50 lakh crore, or 88 per cent of the total. (Representational image)

The government is resigned to the prospect of only about Rs 75,000 crore in demonetised Rs 500 and Rs 1,000 notes not returning to the formal banking system, a top official said.

When the decision to scrap these high-denomination notes was taken, the government had estimated that up to Rs 3 lakh crore or almost 20 per cent of the total value of demonetised currency would not return, and be available for spending once the liability is extinguished.

According to information now available with the Reserve Bank of India (RBI) and the government, about Rs 14 lakh crore in demonetised currency have been deposited with banks, so far.

WATCH VIDEO | Who Suggested Demonetisation? Was It Government Or Reserve Bank Of India?

“We also now know for sure that another Rs 50,000 crore in old notes of Rs 500 and Rs 1,000 were already available with banks when Prime Minister Narendra Modi announced the decision to demonetise the high-denomination currency,” the official told The Indian Express.

To expedite the return to normalcy, the government, nevertheless, sought the RBI’s opinion to know if it could release about Rs 75,000 crore from its own currency reserves.

But the RBI has been of the opinion that the situation would be close to normal in another fortnight or so with almost Rs 2-2.5 lakh crore additional currency, freshly printed, being dispatched to the currency chests of banks.

“The RBI has about 60 large-sized machines that are calibrated to distinguish the fake and counterfeit notes from the wads of returned currency. But even if they work for 12 hours, these 60 machines are estimated to take 600 days to complete the job,” said another official.

The government is considering a proposal to decentralise the process of counting. “We are looking if banks can be involved to finish the task much earlier,” the official said.

Centre, state go all out to make Vibrant Gujarat Summit a success