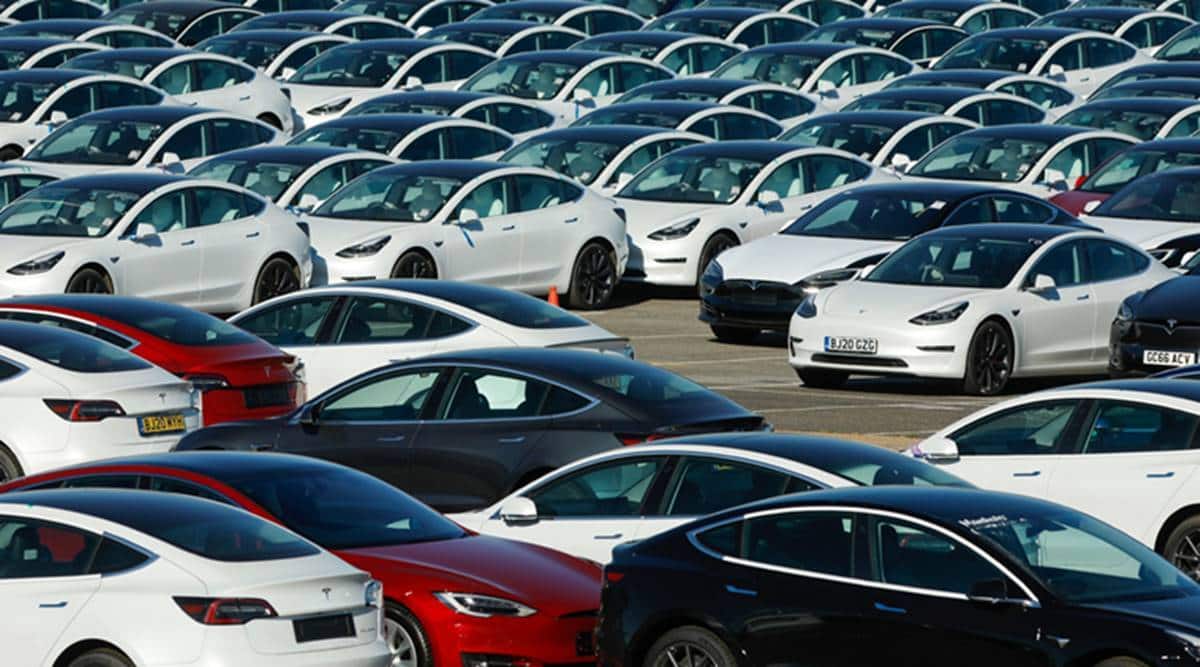 cars launched in the past two-three months have been getting huge bookings, even though there is not enough clarity by when carmakers will be able to deliver them. (Bloomberg/Representational)

The automobile industry is going through a phase where demand is high but supply-side constraints due to chip shortage are playing spoilsport as manufacturers have to curtail production.

This is leading to high bookings for newly launched models as well as the popular selling ones. The end result is that the waiting period for buyers could go on increasing over the next few months.

Hot-selling models like Hyundai Creta, Kia Seltos and Maruti Suzuki Swift, continue to see high demand. Apart from them, cars launched in the past two-three months have been getting huge bookings, even though there is not enough clarity by when carmakers will be able to deliver them.

For instance, Mahindra’s XUV700 SUV, whose bookings commenced on October 7, has clocked over 65,000 bookings in just two weeks, the carmaker said on October 20. Available in both five and seven-seat configurations, the XUV700 is priced starting at Rs 12.49 lakh (ex-showroom).

The Thar, in fact, has one of the longest waiting periods; the Federation of Automobile Dealers Associations (Fada) said the waiting period of the Thar diesel is 9-11 months, and that of the Thar petrol is 3-4 months. MG’s Astor, whose bookings started October 21 and which clocked 5,000 bookings within minutes, has been completely sold out for the calendar year 2021, the company said.

MG Motor India added that it aims to deliver these first 5,000 units within this year.

Bookings are still open but deliveries (of cars booked beyond the first 5,000) will happen only in 2022. The Astor is priced at Rs 9.78 lakh onwards.

Skoda’s Kushaq and Volkswagen’s Taigun are also getting strong bookings. Skoda announced in September that the Kushaq has crossed the 10,000-booking milestone. Similarly, the Taigun, which was launched on September 23, had clocked 12,221 pre-bookings (before even the announcement of its price). Both these SUVs are priced at Rs 10.49 lakh onwards.

The newest car to be launched is Tata’s Punch, priced Rs 5.49 lakh onwards. Shailesh Chandra, president, passenger vehicles business unit, Tata Motors, recently told FE that Tata Motors had opened bookings for the Punch on October 4, and while the carmaker doesn’t share booking numbers, the Punch has got “the highest pre-launch bookings amongst the portfolio of cars we have today”.