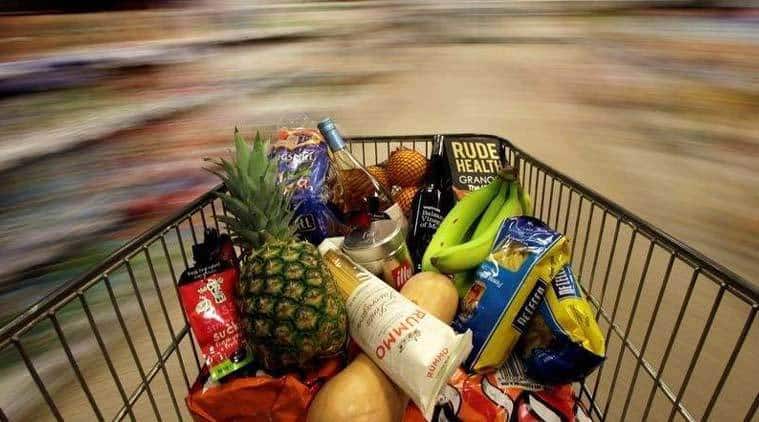 Vegetables and pulses itself contributed 76.4 per cent of the increase in retail inflation in September over the previous month.

Retail inflation in September rose to a 14-month high of 3.99 per cent, primarily on account of an increase in food prices and base effect, government data released Monday showed.

Consumer Food Price Index (CFPI) inflation rate in September overshot the headline number, increasing to the highest level in over three years to 5.11 per cent in September primarily driven by uptick in vegetables prices, a possible fallout of the floods in various states.

At 3.99 per cent, the overall retail inflation rate stayed within the Reserve Bank of India’s (RBI’s) medium-term target of 4 per cent (with a band of +/- 2 per cent). For October-March, RBI has projected CPI inflation rate at 3.5-3.7 per cent.

The Reserve Bank had said it expected inflation to stay below its medium-term target of 4 per cent (with a band of +/- 2 per cent) through to the early months of the financial year 2020-21, while lowering its economic growth forecast to 6.1 per cent for the current year ending March 2020, from an earlier estimate of 6.9 per cent. Analysts believe that arrival of the new crop in the market could ease food prices and so calm inflation, providing the central bank with the headroom to cut rates further.

While some economists said the RBI will continue with its accommodative stance, others were of the view that the rise in inflation print would lead to a pause in the rate cut cycle in the next meeting in December. Food inflation though may fall below 4 per cent by the end of the December quarter as winter supplies start trickling in. “While food inflation did record a broad-based increase in September 2019, the primary driver of the uptick was vegetables, a fallout of the flooding in various states. As vegetable prices normalise over the next two months, particularly with the seasonal arrival of winter supplies, food inflation may recede below 4 per cent by the end of this quarter. Nevertheless, today’s data serves as a reminder that short lived shocks in food prices can quickly translate into a sharp rise in the headline retail inflation,” Aditi Nayar, principal economist, ICRA Ltd said.
The core CPI inflation, which is the non-food, non-fuel inflation, eased to a 26-month low of 4.2 per cent in September.

Wholesale price index-based inflation eased to over three-year low of 0.33 per cent in September as against 1.08 per cent in August due to fall in prices of non-food articles, separate set of government data released on Monday showed. The rate of price rise for the food articles remained broadly flat at 7.47 per cent during September.

Manufactured product prices, which makes up for 64.23 per cent of the weight of the WPI, declined 0.42 per cent on the back of a drop in prices of basic metals, chemicals and chemical products and textiles. Fuel and power prices declined 7.05 per cent due to lower prices of LPG, petrol and high speed diesel.

Within primary articles, wholesale prices of onions saw the highest increase, growing 122.40 per cent in September over the same month in 2018.

“What we are seeing essentially is the slowdown is being caused by fuel products and manufacturing products … When manufactured product prices are low, it is actually reflective of the loss of pricing power for the corporate sector.

“Manufactured goods prices coming down is only reflective of what the corporate results will be like. They will tend to be subdued,” CARE Ratings chief economist Madan Sabnavis said.