India, US in talks for dollar swap line to strengthen macro outlook

India liquidated its forex assets to stabilise the rupee which recently fell below the 76 level against the dollar. India’s foreign currency assets had declined by around $7.50 billion in two weeks to $ 439.66 billion as on March 27. 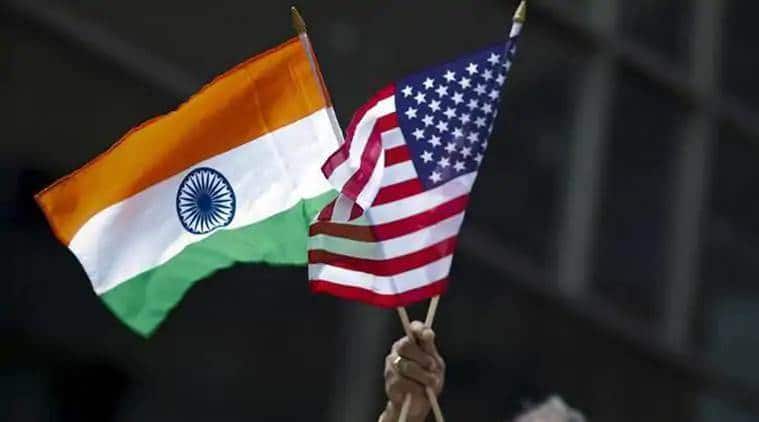 According to Reserve Bank of India (RBI) data, 63.7 per cent of India’s foreign currency assets — or $256.17 billion — is invested in overseas securities, mainly in the US treasury.

India is working with the United States to secure a dollar swap line that would help in providing an additional comfort in an event of any abrupt outflow of funds, according to a senior government official and banking industry executives familiar with the matter. Foreign institutional investors have been large sellers in the Indian equity and debt markets in March and April so far, as concerns on the economic effects of COVID-19 hit investor sentiment. “We have been discussing with the US for a dollar swap line, on the lines of a similar facility that India has with other central banks. We expect positive progress on that front,” the official said.

“(A swap facility) could be on the way as there’s a possibility that India will liquidate its foreign currency assets like investment in US treasury etc. to stabilise the rupee which has been under pressure of late,” said a forex market source.

India liquidated its forex assets to stabilise the rupee which recently fell below the 76 level against the dollar. India’s foreign currency assets had declined by around $7.50 billion in two weeks to $ 439.66 billion as on March 27.

According to Reserve Bank of India (RBI) data, 63.7 per cent of India’s foreign currency assets — or $256.17 billion — is invested in overseas securities, mainly in the US treasury. If countries like India and China resort to large scale liquidation of their investments, it could push up the yields and interest rates in the US, sources said, adding, “there’s a case for India to get the swap facility from Fed as the economy is facing rough weather due to the coronavirus outbreak.” The Finance Ministry and RBI did not reply to queries seeking comments for the story.

Tool for RBI to deal with volatile currency markets

While India is expected to comfortably tide over any challenge posed by continued outflows of funds from the markets, given the adequacy of foreign exchange reserves, a swap line with the US Fed provides an additional comfort to the forex markets. “India has enough foreign exchange reserves now and external sector is not facing any problem. Current account is getting stronger and the oil prices have come down. India doesn’t require a swap facility,” said CARE Ratings chief economist Madan Sabnavis.

The parties agree to swap back these quantities of their two currencies at a specified date in the future, which is the next day or as far ahead as three months, using the same exchange rate as in the first transaction. These swap operations carry no exchange rate or other market risks as transaction terms are set in advance.

On March 19, the US Fed added temporary swap arrangements with the Reserve Bank of Australia, the Banco Central do Brasil, Danmarks Nationalbank (Denmark), the Bank of Korea, the Banco de Mexico, the Reserve Bank of New Zealand, the Norges Bank (Norway), the Monetary Authority of Singapore and the Sveriges Riksbank (Sweden) to be in place for at least six months for a combined total of $450 billion.

The US Fed already has permanent swap arrangements with the Bank of Canada, the Bank of England, the European Central Bank, the Bank of Japan, and the Swiss National Bank.