The entity InterGlobe Enterprises is controlled by Rahul Bhatia, whereas the allegations of lapses have been levelled by the company’s co-promoter and co-founder Rakesh Gangwal. 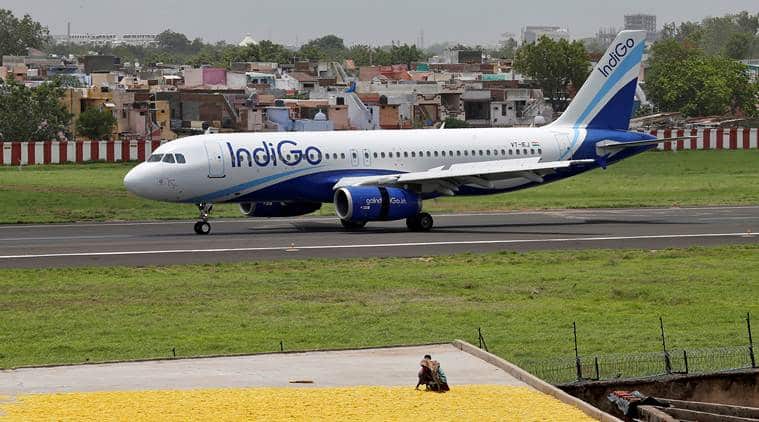 Shares of InterGlobe Aviation, the parent company of India’s largest airline IndiGo, on Wednesday fell 11 per cent following a spat between co-promoters over governance issues.

Shares of InterGlobe Aviation, the parent company of India’s largest airline IndiGo, on Wednesday fell 11 per cent following a spat between co-promoters over governance issues. The scrip plunged 10.73 per cent to close at Rs 1,397.75 on the BSE.

The entity InterGlobe Enterprises is controlled by Rahul Bhatia, whereas the allegations of lapses have been levelled by the company’s co-promoter and co-founder Rakesh Gangwal.

According to a statement by InterGlobe Enterprises on Wednesday, the total amount earned through these related party transactions, which were in real estate, simulation training, GSA (Commission + Rent) and crew accommodation, was Rs 150.12 crore in FY19, 0.53 per cent of InterGlobe Aviation’s consolidated turnover. The same amount was 0.50 per cent in FY18, it added.

Separately, IndiGo’s chief executive officer Ronojoy Dutta wrote to the company’s employees saying that the issues between the promoters have nothing to do with the functioning of the airline and that they will “eventually get sorted out”.

“As much it is very important that we all remain focused on running high performance airline,” Dutta noted in his letter, asking the airline’s employees to continue their work as usual.

On Monday, Gangwal wrote to the Securities and Exchange Board of India (Sebi) seeking its intervention in the governance issues at IndiGo. The markets regulator, in turn, has asked the airline to respond to the concerns by July 19.

Gangwal has alleged that Rahul Bhatia’s entity InterGlobe Enterprises, which has management control of the airline, has built an “ecosystem of other companies that would enter into dozens of related party transactions with the airline”.

This was among several other allegations levelled by Gangwal into lapses of corporate governance, including appointment of independent directors, powers of the Nomination and Remuneration Committee of the company’s board, among others.

Prior to the letter Gangwal sent to Sebi, Bhatia had written to the Board of IndiGo that Gangwal’s allegations into governance issues at the airline were part of a plot to “dilute” and “diminish” control of InterGlobe Enterprises in the airline. He also pointed out that the audit firm EY conducted a review of the related party transactions and found no “substantive” irregularities in it.

The timing of the feud between the promoters assumes significance given that the shareholders’ agreement between entities of Bhatia and Gangwal, which determines the powers each of these co-founders have over the company’s operations and management, is set for renewal in October this year, and contention of disproportionate control over IndiGo could be one of the primary reasons behind the promoters going at loggerheads.

Bhatia and Gangwal founded IndiGo as a low-cost airline back in 2006. Bhatia worked in the hospitality sector while Gangwal, a US citizen, was a senior executive at United Airlines. Both the promoters held nearly 99 per cent stake in the airline prior to its listing in 2013 and as of March 31, Bhatia held 38 per cent stake while Gangwal owned 37 per cent share in InterGlobe Aviation, the parent company of IndiGo.