Power ministry has invokes a provision in CERC rules to give 8 new transmission projects with an estimated cost of Rs 36,000 cr to PGCIL. 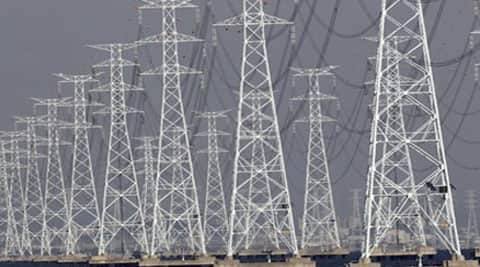 According to sources, the ministry has invoked a provision in the relevant CERC rules to give eight new transmission projects to PowerGrid. Reuters

The central power regulator’s bid to end public sector dominance in the transmission sector by putting in place a system to award new projects based on tariff-based competitive bidding (TBCB) is threatening to unravel with the power ministry deciding to virtually persist with the previous regime where the projects are given on a platter to the state-run Power Grid Corporation (PGCIL).

According to sources, the ministry has invoked a provision in the relevant Central Electricity Regulatory Commission (CERC) rules to give eight new transmission projects with an estimated cost of Rs 36,000 crore to PGCIL.

The provision of “compressed time schedule” vests discretion with the ministry to nominate PGCIL for executing projects if it is convinced that the bidding route could delay projects that are of critical nature, requiring time-bound execution.

Nearly 90% of the power transmission business is carried out and controlled by PGCIL, even though the sector, witnessing a huge capacity deficit, was opened up to the private sector in 2011 to keep pace with the rapid expansion of generation capacity.
Transmission constraints in some parts of the country — especially most of southern India — are more acute.

While some states have surplus power — Chhattisgarh, for instance, has an installed capacity of over 12,000 MW, against its own power demand for 3,500 MW — but are constrained in wheeling the power to potential markets due to paucity of transmission networks. Other gaps in the national power wheeling network too are choking the flow of electricity from generating stations to load centres, putting grid safety at risk.

In November, the ministry of power had announced that over Rs 53,000 crore of transmission projects, the largest bunch at a time in the country’s history, would be awarded on TBCB as mandated by CERC, putting an end to the inefficient cost-plus regime and in keeping with a similar shift that has already been effected for the generation sector. The empowered committee on transmission comprising the ministry, the Central Electricity Authority and PGCIL that met in September had recommended that barring one project with an estimated cost of Rs 9,500 crore, all others could be awarded under the bidding route.

Ignoring the CERC proposal and the panel’s advice, the power ministry has now decided that eight of these projects (see table) be awarded to PGCIL on a nomination basis. “We nominated the PGCIL after much deliberation and only awarded those projects that require timely implementation. For instance, the HDVC bi-pole link between western (Chhattisgarh) and southern (Tamil Nadu) region is a critical project for easing the congestion in transmission lines faced by southern states,” a power ministry official said.

The rationale behind the ministry’s decision is that private investments may not be forthcoming right now and completion of such projects could take longer than PGCIL projects, given the need to acquire land and get various clearances.

Industry sources, however, contend that ‘compressed time schedule’ is no justification for nominating PGCIL as several of its projects too are facing delays ranging from 6 months to 30.

“It’s true that some PGCIL projects are also facing delays but the private sector has found it even harder to execute projects on time. For projects of substantial urgency, PGCIL is still a natural choice considering its experience and the capital heft it wields,” the official added.

According to industry experts, investment in transmission capacity addition should be at least as much as 50% of what goes into generation. But in India, this ratio averages at 30%. While the share of the private sector in generation capacity addition has risen dramatically from 9% in the 10th Plan to around 50% now, the transmission sector is yet to reap the fruits of competition.

An industry official said: “Any incumbent that continues to have 70-80% market share will have a natural advantage over new entrants in terms of winning even future projects being bid out. Moreover, if that incumbent is a PSU, then it will have clear financing advantages which private players cannot match under current circumstances.”

Criticising the government’s decision, an executive of a private firm involved in the transmission sector told FE on condition of anonymity that it was the need of the hour to encourage private participation in transmission so that it can bring global technologies to complete projects in compressed time schedules.

Unprecedented rise in cases of sexual abuse of schoolchildren