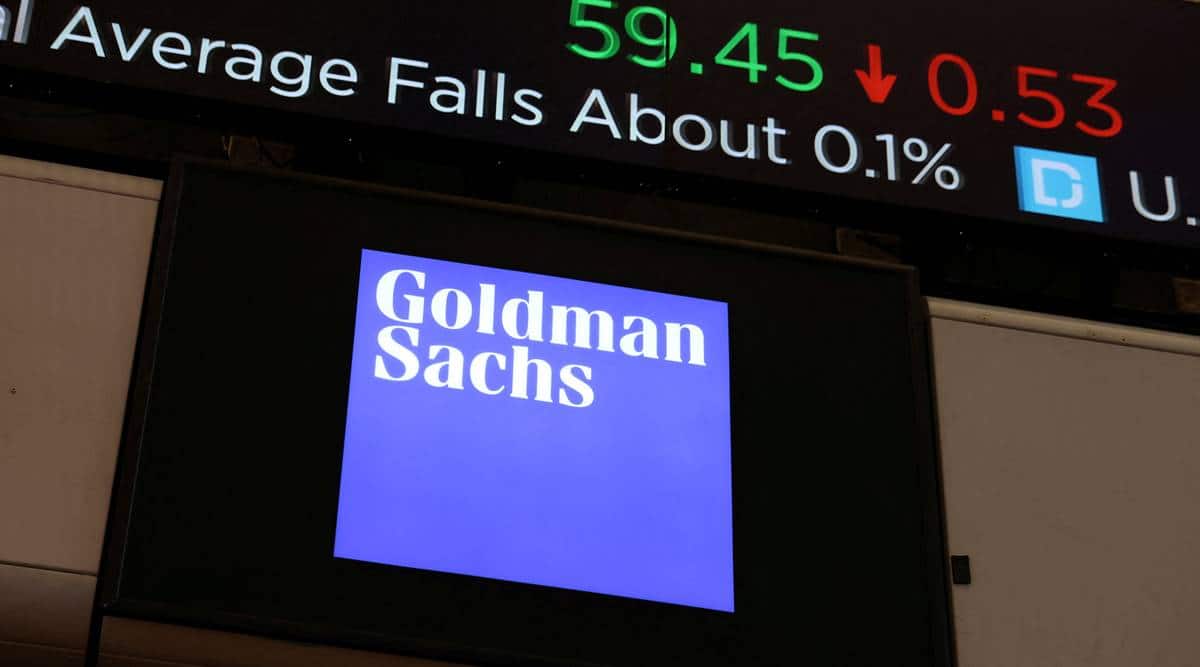 The logo for Goldman Sachs is seen on the trading floor at the New York Stock Exchange (NYSE) in New York City, New York, US. (REUTERS/File Photo)
Listen to this article
Goldman Sachs on hunt for bargain crypto firms after FTX fiasco
x
00:00
1x 1.5x 1.8x

Goldman Sachs plans to spend tens of millions of dollars to buy or invest in crypto companies after the collapse of the FTX exchange hit valuations and dampened investor interest.

Goldman is doing due diligence on a number of different crypto firms, he added, without giving details.

“We do see some really interesting opportunities, priced much more sensibly,” McDermott said in an interview last month.

FTX filed for Chapter 11 bankruptcy protection in the United States on Nov. 11 after its dramatic collapse, sparking fears of contagion and amplifying calls for more crypto regulation.

“It’s definitely set the market back in terms of sentiment, there’s absolutely no doubt of that,” McDermott said. “FTX was a poster child in many parts of the ecosystem. But to reiterate, the underlying technology continues to perform.”

While the amount Goldman may potentially invest is not large for the Wall Street giant, which earned $21.6 billion last year, its willingness to keep investing amid the sector shakeout shows it senses a long term opportunity.

Its CEO David Solomon told CNBC on Nov. 10, as the FTX drama was unfolding, that while he views cryptocurrencies as “highly speculative”, he sees much potential in the underlying technology as its infrastructure becomes more formalized.

“I don’t think it’s a fad or going away, but I can’t put an intrinsic value on it,” Morgan Stanley CEO James Gorman said at the Reuters NEXT conference on Dec. 1.

HSBC CEO Noel Quinn, meanwhile, told a banking conference in London last week he has no plans to expand into crypto trading or investing for retail customers.

Goldman has invested in 11 digital asset companies that provide services such as compliance, cryptocurrency data and blockchain management.

McDermott, who competes in triathlons in his spare time, joined Goldman in 2005 and rose to run its digital assets business after serving as head of cross asset financing.

His team has grown to more than 70 people, including a seven-strong crypto options and derivatives trading desk.

Goldman Sachs has also together with MSCI and Coin Metrics launched data service datonomy, aimed at classifying digital assets based on how they are used.

The firm is also building its own private distributed ledger technology, McDermott said.

The global cryptocurrency market peaked at $2.9 trillion in late 2021, according to data site CoinMarketCap, but has shed about $2 trillion this year as central banks tightened credit and a string of high-profile corporate failures hit. It last stood at $865 billion on Dec. 5.

“What’s increased is the number of financial institutions wanting to trade with us,” he said. “I suspect a number of them traded with FTX, but I can’t say that with cast iron certainty.”

Goldman also sees recruitment opportunities as crypto and tech companies shed staff, McDermott said, although the bank is happy with the size of its team for now.

Others also see the crypto meltdown as a chance to build their businesses.

The London-based company aims to serve customers who are eager to diversify into digital currencies, but who have never done so before, Bruce said. It will also cater to investors who are very familiar with the assets, but have become nervous about storing funds at crypto exchanges since FTX’s collapse.

Britannia is applying for more licenses to provide crypto services, such as doing deals for wealthy individuals, he said

“We have seen more client interest since the demise of FTX,” he said. “Customers have lost trust in some of the younger businesses in the sector that purely do crypto, and are looking for more trusted counterparties.”