Fitch affirmed HPCL's rating 'BBB-' with a stable outlook, in line with the credit profile of its largest shareholder Oil and Natural Gas Corp Ltd (ONGC). 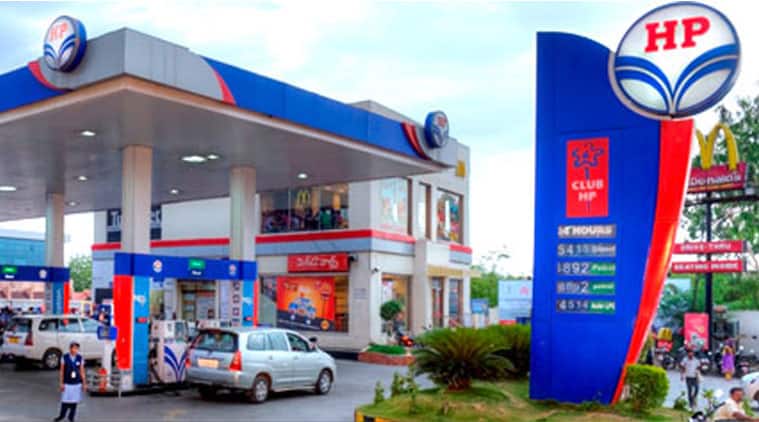 HPCL has about one-fourth market share of India’s fuel marketing, and the second-largest number of retail fuel outlets.

Fitch Ratings on Monday said it expects Hindustan Petroleum Corp Ltd’s (HPCL) refining margins to fall by one-third during the current fiscal due to volatility in crude prices leading to inventory losses.

“The agency assesses HPCL’s standalone credit profile at ‘bb’ to reflect its position as one of India’s biggest oil-marketing companies, average-but-improving complexity of its refining assets and moderate financial profile,” Fitch said in a statement.

The investment in HPCL is also ONGC’s largest. ONGC in January 2018 paid Rs 36,915 crore to acquire 51 per cent stake in HPCL from the state. “We believe there is a high likelihood of exceptional support from ONGC to HPCL should the subsidiary face financial difficulties,” it added.

HPCL has about one-fourth market share of India’s fuel marketing, and the second-largest number of retail fuel outlets. With its refining capacity of 27 million tonnes per annum (mtpa), including 11 mtpa of capacity in its joint venture, HPCL-Mittal Energy Ltd is set to increase it to 36 mtpa within the next 12 months, and accounts for over 10 per cent of the country’s refining capacity.

HPCL marketed about 19.5 million tonnes of fuel in the six months ended September 30, 2019 and refined 8.5 million tonnes. “We expect HPCL to maintain its leading position over the medium term in light of its expansion plans,” it said.

Fitch expected HPCL to incur around Rs 60,000 crore in capex over FY20-FY23 to expand and upgrade its refineries, while also enhancing its retail and pipeline infrastructure.

“We expect these investments to improve HPCL’s refining asset quality and business profile over the long term,” it said. “However, we expect the investment plans to result in negative free cash flows over the medium term, driving up leverage.”

HPCL’s Mumbai refinery capacity will increase from 7.5 mtpa currently to 9.5 mtpa by end-January 2020, and that at the Visakhapatnam refinery will rise from 8.3 mtpa at present to 15 mtpa in July 2020.

“Fitch expects HPCL’s standalone gross refining margins (GRM) to fall to USD 3.2 a barrel in FY20 from USD 5.0 a barrel in FY19. GRMs for HPCL’s refining segment fell to USD 1.9 per barrel during 1HFY20,” the statement said. “This was in line with the industry due to strong new supply from China, volatility in crude prices leading to inventory losses, and unfavourable movement in the light-heavy crude spreads.”

However, Fitch expected the margins to gradually improve from 2HFY20, benefitting from strong diesel spreads, driven by new global marine-fuel regulations as HPCL has a higher share of middle distillates in its refining product slate that meet the requirements.

Its GRMs should also benefit over the medium term from the completion of modernisation and expansion of its refineries, improving their Nelson Complexity Index to 10 from an average of around 8 currently.

HPCL’s standalone credit profile is one notch lower than the ‘bb+’ of both Indian Oil Corp (IOC) and Bharat Petroleum Corp Ltd (BPCL).

IOC and BPCL are larger, have greater vertical integration and a better balance between refining and marketing volumes than HPCL, justifying the one-notch difference, although the SCPs of all three have low headroom in their financial metrics, Fitch said.

Lady Gaga opens up about battling PTSD. What are its symptoms?