With a significant portion of its investment in Tata Teleservices (TTSL) getting eroded, Japanese telco NTT DoCoMo is clearing decks to exit the Indian telecom space completely.

In its annual report for FY14, uploaded on its website on June 27, DoCoMo stated that over fy13 and Fy14 it has recognised an impairment charge of around 5.8 billion yen, or Rs 3,433 crore, related to its investment in TTSL after determining “that the decline in value below the carrying amount was other-than-temporary.”

In another indication of the Japanese telco’s intention to exit its investment, Tata Teleservices (Maharashtra) — a TTSL subsidiary — informed the bourses on June 25 that, Koji Ono, a Docomo executive, had resigned as a non-executive, non-independent director of the company with effect from June 30.

According to a person familiar with the development, board members of TTSL and Docomo were likely to meet over the next fortnight to finalise the decision and work out the modalities of Docomo’s exit. He declined to be identified.

There was speculation earlier that TTSL would forge some sort of merger and acquisition alliance with either Vodafone or Norway’s Telenor, both of which have operations in India. However, since both the players have as of now kept the Tatas on hold due to either some regulatory uncertainty or for some more clarity on the M&A policy front, the Tata Gorup has decided to go ahead and acquire the stake itself.

There’s another legal hitch on which both the parties are seeking legal advice. Since the severance amount which Tatas need to pay DoCoMo is bound by the call and put option the two sides entered into when the latter bought the stake in 2008, it needs to be assessed whether it is as per the government’s revised norms. The two would have to seek regulatory approval on it.

As per the April 25 statement by DoCoMo, as part of the original agreement Tatas would pay a minimum of R7,250 crore to DoCoMo, which would be half of what the latter had paid to acquire the stake in 2008. Since the government has now put in place call and put option norms, which do not allow sale to happen at a pre-determined price, the company would need regulatory approval from the RBI.

However, some analysts FE spoke to said that since the amount payable is less than the original investment, approval may not be a problem.

In response to an email, a Tata Sons spokesperson said that the group did not comment on such matters.

“On your query regarding Tata Sons and Tata Teleservices, we would like to reiterate the position communicated on April 25: As also stated by NTT Docomo, it is not possible to predict how events will unfold; however, Tata Sons is cognisant of its responsibilities, and will act keeping in mind the interests of all stakeholders and in accordance with law,” she said, adding that TTSL was an integral part of the Tata group. 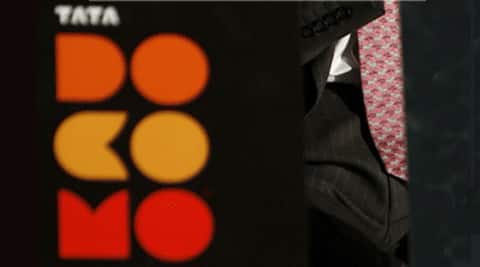 An email sent to NTT Docomo on Tuesday evening did not elicit any response till going to press.

Hurdles such as allegations of corruption and lack of policy-level clarity in the allocation of telecom spectrum, a high degree of debt taken on by companies to pay for such spectrum, and an intense price war between telecom operators saw the sector become unviable for many telcos, especially new entrants. Other foreign investors like Norway’s Telenor SA and Dubai-based Etisalat have also burnt their fingers in the Indian market.

The agreement between Docomo and the Tata group states that if TTSL failed to achieve certain performance targets by March 31, the former would be entitled to exercise an option to offload its entire holding in TTSL at a valuation that is half the acquisition price (around R7,250 crore) or the fair market value of its holding, whichever is higher.

“The above mentioned right became exercisable on May 30 and Docomo plans to exercise the (right) and expects to sell (its) TTSL shares in accordance with the agreement,” Docomo said in its 2013-14 annual report. “It is uncertain how the option will be performed, however, and Docomo is not able to predict how events will unfold.”

Interestingly, even though Docomo has planned to exit its investment in TTSL, it has put in place one of its executives as a new member on the latter’s board of directors, the Japanese firm’s annual report shows. Hajime Kii, senior vice-president and managing director of human resources management at Docomo, has been on the board of TTSL since last month, the annual report states.

The appointment of a new director by Docomo on TTSL’s board could be to facilitate discussions between the two companies, which are slated for later this month.

Another person familiar with the development said that while Docomo’s exit was imminent, it was unlikely to happen anytime soon since securing regulatory approvals would be a time-consuming process.

The Japanese telecom major decided to quit its joint venture in India with the Tatas, citing the uncertainties of the telecom sector in India.

“The spectrum administration in India was confusing,” said NTT Docomo’s president Kaoru Kato, at a conference call with analysts in April, a copy of which had been reviewed by FE. “The licence we had (was repealed) and our spectrum was taken away.”

Kato had observed that in India, spectrum was awarded on a circle-by-circle basis and while TTSL had paid up for spectrum in a circle like Delhi, which has one of the highest data and voice traffic, it was yet to receive the spectrum.