BillDesk, which was founded in 2000 by former consultants M N Srinivasu, Ajay Kaushal, and Karthik Ganpathy, is among the largest payment gateway aggregators in the country, handling more than half of all online billing transactions, according to industry estimates. 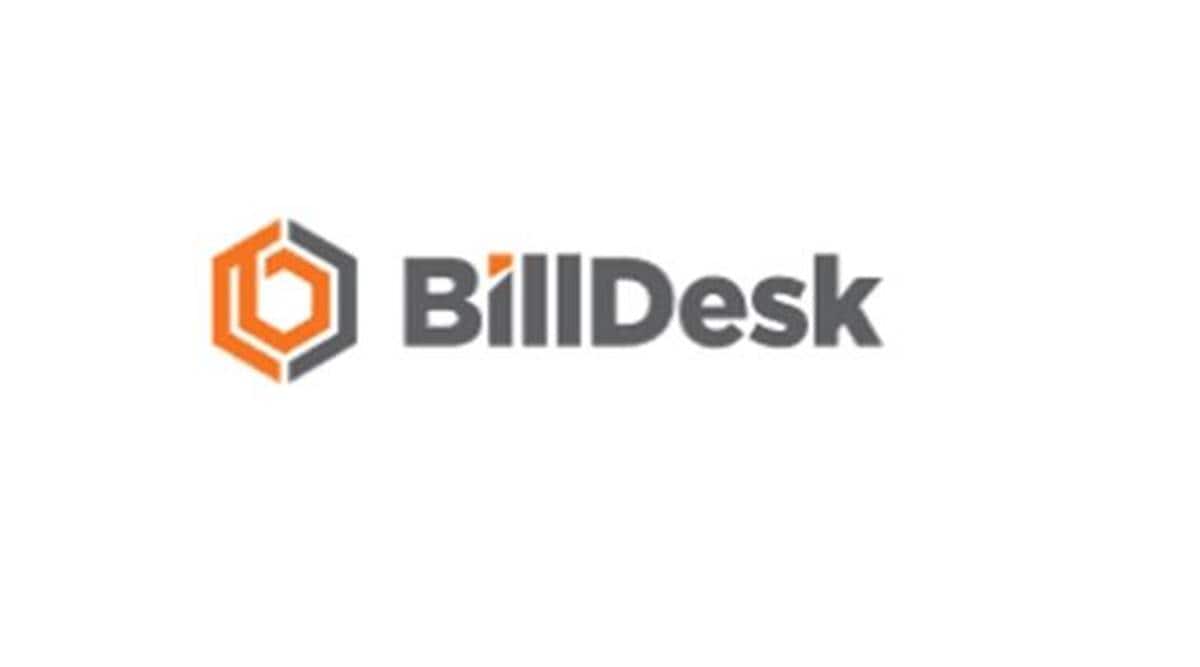 Through the deal, the co-founders who started the company more than 20 years ago, find an exit for their 29.6 per cent stake that they held in BillDesk, estimated to be worth around $1.4 billion. (File Photo)

In the biggest ever M&A deal in India’s fintech space, Dutch consumer Internet conglomerate Prosus, along with its financial services unit PayU, has agreed to buy 100% stake in Mumbai-based payment aggregator BillDesk for $4.7 billion.

BillDesk, which was founded in 2000 by former consultants M N Srinivasu, Ajay Kaushal, and Karthik Ganpathy, is among the largest payment gateway aggregators in the country, handling more than half of all online billing transactions, according to industry estimates.

The deal could signal a fresh wave of consolidation in the fintech sector in the run-up to the proposed $2.2 billion initial public offering (IPO) by India’s largest fintech company, Noida-based Paytm.

Sources in the know said discussions on the acquisition had been ongoing for the last few months, with Paytm too having considered buying BillDesk.

The deal will give an exit to BillDesk’s institutional investors — General Atlantic, Temasek Holdings, Visa, TA Associates, March Capital, and Clearstone Venture Partners — in addition to the three co-founders, who together held 29.6% share in the company as of March 31, 2020. The deal is subject to regulatory approval, including from the Competition Commission of India.

Explained |Why a Dutch company is buying BillDesk for $4.7 billion

Payment aggregators like BillDesk essentially bring together various payment systems such as credit or debit cards, netbanking, UPI, and wallets on a single platform for online merchants to offer to their customers. According to industry estimates, BillDesk and Paytm together controlled a massive chunk of India’s payment gateway traffic. However, investors of BillDesk had been looking for an exit in the face of rising competition from, besides Paytm, a host of players including Infibeam, CCAvenue, PayU, and Razorpay. For the year ending March 2021, the company reported a net profit of Rs 271 crore, or around $37 million, making it a prime target for other payments businesses looking to grow inorganically.

PayU is present in several payment segments — gateways, wallet, credit services — and even in the non-banking financial company (NBFC) space. Along the way, it has acquired or invested in several fintech startups including CitrusPay, ZestMoney, PaySense, and Wibmo. According to Prosus, which is a division of the South African multinational Naspers, the acquisition of BillDesk will give a huge leg-up to PayU in India, with the post-deal group entity handling four billion transactions annually — four times PayU’s current level in India. 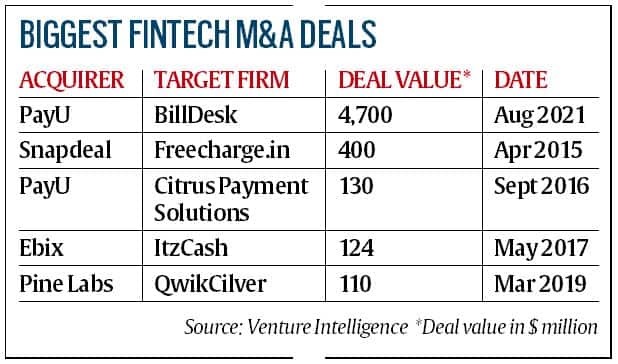 In response to a set of questions on whether PayU would merge BillDesk into itself, and would retain the latter’s employees, a PayU spokesperson said: “Both the BillDesk and PayU platforms will remain in use. At the moment, we have only agreed to the deal, and it is subject to regulatory approval. This deal is about growth and less about cost optimisation. For the moment, it is business as usual for PayU India and BillDesk, and it is far too early to discuss organisational structure”.

“The existing PayU India management team will remain in charge, however, they will, post-closing, be able to draw on the 20+ years of market expertise provided by the leadership of BillDesk to ensure an unparalleled experience for clients,” the spokesperson added.

The three co-founders of BillDesk were colleagues at consulting firm Arthur Anderson in Mumbai, when they decided to start their entrepreneurial journey. Several large banks had at the time begun to roll out core banking solutions to enable customers to avail of services without visiting branches. This also laid the foundations of Internet banking in India, and Srinivasu, Kaushal, and Ganpathy saw an opportunity in creating a service that could assist the lenders in their digital plans.

A plan was chalked out to target the payments ecosystem, in which BillDesk would be the bridge between banks and merchants — this was then mainly utilities such as electricity and water boards, telephone companies, etc. Customer acquisition was left to the merchants or banks, and BillDesk would charge a commission on each transaction.

In 2001, the company launched its Electronic Bill Presentment and Payment (EBPP) product with state-owned Bank of Baroda and, in 2003, it launched the payments aggregation system that would bring together several options to transact online. Soon afterward, the company turned profitable, and in 2019 it hit a cumulative payment volume of Rs 3 lakh crore.

“BillDesk has been a pioneer in driving digital payments in India for well over a decade. This investment by Prosus validates the significant opportunity in India for digital payments that is being propelled by innovation and the progressive regulatory framework put into place by the Reserve Bank of India, India’s central bank,” Srinivasu said.

According to RBI’s 2020-21 annual report, the number of transactions for digital retail payments grew more than 80% to 44 billion to 2020-21 from 24 billion in 2018-19. The Covid-19 pandemic resulted in a surge in online transactions. RBI expects more than 200 million new users to adopt digital payments over the next three years, with average annual transactions per capita rising 10-fold to 220 from 22 now.

Prosus said the acquisition of BillDesk will see PayU handle a total payment volume of $147 billion, making it one of the biggest online payment providers globally. During the year ended March 31, 2021, PayU processed $55 billion in digital payments, 51% higher from the year-ago period.

In a statement, Bob van Dijk, Group CEO of Prosus, said: “We have a long and deep relationship with India, having supported and partnered with some of its most dynamic entrepreneurs and new tech businesses since 2005. We’ve invested close to $6 billion in Indian tech to date, and this deal will see that increase to more than $10 billion.”

Between diesel price and deep sea: Many fishermen unable to set sail this season