Bajaj Auto's employee union has also renewed its demand for allotment of shares at a discounted rate. 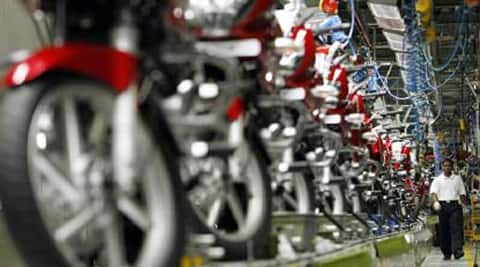 Bajaj Auto’s employee union has also renewed its demand for allotment of shares at a discounted rate. Reuters

Two-wheeler maker Bajaj Auto today termed employee union’s demand that the company allocate funds for tribal development from CSR spend and set up a museum in founder Jamnalal Bajaj’s name as “insane” and said it will ensure that work is not affected.

“If the demands of the union were somewhat preposterous last June, they are entirely insane this time around,” Bajaj Auto Managing Director Rajeev Bajaj said in a statement.

Bajaj’s response comes in the wake of the employees union at Chakan facility serving a notice on April 14 with a list of demands and threatening to stop work from April 28 if the management does not oblige them.

The demands includes allocation of funds for tribal development from the CSR spend and setting up a museum in the name of company’s founder Jamnalal Bajaj within a year.

The union has also renewed its demand for allotment of shares at a discounted rate, which had led to a 50-day strike at the Chakan plant last June, which was later called off unconditionally.

“It seems to me that with some of the irresponsible union leaders and members, the management is guilty of sparing the rod and spoiling the child,” Bajaj said.

“We will be certain not to repeat that error while taking all possible measures to ensure the safety of the majority of our colleagues who wish to continue to work, as also the continuity of production so as to protect the interests of our customers, dealers, and suppliers,” he added.

The Chakan plant employs over 2,000 workers, including around 900 permanent ones, and produces 1.2 million units of bikes, which include the Pulsar, Avenger, Ninja and the KTM brands.

“We demand that the company allocate 2 per cent profit for corporate social responsibility and half of it be allocated for tribal development, to fight malnutrition etc,” Union President Dilip Pawar said in the strike notice.

Also, the remaining 50 per cent of the CSR fund should be spent on education of the children of the employees, Pawar said.

“We also demand that workmen be given an option to subscribe to 500 equity shares of the company at a discounted price of Rs 10 per share,” the notice said.

Only Narendra Modi has moral authority to be PM: Rajnath Singh