Union power minister R K Singh said that these mines will be opened when Coal India Limited (CIL) gets the environment clearances. 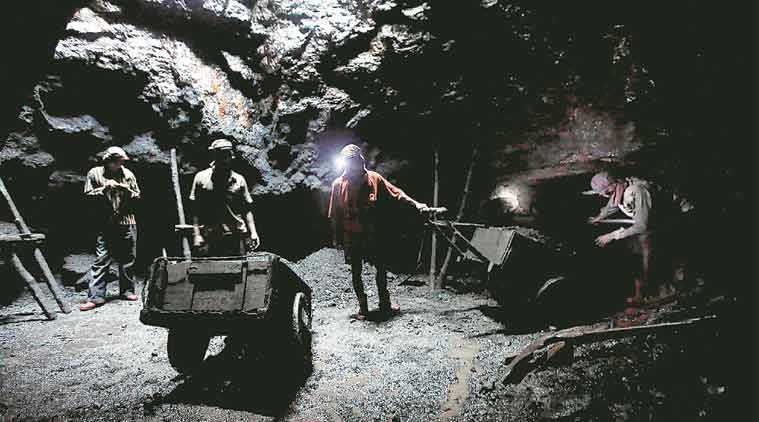 Over the past 10 months, a number of thermal power plants across the country are running with sub-optimum levels of fuel stocks due to inadequate supply.(Express Photo: Tashi Tobgyal)

Union power minister R K Singh on Tuesday stated in Shimla that the coal shortage situation in various power plants will persist for 2-3 years and states have been allowed to import coal. Over the past 10 months, a number of thermal power plants across the country are running with sub-optimum levels of fuel stocks due to inadequate supply.

“There is an acute shortage of coal and this is evident because the demand for power is growing. We have written to states allowing them to import coal as per their requirements. Coal will continue to be a problem for 2-3 years till new mines are opened,” Singh stated at the conference of states’ power ministers on Tuesday.

Singh said that these mines will be opened when Coal India Limited (CIL) gets the environment clearances.

The Indian Express had reported on June 3 that the total number of plants running with critical (less than 5-7 days) and supercritical (less than 3-4 days) stocks have significantly increased in the January-May period of 2018, against the year-ago period.

Talking of infrastructure creation for household electrification in states, the minister stated that the states have been allocated money by the Centre but it is not being utilised on time. He stated that Rs 42,000 crore was sanctioned under Deen Dayal Upadhyaya Gram Jyoti Yojana (DDUGJY), but just Rs 9,000 crore has been spent by states and union territories so far. The Centre has set the target of electrifying all Indian households by year-end.

The Railways has been facing issues in providing adequate coal supply to power plants. On January 22, Singh called a meeting to review coal supply to power stations, wherein he had stressed that coal companies and Railways should improve coal supply to the power stations so that they can meet its requirement and “build up their stock to normative level to avoid any shortage of coal during the next monsoon season i.e. June to September, 2018.” However, the number of plants that are operating with critical and supercritical stocks have steadily increased from January onward.

On May 18, 2018, Railway Board wrote to all its zones that “in view of the critical coal stocks with power plants, Ministry of Power has requested for granting of higher priority in loading of coal for power houses from goods sheds so as to facilitate higher supply of coal to power sector”. Railway Board stated that this higher priority of coal supply should be accorded till June 30. However, this decision to divert coal supply to independent power producers has been strongly opposed by Indian Captive Power Producers Association (ICPPA).

On May 29, Delhi Chief Minister Arvind Kejriwal wrote a letter to Prime Minister Narendra Modi requesting him to direct the Railways to provide rakes for transporting coal to plants in Delhi-NCR, which are facing “alarming level” of coal shortage. On Tuesday, Delhi Power Minster Satyendra Jain stated that Delhi’s Badarpur, Dadri and Jhajjar power plants are still facing coal shortage. Jain added that unless coal supplies are improved, “blackouts will continue in Delhi”.