The current round seeks to give licences for 86 GAs to sell compressed natural gas (CNG) and piped cooking gas. 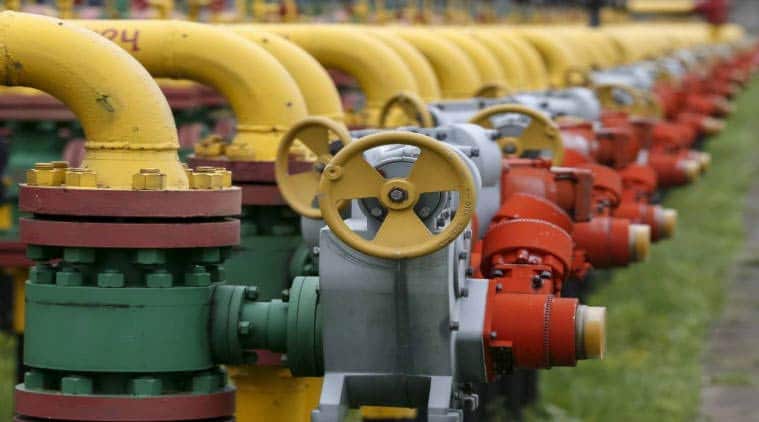 Under the new norms, the maximum weight of 50 per cent has been given to the number of piped gas connections proposed.

While HPCL put in bids for 21 GAs, a consortium of Adani and Indian Oil has bid for 17 GAs.

The Petroleum and Natural Gas Regulatory Board (PNGRB) late on Wednesday released the list of the bidders for all GAs.

The current round seeks to give licences for 86 GAs to sell compressed natural gas (CNG) and piped cooking gas.

These GAs cover 174 districts in 22 states and union territories i.e. 24 per cent of India’s area and 29 per cent of population.

The other notable bidders are Gujarat Gas (21 GAs), Think Gas Investments (21 GAs) and Unison Enviro (20 GAs). The PNGRB will now go through bid details, and is likely to announce the winners by September. Bidders have been asked to quote the number of CNG stations they will set up and domestic cooking gas connections they plan to provide in the first eight years of operation.

Under the new norms, the maximum weight of 50 per cent has been given to the number of piped gas connections proposed.

While 407 bids have been submitted in the current round, 12 GAs have received single bids.

The highest number of bids have been submitted for the GA comprising Srikakulam, Visakhapatnam and Vizianagarm districts in Andhra Pradesh, which has 15 takers.

This is followed by Jhajjar in Haryana (14), Alwar (other than Bhiwadi) and Jaipur in Rajasthan (14), Dakshina Kannada in Karnataka (13) and Coimbatore in Tamil Nadu (13).

While more than Rs 18,000 crore has so far been invested in the CGD business in the country, the latest round is expected to result in investments of Rs 70,000 crore. The existing CGD operators include IGL and GAIL Gas, which serve a population of 24 crore through 42 lakh domestic connections and 31 lakh CNG vehicles.

The government aims to connect 1 crore households with piped gas by 2020, which is in line with increasing the share of natural gas in the primary energy basket of the country to 15 per cent from 6 per cent over the next few years.

The 9th bid round was being held on changed parameters after one paisa bids spoilt the initial auction rounds.

In the previous eight rounds, bidders were asked to quote only the tariff for the pipeline that carries gas within the city limits. The bidding criteria did not include the rate at which an entity would sell CNG to automobiles or piped natural gas to households using the same pipeline network, leading to companies offering one paisa as the tariff to win licenses.

In the new guidelines, maximum weightage of 50 per cent has been given to the number of piped gas connections proposed in eight years from the date of authorisation, as compared to 30 per cent earlier. —FE

Four-year-old from Delhi abducted by couple, rescued from Nepal