Safety concerns: Inside India’s mines, a worker dies every 10 days

Mining has the distinction of being the most dangerous profession in India. Industry insiders concede that official numbers could be much lower than the actual deaths that take place deep inside the mines. 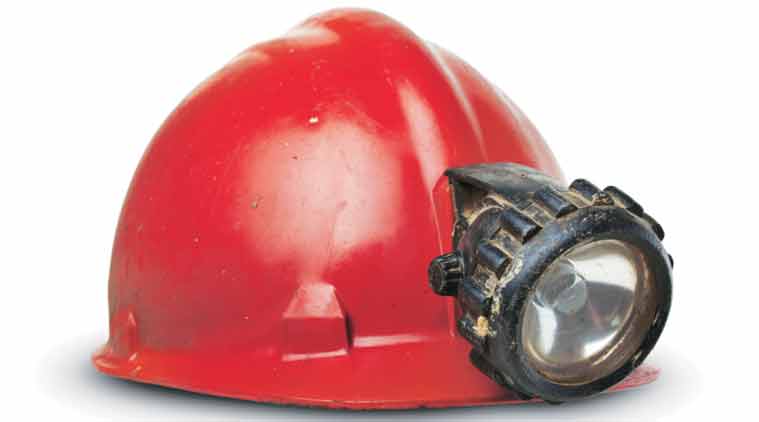 Alongside ship-breaking, mining has the distinction of being the most dangerous profession in India, as is the case in a number of developing economies such as China and Brazil.

Progressive improvements in the safety standard of India’s coal mines notwithstanding, every ten days last year there was a mining fatality in the country. And every third day last year, on an average, there was a serious accident in the coal mining sector — making it arguably the most dangerous profession in India.

Official estimates show that the average fatality rate and the number of serious accidents have been coming down (see chart). That may be a cold comfort for policy makers considering that for extracting 100 million tonnes of coal, seven lives were lost on an average in 2015. Considering last fiscal’s coal production target of 700 million tonnes, the annual fatality rate works out to nearly 50 for the 12 months, of which, a majority were accidents involving roof falls and the collapse of the side walls of a mine. An uptick in the economy, experts point out, could invariably lead to increased pressure on Indian mining utilities to ramp up output, prompting calls for re-evaluating the safety of those toiling deep in the bowels of the earth. Alongside ship-breaking, mining has the distinction of being the most dangerous profession in India, as is the case in a number of developing economies such as China and Brazil. Industry insiders, including senior officers employed by the world’s largest coal miner, state-owned Coal India Ltd, concede that official numbers could be much lower than the actual deaths that take place deep inside the mines.

India produces 89 minerals by operating 569 coal mines, 67 oil and gas mines, 1,770 non-coal mines, and several more small mines, running into over a lakh, all of which translate into direct employment of about 1 million on a daily average basis and an overall sector contribution of about 5 per cent to the country’s gross domestic product.

However, the fact that disasters strike at regular intervals in coal mines and some of the metalliferous mines — iron ore, soapstone and granite mines — is a pointer to the Indian mining industry’s abysmal safety record and the failure of its utilities to learn from the ‘standard operating procedures’ (SoPs) implemented in countries such as Australia, the US and even China.

Plus, the frequency of incidents has increased in the recent years, as flagged by the National Human Rights Commission (NHRC) in its 2014 report titled ‘Views on Mine Safety in India’ and highlighted by the death of 15 miners in Meghalaya on July 6, 2012, after they were trapped in a collapsed mine at Nangalbibra in South Garo Hills for seven days.

When it comes to coal mining accidents, India has a higher proportion of deaths resulting from strata fall (or fall of the roof and sides of underground mines) than from the use of explosives, which account for the bulk of the accidents in countries such as China and the US.

Between 2009 and 2013, there have been 752 documented fatalities in mining operations in India, according to the Office of Directorate General of Mines Safety, Ministry of Labour and Employment. These include accidents at mines run by state-owned CIL, Neyveli Lignite Corporation and Singareni Collieries.

One of the reasons why the Coal Mines (Nationalisation) Act was enacted in 1973, taking over private sector mines, was their poor safety records. Yet, work at public sector mines remains a highly dangerous.

The Directorate General of Mines Safety figures suggest fatality rate of 0.21 in India, down from 0.36 about five years ago. Lack of investment in coal mines is cited as one of the main reasons for the high casualties. Accidents during surface transport by heavy machinery in open-cast mines, apart from the use of explosives, are the other key reasons.

Though employees of state-owned coal firms are governed by the same set of rules as, say, those of Air India, payout rates in case of accidents are low. The compensation for injuries or death rarely crosses Rs 10 lakh.

In its July 2014 report, the NHRC mentioned the need for the mining sector to gain exposure to best practices from across the world, including using scientific ‘training need assessment’ for officers and workers, developing effective training delivery mechanisms and working on comprehensive specialised training on accident investigation.

The inherent dangers ensure that deaths in mines are not just a phenomenon in India but can occur in even the safest of working environments. In 2010, explosions in the Pike River Mine in New Zealand and the Upper Big Branch mine in West Virginia, the US, killed a total of 29 men.

In India, though, the problems stem from issues such as the causes of accidents and the contravention of statutory provisions during inspections repeating themselves. Moreover, miners are exposed to a number of hazards that adversely affect their health, including dust, noise, heat and humidity.The problem of inadequate compensation is another debilitating factor, as documented in the report dated April 17, 2013 by the Parliamentary Standing Committee on safety in coal mines.