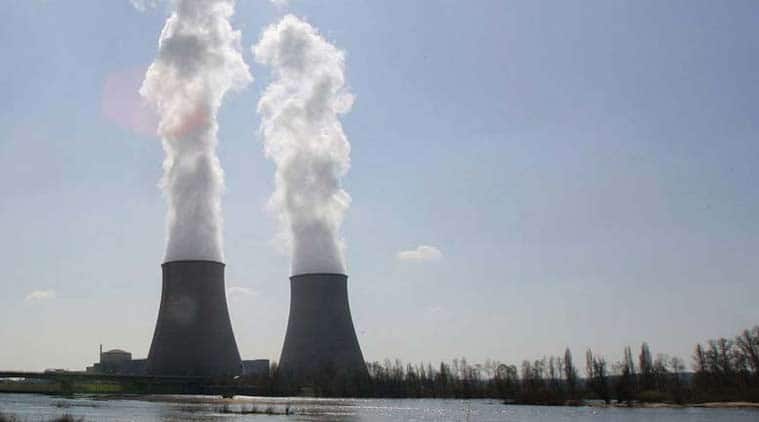 Eleven other domestic insurers are part of the pool, the 27th NIP in the world, to cover the risks emanating from civil liability for Nuclear Damage Act 2010. (Source: File photo)

The public sector insurer issued the cover for a premium of Rs 100 crore to 21 nuclear plants under the NPCIL. As the policy was issued three weeks ago, the Rs 1,500 crore nuclear insurance pool (NIP) will now kick off operations, thus enabling the nuclear sector in India to expand the operations. “New India Assurance issued the policy for the all the existing plants of NPCI. It will cover the hot zones for these plants. There will be a separate cover for suppliers,” said G Srinivasan, CMD, NIA. The policy was issued on May 26.

Earlier, NIA was providing property cover for the cold zone and hot zones separately. “The Nuclear Pool having corpus of Rs 1500 crore will pay if any claims happen,” said an official source.

GIC Re, India’s national reinsurer, is managing the Rs 1,500-crore pool, an arrangement to address exposure of nuclear operators and suppliers. Eleven other domestic insurers are part of the pool, the 27th NIP in the world, to cover the risks emanating from civil liability for Nuclear Damage Act 2010. The pool is now in a final stage to roll out the product for nuclear suppliers and will soon seek IRDAI approval, insurance sources said.

There are 21 existing nuclear plants and five more are being added. NPCIL’s mandate is to triple the nuclear energy generation by 2022 from the current level of 4,750 MW.

The pool will address third party liability insurance under Civil Liability of Nuclear Damage Act (CLNDA) 2010 to begin with and later expand into property and other hot zone risk for which it will work in close co-ordination with nuclear power industry.

NPCIL did not respond to the queries of The Indian Express.

Though India’s first nuclear power plant — the Rajasthan Atomic Power Station (RAPS) — dates back to 1960s, it was only in 2010 that India brought out a law on civil nuclear liability in the form of Civil Liability for Nuclear Damage Act (CLND). “The aim of the nuclear pool was perhaps to facilitate foreign nuclear plant and technology suppliers, more particularly from the US and Europe, by providing a mechanism to cover their liability as equipment and technology suppliers so that they support the India in its ambitious plans to enhance nuclear power generating capacity from the current insignificant level,” said KK Srinivasan, former member, IRDAI.

The recent incident at the Kakrapara Atomic Power Station (KAPS) has brought into focus the role of nuclear liability insurance. When talks for the insurance policy were in the final stage, an incident of heavy water leakage in KAPS led to the shutdown of the power plant. KAPS is of 1980s’ vintage and operates under a Canadian origin technology. There were media reports of KAPS -1 shutting down in 1998 for 60 plus days on account of leakage in the cooling system, a 2004 incident during maintenance that led to shutting down of the reactor and a successful attempt in 2004 by some villagers in the area surrounding the plant alleging underground contamination, he said.

“Indian insurance companies have not had the chance to acquire any significant expertise or capacity for covering property risks in the ‘hot zone’ of nuclear power plants,” Srinivasan said. Beyond the ‘hot zone’ the process of generating power using steam to run the turbines is not significantly different from the process followed in thermal power plants. Thus, insurers in India do have the ability and capacity to assess and underwrite risks outside the ‘hot zone’.