Modi thanked Putin with regard to India getting the membership of SCO with the process set to be complete by next year. 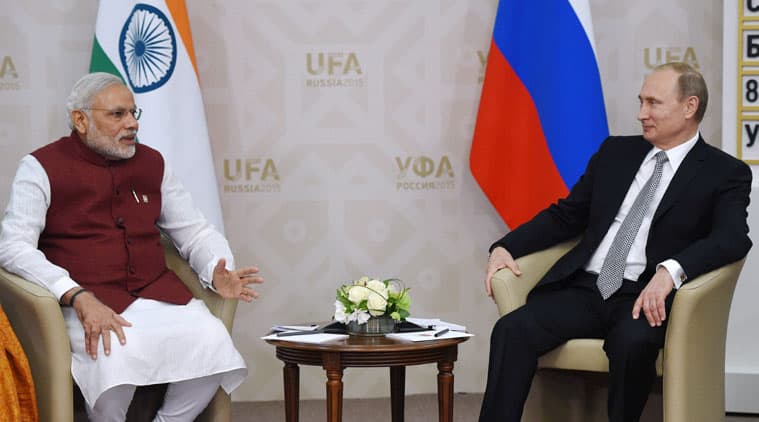 India and Russia reviewed their bilateral relations as Prime Minister Narendra Modi met Russian President Vladimir Putin late Wednesday evening. Foreign secretary S Jaishankar said in a briefing after the 90-minute interaction between the two leaders that energy sector cooperation was a key area for rebooting the engagement, including nuclear engagement and hydrocarbons.

Russia, in accordance with an intergovernmental agreement of 1988 and the supplement to it, signed in 1998, is building the Kudankulam NPP, the first 1,000 MWe unit of which was connected to the national grid in 2013. It is now operating under the one-year warranty maintenance period, which will last until the end of 2015.

Last year, the Russian Federation and India had signed a general framework agreement on the construction of the second phase (the third and fourth power units) of the nuclear power plant, and in December – the documents permitting the start of construction work.