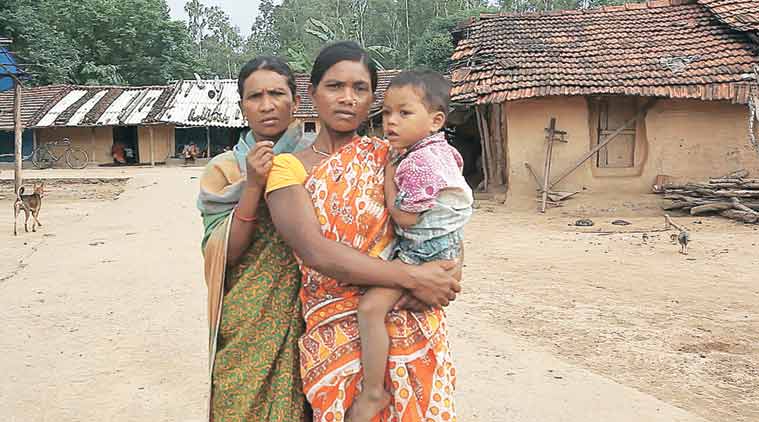 A young adivasi woman with her child and mother in Lakatipakana village of Nabarangpur district, Odisha. They deserve better homes. (Express Photo by Neeraj Priyadarshi)

Building over 1.3 crore pucca houses with toilets plus electricity and LPG connections for poor rural families — apart from all-weather roads connecting every single habitation — are ambitious goals for ‘Bharat’ that the Narendra Modi government has set for the three years ending March 2019 ahead of the next general elections. And central to this strategy is the leveraging of data from the Socio-Economic and Caste Census (SECC) of 2011 undertaken during the UPA regime.

Between December 2016 and December 2017, the Modi government plans to construct 44 lakh new houses under the Pradhan Mantri Awaas Yojana-Gramin (PMAY-G) programme and do another 56 lakh by March 31, 2019. Besides, some 30 lakh houses under the earlier Indira Awaas Yojana (IAY) are pending completion, “which we will finish before this March 31, taking the total to 1.3 crore,” says Amarjeet Sinha, secretary, Department of Rural Development.

Under PMAY-G, the minimum house size has been raised to 25 square metres (269 square feet) — from 20 square metres (215 square feet) under IAY — along with enhanced government assistance of Rs 1.20 lakh (Rs 70,000) in plains and Rs 1.30 lakh (Rs 75,000) for hilly/difficult areas. Beneficiaries are also entitled to additional support of Rs 12,000 for building toilets through the Swachh Bharat Mission-Gramin scheme and 90 days of wages worth Rs 18,000 towards construction of house under MGNREGA (which they can avail themselves or use to pay other workers). Further, beneficiaries can take bank loans of up to Rs 70,000 through government facilitation. 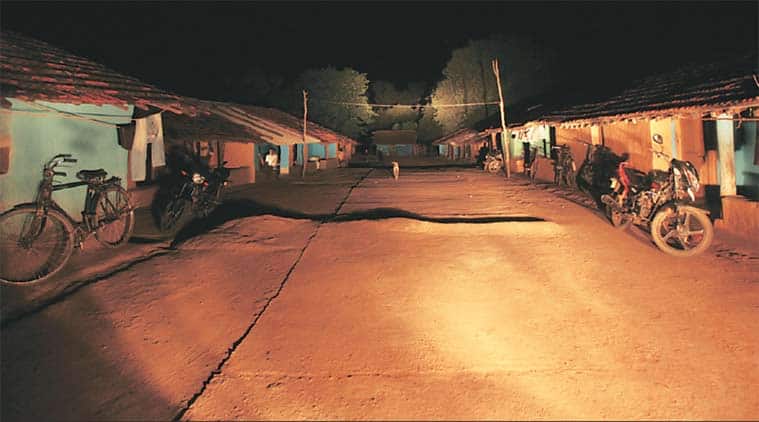 In addition, convergence is being sought with the Pradhan Mantri Ujjwala Yojana (PMUY) and the Deen Dayal Upadhyaya Gram Jyoti Yojana (DDUGJY). Both programmes — providing free LPG and power connections, respectively to poor rural households — have again March 2019 as their targeted deadlines. “The aim isn’t just to build houses, but homes equipped with basic amenities. And we are identifying the beneficiaries using SECC data,” adds Sinha. According to the SECC-2011, rural India had 17.98 crore households, of which 3.91 crore comprised those with no homes or living in one/two room dwellings with kutcha wall and kutcha roof. The Modi plan basically aims at covering a third of the latter by March 2019.

The SECC data, unlike below-poverty-line lists, is considered more reliable since it uses objective exclusion criteria (ownership of irrigated land, two-wheelers and pucca house with minimum three rooms or households having government employees, income tax payers, etc.) rather than vague measures of income that can be fudged. Also, when the door-to-door survey was conducted, neither the enumerators nor the subjects knew that the ultimate purpose was to target subsidies. Being called a ‘Census’ would only have helped. “But most important, while all individual-level information collected in the Population Census has to be kept confidential, the SECC data is open for use by government departments,” points out Neelkanth Mishra, India Equity Strategist with the Swiss investment bank Credit Suisse.

Selection of individual beneficiaries under PMAY-G, PMUY and DDUGJY are all being done employing SECC data, subject to validation by Gram Panchayats so as to add/delete households based on updated information after 2011-12. The PMAY-G fund releases are made electronically to the beneficiaries’ Aadhaar-seeded bank accounts, with the first instalment payable within a week after the issue of sanction order. The sanction order itself requires geo-referenced photographs of the beneficiary — in front of the kutcha house where she/he is currently residing and also the plot on which the PMAY-G house is to be built — to be captured using the Rural Development Ministry’s ‘AwaasApp’ mobile application. Subsequent fund releases are also based on similar capturing and uploading of photographs with geo-coordinates and time stamps of the houses at each construction stage: foundation, plinth, lintel, roof-casting and completion.

The Modi government’s other major flagship rural programme is the Pradhan Mantri Gram Sadak Yojana (PMGSY). Started by the previous Atal Bihari Vajpayee-headed NDA government in December 2000 for providing all-weather road connectivity to every rural habitation with a minimum population of 500 in plains and 250-plus in hilly, tribal and desert areas, the programme actually gathered pace during the UPA’s first innings. From a mere 15,464 km in 2004-05, annual road length construction increased to 60,117 km in 2009-10, before slowing down to 30,995 km, 24,161 km and 25,316 km in the last three years of UPA-II.

Unlike PMUY and DDUGJY, which are fully Centrally-sponsored, 40 per cent of costs in PMGSY and PMAY-G are to be borne by the states. The share is lower at 10 per cent for the North-East and Himalayan states. The total spending for PMSGY alone in 2017-18 is expected at Rs 27,000 crore, of which Rs 19,000 crore would be from the Centre and the balance Rs 8,000 crore from states. Significantly, there have been no defaults by states in their contributions to either PMGSY or PMAY-G.

“Some states have delayed, but not defaulted in putting in their money. In fact, they have identified both these as priority programmes, while specifically earmarking funds in their budgets,” claims Sinha.

One reason for it may have to do with the intrinsic political appeal of rural housing and road building.

The best illustration of that is Nitish Kumar, whose three consecutive state election victories in Bihar since 2005 has been credited no less to laying roads connecting previously isolated habitations using PMGSY monies. He seems to be doing something similar now with PMAY-G: Of the 22.63 lakh houses built under the scheme so far in 2016-17, 5.28 lakh or almost a quarter has been accounted for by Bihar!

Whether the political dividends from it will flow to Nitish Kumar or Modi in April-May 2019 remains to be seen.