Experts say that it may take another 4-5 quarters before private investment and credit growth picks up for the industrial sector. 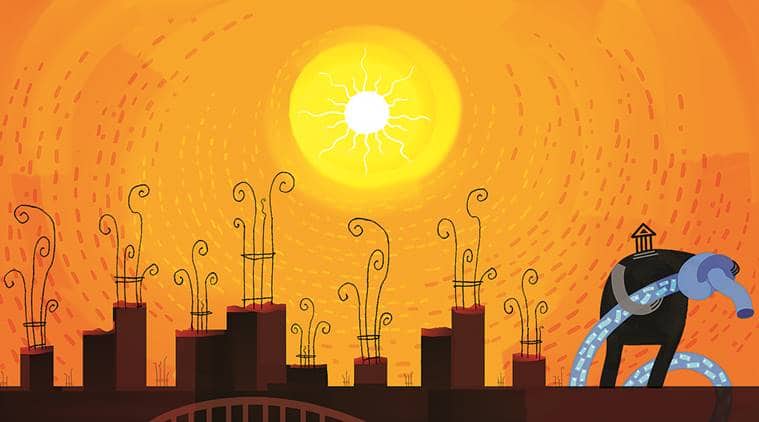 The government is pushing for infrastructure development across the country, but there are no signs of revival of private investment in the industrial sector. Led by a sharp contraction in credit growth for the infrastructure sector over the 11-month period (April 2016 to February 2017) the credit outstanding of the banking sector to the industrial sector fell by Rs 1,28,900 crore in February 2017 from Rs 27.3 lakh crore in March 2016 to Rs 26.01 lakh crore in February 2017. If manufacturing units are constrained by low capacity utilisations (70-75 per cent) and thereby, not in a position to commit fresh investments, banks are practicing caution in lending to infrastructure sector as a large number of companies continue to be saddled with overleveraged balance sheets and stalled projects on various accounts.

Experts say that it may take another four to five quarters before private investment and credit growth picks up for the industrial sector. There are some who point out that new financing models will evolve for the infrastructure sector, including funding from the government and institutional investors.

Road sector has seen a marginal increase in bank outstanding over the first 11-months of FY17, thereby, reflecting that while companies are executing some projects, banks are also warming up to the idea of lending to such companies.

While the credit climate remains subdued, a report prepared by Kotak Institutional Equities says that both — the nature of new infrastructure projects and extant excess industrial capacity — may preclude meaningful growth in wholesale credit even with a successful resolution of non-performing loans. “We see a limited role for bank financing for infrastructure projects in areas such as railways, irrigation and waterways and urban infrastructure (power distribution, intra-city transport and water & sewage). These projects may not generate sufficient financial returns and will likely require new kinds of financing. We envisage the excess capacity in many capex-intensive industries in the foreseeable future to preclude lending by banks to these sectors until the excess capacity reduces over time,” said the report.

In other cases, there are companies within some sectors that continue to remain on a weak ground and their credit quality remains under doubt. A report by ICRA ratings pointed that while distribution entities have gained from implementation of the UDAY scheme and the resultant savings in interest cost, “independent power producers continue to suffer on account of low plant load factors, slow pace of signing fuel supply agreements and power purchase agreements, besides lack of resolution on compensatory tariffs.”

While bank financing played a crucial role in funding private sector investment in the five sectors — metals, oil & gas, power generation, roads and telecom — that drove the previous investment cycle starting FY04, this may not be the case going forward. Some argue that India’s historical experience of funding large projects through loans from development banks or scheduled banks has been quite disastrous and banks do not have the capacity to price risks properly over 25-30 years, especially given the execution challenges in India. In fact, the financial and operating risks have been exposed even before completion of the projects in several cases in the previous investment cycle.

The Kotak Report points that while the nature of financing for the next investment cycle will be different it said that the governments and institutional investors are likely to be the primary providers of capital given their greater comfort with the tenure of such loans and IRRs of such projects.

“In our view, banks will progressively reduce focus on financing industrial projects, which will see increased funding by the corporate bond market and infrastructure projects, which will increasingly be funded by other sources of long-term financing….The funding of infrastructure projects by banks over the last decade without an adequate appreciation of or pricing of risks is the primary source of the current large NPLs in the Indian banking system,” said the Kotak report.

UP: Month after election debacle, Congress to hold review at divisional level