Highway to enhance connectivity between Mekong sub-region and India 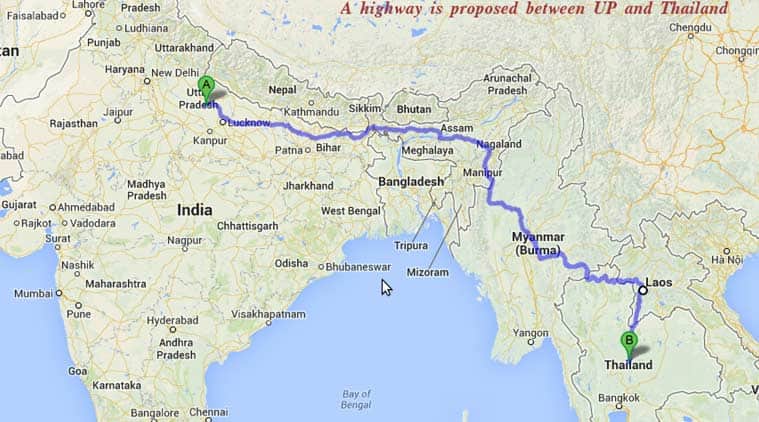 The India-Myanmar-Thailand (IMT) trilateral highway, which entails linking India to Myanmar and then further to Southeast Asia, has been taken up as priority by Prime Minister Narendra Modi.

The government is set to ink a strategic agreement to operationalise a 3,200-km road link from Moreh (India) to Mae Sot (Thailand) to enhance regional co-operation later in November this year.

The India-Myanmar-Thailand (IMT) trilateral  highway, which entails linking India to Myanmar and then further to Southeast Asia, has been taken up as priority by Prime Minister Narendra Modi.

A senior official in the Ministry of Road, Transport & Highways (MoRTH) said, “The protocol has been cleared. There is a slight glitch with customs, a meeting to sort out the same will be held in September. Myanmar needs four months for parliamentary approval. The agreement will be signed by November.”

Modi is learnt to be very keen that effective and credible infrastructure links be established to enhance regional co-operation between South Asia and Southeast Asia. Senior ministry officials say the trilateral highway will drastically enhance the connectivity between the Mekong sub-region and India and prove to be a game-changer for India’s northeast region. It is an important component in the government’s plans to ramp up its “Look East” policy to the newly coined “Act East” policy.

“The India-Myanmar-Thailand road link has been designed to bridge emerging economies in the Asean and Saarc regions. The pact is scheduled to become operational shortly and to mark the occasion a car rally would be held before March 2016”, added the official. On implementation, the sub-region will get access to the larger Asean market through seamless passenger and cargo movement.