This marks an increase of around 12.5 per cent from the last fiscal. 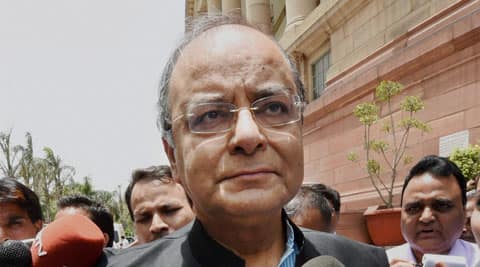 As part of military modernisation drive, Government on Thursday allocated Rs 2.29 lakh crore for the Defence Ministry in the Budget, marking an increase of around 12.5 per cent from the last fiscal as it raised the FDI limit in the defence sector up to 49 per cent from 26 per cent now.

“There can be no compromise with the defence of the country. I, therefore, propose to allocate an amount of Rs 2.29 lakh crore for the current financial year,” Finance and Defence Minister Arun Jaitley said, presenting the general budget.

For the modernisation of the armed forces, the Finance Minister allocated an additional Rs 5,000 crore above the Rs 89587.95 crore provided for the acquisition of new weapon systems for the Ministry in the interim budget last year.

“I propose to increase the capital outlay for the defence by Rs 5,000 crore over the amount provided in the interim budget. This includes a sum of Rs 1,000 crore for accelerating the development of railway system in border areas,” Jaitley said adding that acquisition processes would be streamlined for making it speedy and more efficient.

The Government has also set aside a sum of Rs 1,000 crore for this fiscal to do away with anomalies in pensions paid to ex-servicemen under the One Rank One Pension policy, which was accepted by the new government.

“We propose to set aside a sum of Rs 1,000 crore to meet this year’s requirements,” he said.

Jaitley also announced the construction of a War Memorial and museum at the Prince’s Park near the India Gate here and allocated a sum of Rs 100 crore for it as the government also earmarked Rs 1,000 crore for modernisation of border infrastructure.