CERC issues show cause notice to PCGIL over delays

PGCIL has also been directed to submit the complete associated schemes of the project. 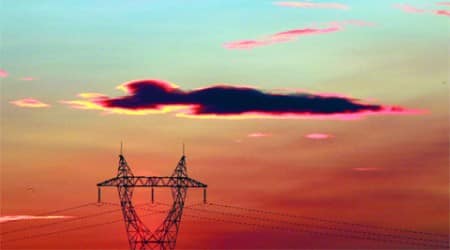 The order effectively implies that the buck stops with PGCIL.

In a landmark order, the apex power regulator has issued a show cause notice to Power Grid Corporation of India Ltd (PGCIL) to explain why, in its extended role as the central transmission utility, the state-owned firm has failed in developing the inter-state transmission systems in coordination with other agencies.

In the order issued on August 12, the regulator —CERC or Central Electricity Regulatory Commission —has slammed PGCIL for not ensuring the completion of downstream systems in a specific project that involved the setting up six 220 kV bays at two sub-stations in Rajasthan. The regulator has specifically highlighted the issue of stranded assets due to non-completion of downstream assets (sub-stations and transmission lines), thereby putting PGCIL in contravention of its role under Section 38 (2) of the Electricity Act 2003.

Under this, PGCIL, in its role as the central transmission utility, has to “discharge all functions of planning and coordination with various agencies” and “ensure development of an efficient, coordinated and economical system of inter-state transmission lines”.
This comes at a time when gaps in transmission planning and execution of associated lines have badly bottled up power flows across the country. As a result, despite the cumulative installed generation capacity of about 2,50,257 MW, the country is able to meet the demand only to the extent of 1,40,000 MW — primarily due to transmission infrastructure, especially secondary and tertiary lines and systems, failing to keep pace with generation capacity.

The order has far-reaching implications as hitherto, the regulator has stopped short of issuing any regulations that specify the manner in which PGCIL will perform its duty as the central transmission utility.

As a result, there has been some degree of confusion on whether ensuring the adequacy of the transmission system is the responsibility of Central Electricity Authority (or the CEA, which does basic transmission planning), the CTU or the standing committee of transmission planning. The order effectively implies that the buck stops with PGCIL.

While the CERC has listed the petition for hearing on September 23, it has directed PGCIL to submit a report on affidavit by September 5, enumerating the details of the inter-state projects wherein associated downstream and upstream systems are not ready or incomplete with the implementation of overall transmission system. PGCIL has also been directed to submit the complete associated schemes of the project.