Economic Survey 2020 India Today Highlights: Acknowledging the economic slowdown in the country, Chief Economic Advisor Dr Krishnamurthy Subramanian on Friday said, “We have a slowdown in the Indian economy. A part of it is because of the global economy slowing down in 2019”. He added that the Economic Survey’s theme this year is wealth creation.

Addressing a press conference after Finance Minister Nirmala Sitharaman tabled the Economic Survey in the Parliament, Dr Subramanian said, “Economic slowdown since 2017 is due to the lagged effect of reduced investment from 2013, which occurred due to credit boom-bust.” “If wealth had not been eroded by wilful defaulters, we could have spent almost double the amount on social sectors,” he added.

The Economic Survey 2019-2020, tabled by Finance Minister Nirmala Sitharaman, projected the economic growth of 6 to 6.5 per cent in the fiscal year starting April 1. The Survey is a report the government presents on the state of the economy in the past one year, the key challenges it anticipates, and their possible solutions.

The Budget session is scheduled to extend till April 3; it will go into recess on February 11 and resume on March 2. The Union Budget 2020 will be tabled in Parliament on Saturday, February 1, by Finance Minister Nirmala Sitharaman.

Economic slowdown since 2017 due to the lagged effect of reduced investment from 2013: KV Subramanian

KV Subramanian says, "Economic slowdown since 2017 due to the lagged effect of reduced investment from 2013 which occurred due to credit boom-bust."

The Survey suggests that the government must systematically examine areas of needless intervention and undermining of markets; but it does not argue that there should be no Government intervention.Instead it suggests that the interventions that were apt in a different economic setting may have lost their relevance in a transformed economy. Eliminating such instances will enable competitive markets spurring investments and economic growth.

Part of economic slowdown due to global economy slowdown in 2019: KV Subramanian

Chief Economic Advisor Dr KV Subramanian says, "We have a slowdown in the Indian economy, part of it is because of the global economy slowing down in 2019."

In the backdrop of nationwide protests over the CAA-NRC, president Ram Nath Kovind Friday sidestepped references to NRC in his address to the joint sitting of both Houses of Parliament at the start of Budget session. His omission of reference to the NRC holds significance in wake of the fact that President had announced Modi government’s decision to “implement the process of ‘National Register of Citizens’ on priority basis” in his address to the joint sitting at the inauguration of 17th Lok Sabha on June 20 last year. Read More

The Economic Survey 2020 projected an economic growth of 6 to 6.5 per cent in the fiscal year starting April 1. The survey, prepared by Chief Economic Advisor Dr Krishnamurthy Subramanian, was tabled by Union Finance Minister Nirmala Sitharaman in Parliament Friday. READ MORE

President Ram Nath Kovind on Friday hailed the contentious Citizenship Amendment Act as "historic" in his address to joint sitting of both houses of Parliament, prompting protests by some opposition members. He also said that debate and discussion on any issue strengthens democracy while violence during protests weaken it. "The Citizenship Amendment Act is a historic law. It has fulfilled wishes of our founding fathers including Mahatma Gandhi," he said.

President Kovind concludes his address. National Anthem is being played in the Central hall of Parliament

President Kovind says, "My Govt is dedicated to turn India into a $5 trillion economy. We're discussing with every stakeholder and work is being at every level of the economy to turn this into reality. In spite of the challenges being faced by the world, the foundation of India's economy remains strong. I call upon all leaders and people of India to give preference to local and indigenous products. If you do that, you will be helping the MSMEs in your region."

President Kovind says, "To empower women, the govt started the self-help groups. Over 6.60 crore women have joined these groups so far. These women have been provided with loans at very low-interest rates. To make women equal to men, admission of the girl child has been approved in Sainik Schools as well. Women are being hired in the military as well."

Govt has worked to give farmers at least 1.5 times the cost of production: President Kovind

"The Govt is working dedicatedly to give farmers at least 1.5 times the cost of production to the farmers of India. The constant hike in MSP of Rabi and Kharif crops is a step taken in this direction," President Kovind added.

President Kovind says, "The Govt's initiatives ensured 2 lakh people did their Haj, a record number. India is the first country in which the entire Haj process has been digitalized and is done online." He also says, "My Govt also stands in solidarity with specially-abled persons. It has made 1000 Bhawan and over 700 railways stations accessible to these people. In the last 5 years, equipments worth Rs 9000 crore have been provided to them across India in thousands of camps."

Govt will spend Rs 1,500 crore to develop the areas in the Bodo regions: President Kovind

President Kovind says, "The Govt recently signed the Bodo Agreement, ending the crisis that saw 4,000 people lose their lives. The Govt will also spend Rs 1,500 crore to develop the areas in the Bodo regions. Similarly, the Bru-Reang agreement not only solved a long-standing problem but will also help the concerned people and will help in their settlement."

President Kovind: 112 districts in the country that lack development have been given priority

The President also says, "112 districts in the country that lack development have been given priority and special care is being taken to ensure the people in these regions avail to all benefits. A lot of work was done and a lot of districts have now reached the average level, at par with the other districts in their respective states." 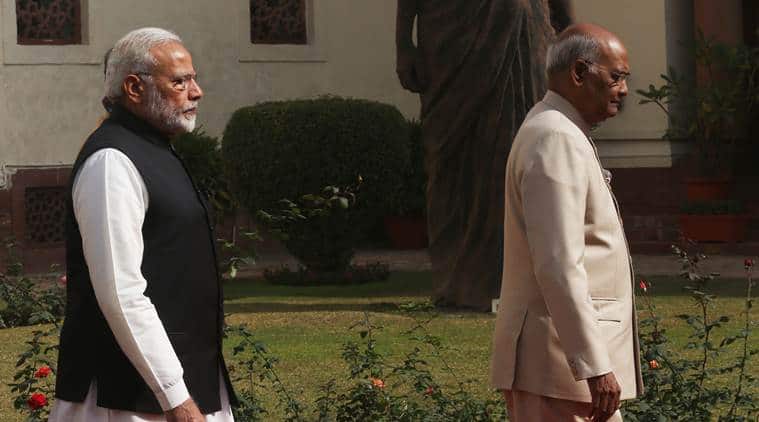 During an all-party meeting Thursday, Opposition leaders called upon the government to reach out to the people holding protests across the country over the Citizenship (Amendment) Act. Prime Minister Narendra Modi said his government was open to discussion on all issues. The pre-Budget meeting was attended by leaders of 26 parties.

Prime Minister Narendra Modi, according to sources, told the leaders: “Most of the members have asked for discussion on the economic situation concerning the country. I welcome this and we need to discuss the economic issues as suggested by you all. We should focus on how we can turn the global scenario in favour of India.”

He is also learnt to have said, “In this session, and in the beginning of the new year, if we can give a proper direction to the country’s economy, it would be in the best interest of the country.” Regarding other issues raised by opposition parties, Modi is learnt to have said that all of them should be discussed.

Refrain within BJP: Economy big worry, may spill onto streets

Explained: What is Economic Survey, and why is it important?

Explained: Why the President’s Address matters