New Delhi: Union Finance Minister Nirmala Sitharaman, flanked by her deputy Anurag Thakur (to her right) and a team of officials, shows a folder containing the Union Budget documents as she poses for lensmen on her arrival at Parliament in New Delhi, Saturday, Feb. 1, 2020.

Budget 2020: In a bid to revive the economic growth that slumped to a six-year low of 4.5 per cent in July-September quarter, Finance Minister Nirmala Sitharaman on Saturday slashed income tax for individuals, abolished dividend tax for companies and announced record spending in agriculture and infrastructure sectors. The government also announced a sale of government stake in the country’s largest insurer, Life Insurance Corporation (LIC). While presenting her second budget, Sitharaman said this budget was aimed at boosting incomes and enhancing purchasing power, stressing that the economy’s fundamentals were strong and inflation was well contained.

The Finance Minister proposed new tax slabs of 15 per cent and 25 per cent in addition to the existing 10 per cent, 20 per cent and 30 per cent. The new slabs would be for individuals not availing certain specified deductions or exemptions. Under the new, optional regime, those with a taxable income between Rs 5 lakh and Rs 7.5 lakh will pay 10 percent tax, against the present 20 percent. The new tax regime is optional for those willing to forego all exemptions. The nominal growth of GDP for 2020-2021 has been pegged at 10 per cent. The fiscal deficit target pegged at 3.5% of GDP

This was the longest Budget speech by any finance minister. Sitharaman, 60, broke her own record of a 2-hour-17-minute-long maiden Budget speech in July 2019. Peppered with a Kashmiri poem, Tamil couplets, the 2020 speech went on for over 2 hours and 30 minutes. She cut short her Budget speech after feeling unwell towards the end of the presentation.

Meanwhile, the BSE Sensex plummeted 988 points on Saturday to close below the key 40,000-mark, led by an intense broad-based selloff after the Union Budget for 2020-21 failed to live up to market expectations.

Nirmala Sitharaman presented her Union Budget in Lok Sabha today. Follow updates in Tamil, Bangla, Malayalam. Read our other live coverage on income tax rates, market reactions. We also breakdown what the budget means to you

With little room to spend, Govt hopes for a demand boost

Union Finance Minister Nirmala Sitharaman has kept a tight leash on spending despite a sputtering economy, tacitly admitting there is little fiscal space, and settled for a growth rate of just about 6 per cent for 2020-21, assuming an average inflation of about 4 per cent for the year. Read more

LIC union up in arms against IPO plan

Kerala Chief Minister Pinarayi Vijayan on Saturday slammed the union budget, saying that it would neither help strengthen the economy nor ensure social security or development, but only further increase inflation and unemployment in the country. All the legitimate needs of the southern state were completely ignored in the budget,presented by Finance Minister Nirmala Sitharaman, though Kerala had submitted a detailed

Aiming to boost the affordable housing demand, Finance Minister Nirmala Sitharaman on Saturday proposed to extend the date of availing an additional Rs 1.5 lakh tax deduction on home loan interest by one more year till March 2021. The additional deduction of Rs 1.5 lakh over and above Rs 2 lakh was introduced in the last year's budget. This was allowed for those buying homes for the first time and of up to Rs 45 lakh and made applicable for home loans sanctioned till March this year. The finance minister also announced that builders will get tax holiday on affordable housing projects approved till March 2021.

Addressing a presser post-budget, Prime Minister Narendra Modi said, "an integrated approach to agriculture was adopted in the budget, which along with traditional methods will increase value addition in horticulture, fisheries, animal husbandry and also increase employment."

Meanwhile, the BSE Sensex plummeted 988 points on Saturday to close below the key 40,000-mark, led by an intense broad-based selloff after the Union Budget for 2020-21 failed to live up to market expectations.

Explained: How govt plans to reboot the economy with this budget

The government’s strategy, or hope at least, is that leaving people with more money will help boost their consumption levels, which are at present quite subdued, as witnessed in the slump in sales of goods and services across the board. Higher consumption will bring down the inventories in the economy and incentivise businesses to invest again. The ground has been prepared to make investments attractive for businesses as the government has already cut the corporate tax rate last year.  Read more 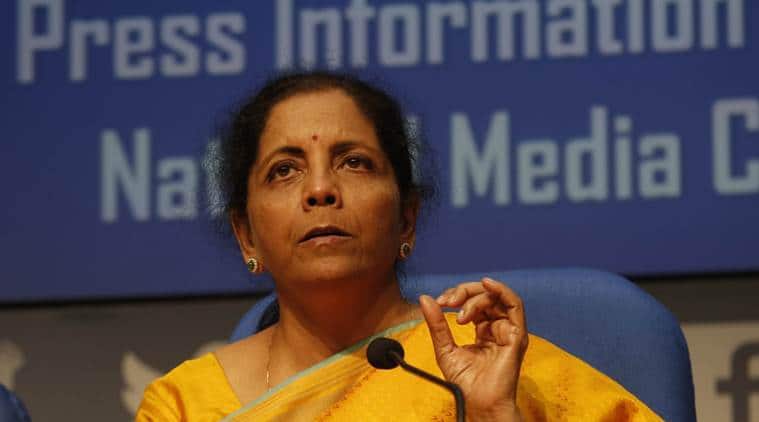 Sitharaman on Opposition's reaction to Budget

"I agree the budget presentation was long, but it was absolutely youth-focused and each and every scheme we introduced will benefit the youth, " Sitharaman on opposition's reaction.

Sitharaman on reduction in Rural budget

"MGNREGA is demand-driven scheme and it will be increased or adjusted according to the demand and hence a cut in rural budget, "Sitharaman in the post-budget presser.

Sitaraman on merger of banks

"Recapitalisation budget of bank mergers will be decided as and when needed," says Sitharaman  addressing a Press Conference

Revenue Secy Ajay Bhushan Pandey on exemptions: "We took a comprehensive review of all exemptions&found close to 120 exemptions. We took a review of each item. In order to offer a simplified system, now the total exemptions which have been removed from the new system is, about 70."

"People who are residents of no country in the world will be deemed to be a resident in India and his worldwide income will be taxed. A person now has to stay abroad for 240 days abroad to be exempted from the tax slab"

"Tax charter is our commitment to honour the taxpayers and enshrined the rights of taxpayers. The government's intent is to not harass taxpayers but to see them as wealth creators ,"  Finance Minister on Tax Charter

We wanted to place money in the hands of the people: Sitharaman on option of lower income tax rates

Finance Minister Nirmala Sitharaman on the option of lower income tax rates: We wanted to place money in the hands of the people, particularly the middle class and lower-middle classes. We also wanted to simplify income tax process and increase compliance.

Explained: Why LIC divestment is a big, bold decision but will need a law change first

Finance Minister Nirmala Sitharaman has said that the government will sell a part of its holding in Life Insurance Corporation of India (LIC) through an initial public offering (IPO). The government owns 100 per cent of LIC. That LIC has been identified as a candidate for a potential public listing by the government, was reported first by The Indian Express in July 2019. The government’s move is a part of efforts to push through an aggressive disinvestment and asset monetisation programme.  Read More

After Finance Minister Nirmala Sitharaman ended her Budget speech abruptly after speaking for over two hours, Rahul Gandhi outside the Parliament told news agency ANI: "Congress leader Rahul Gandhi: Maybe this was the longest Budget speech in history but it had nothing, it was hollow."

This will be the second Union Budget of the National Democratic Alliance (NDA) 2.0 government led by Prime Minister Narendra Modi as well as of Nirmala Sitharaman as the Finance Minister. (File photo)

As Sitharaman presents the first Union Budget of Modi 2.0, she faces the arduous task of living up to the expectations of the voters who have returned the BJP-led government with a resounding majority and also balancing the economy. Sitharaman is expected to outline the Centre's plans to deal with the challenges posed by the downward spiral of the economy and achieve the $5 trillion economy target by 2025. Some analysts are predicting tax changes to boost consumption levels and support businesses. The ministry is likely to provide relief on income tax slabs  to the middle class by about 10 per cent of their overall tax outgo for the year and also provide incentives for home buyers. A push is also expected in sectors like infrastructure, education, health and railways.

Addressing media before the budget session, Prime Minister Narendra Modi on Friday said he hoped for detailed discussions on the economy. "I want wide-ranging, qualitative discussion on economy in both houses. Our session should be focused on economic matters and how India can take advantage of the current global economic situation," said PM Modi in his customary remarks at the start of a session.

President Ram Nath Kovind pointed out that this was the first session of 2020 — the start of a new decade — and efforts should be made to lay a "strong foundation for the decade".

According to data released by the Ministry of Statistics and Programme Implementation (MoSPI), India’s gross domestic product (GDP) will grow by just 5 per cent in the current financial year (2019-20). Last financial year, 2018-19, the Indian economy grew at 6.8 per cent.

Read our other stories on Budget 2020

🔴 Explained: Five things to watch out for in Budget 2020

🔴 Editorial | The Economic Survey celebrates wealth creation, while getting real about the state of economy

🔴 Economic Survey: ‘Make in India’ the China way–Assemble for world

🔴 Budget 2020: Here’s How Your Take Home Salary Could Shoot Up Exponentially