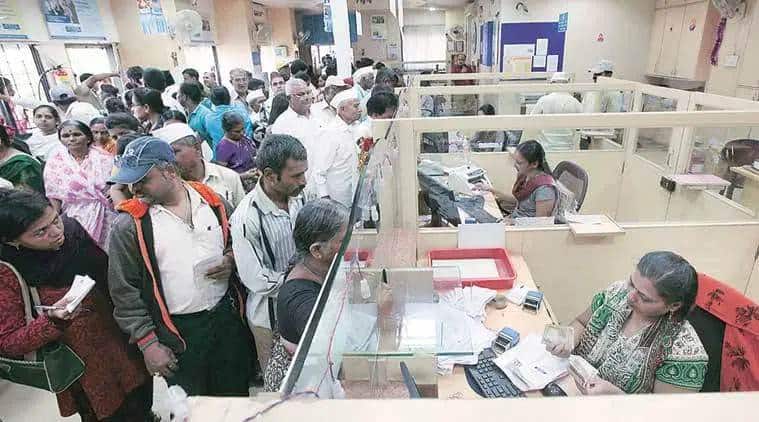 In the three year period, the Centre has infused a total capital of Rs 2.66 lakh crore in all state-owned banks.

As per Thursday’s stock closing prices on the BSE, market capitalisation of AU Small Finance Bank (AUSFB) stood at Rs 35,847 crore, compared to Rs 31,632 crore of PNB. It is important to note that over the last three years, the government has infused an additional capital of Rs 35,719 crore in equity in PNB, which is almost more than its current market capitalisation and is equal to that of AU Small Finance Bank. In the three year period, the Centre has infused a total capital of Rs 2.66 lakh crore in all state-owned banks.

PNB’s case is not an isolated one as most of the public sector banks (PSBs) have lost significantly on their market value over the last couple of years. This development around PSBs losing sharply on market valuations, especially when compared with private sector banks, has emerged as a key concern in the banking department of the Ministry of Finance.

A government official, who did not wish to be identified, said, “It is a big issue as we have adequately recapitalised the banks, their provision coverage ratios have improved and they are on path to profitability. We are trying to understand the reasons.”

Lower market value also means that banks are not able to raise capital from the equity market to expand their business and have to rely on government support. The fact that AUSFB commands a larger market capitalisation than PNB is telling when seen in light of the asset size of the two banks. AUSFB has total advances (or assets) of Rs 26,572 crore and deposits of Rs 23,865 crore as of quarter ending October-December 2019. In contrast, during the same period, PNB’s total advances at Rs 4,71,356 crore and total deposits at Rs 7,08,544 crore are over 17 times and 29 times, respectively, of the asset and deposit book of the small finance lender.

On the profitability front, however, while PNB announced a loss of Rs 492 crore in the quarter ended December, AUSFB reported a net profit of Rs 190 crore in the same quarter.

Barring State Bank of India (SBI) holding on to its market value, all PSBs such as Bank of Baroda, Oriental Bank of Commerce and Canara Bank have slumped to record lows in market capitalisation.

Private sector lenders, including ICICI Bank, Bandhan Bank and Federal Bank, have been performing better than their public sector counterparts on many key parameters and commanding premium valuations. Even though many state-owned banks have shown improvement in profitability, NPA (non performing asset) levels as well as provision coverage ratios and are adequately capitalised, large investors are staying away from investing in them as they do not expect adequate return on equity.

Senior officials in the Department of Financial Services, which oversees fund infusion and reforms in state-owned banks, are perplexed as to why these lenders are not picking up in market value despite NPA clean-up and record equity injection. “It is difficult to understand how market works. The government feels that most public sector banks are now ready to expand their core banking business as the stress is behind them,” said another official.

Market capitalisation of Bank of Baroda, which also has asset book and total deposits many times that of AUSFB, is also roughly the same as that of small finance lender.

“PSBs are currently facing the wrath of markets due to a number of issues including low visibility of earnings growth, NPAs continuing to remain elevated despite change in the trend and bank consolidation that is expected to adversely affect their operating performance in near term. There is also great degree of polarisation in the market that is negatively affecting the risk sentiment towards government-owned companies generally. Once this cycle turns, PSU banks will become attractive for investors,” said a financial sector research analyst with a domestic brokerage.

Delhi: Rs 24 lakh relief given to those affected, HC told