A senior official in the finance ministry said that the one-month moratorium will help work out a rescue plan, infuse adequate capital and avoid undue panic in the market. “It is a decisive step to protect all stakeholders, especially depositors,” he said. 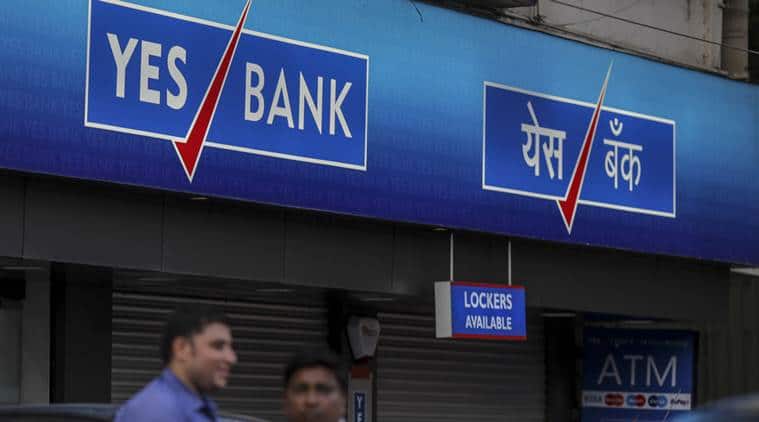 The Yes Bank implosion comes at a time when the RBI has asserted that the worst of the bad loans crisis is over.

Barely five months after investors had a scare with their deposits in Punjab & Maharashtra Co-operative Bank Limited, the depositors of Yes Bank now face a similar situation, albeit with the hope that state-owned banks will finally be roped in for a rescue package.

While the RBI capped withdrawals at Rs 50,000 per depositor, it has said the bank may allow payment to its depositors an amount in excess of Rs 50,000 to meet unforeseen expenses.

A senior official in the finance ministry said that the one-month moratorium will help work out a rescue plan, infuse adequate capital and avoid undue panic in the market. “It is a decisive step to protect all stakeholders, especially depositors,” he said.

The Yes Bank implosion comes at a time when the RBI has asserted that the worst of the bad loans crisis is over. On Thursday, Yes Bank share prices jumped 27 per cent over reports of capital infusion and takeover by consortium of banks led by the State Bank of India but the RBI’s announcement late in the evening came as a surprise to many.

While RBI indicated that Yes Bank has been facing liquidity outflow, it is not clear by how much its deposit base has dwindled since the lender is yet to present its financials for the October-December 2019 quarter.

Said the CEO of a leading mutual fund: “While the first loss of a bank should go to shareholders and then to perpetual bond holders and finally to deposit holders, in this arrangement by keeping a limit of withdrawal at Rs 50,000 for almost a month, the pain has been inflicted on the deposit holders.”

There are some who question the timing of the announcement. A top official with a private sector bank said that ideally such announcements should be done on Friday or Saturday evening so that the market absorbs the news and the bailout should be announced before the opening of banking hours on Sunday night or Monday morning. “Hopefully, there will be an announcement before banking hours tomorrow to soothe the nerves of the market and deposit holders,” he said.

The bank, which has a deposit base of around Rs 2 lakh crore, has insured deposits up to Rs 1 lakh per depositor with the Deposit Insurance and Credit Guarantee Corporation, a subsidiary of the RBI. This was hiked to Rs 5 lakh in the last Union Budget. “Small depositors have nothing to worry. Moreover, the RBI has assured that it will work out a bailout plan for the bank within 30 days,” said the former CEO of a nationalised bank.

The bank, which was struggling to get capital infusion, saw a decline in total deposits by six per cent to Rs 2.09 lakh crore. As on March 31, 2019, the deposits of top 20 depositors aggregated to Rs 24,673 crore, representing 10.84 per cent of the total deposit base.

The RBI has earlier taken over bankrupt cooperative lender PMC Bank and ordered restrictions on deposit withdrawals. The regulator has also ordered resolution under the National Company Law Appellate Tribunal for DHFL.

In the recent period, the failure of some large Non Banking Financial Companies (NBFCs) along with cooperative banks, have created panic among depositors as well as the financial sector as a whole. There is currently no comprehensive resolution framework in place to deal with failing banks. The finance ministry had in 2018 withdrawn the proposed Financial Resolution and Deposit Insurance (FRDI) Bill over the controversial bail-in clause, which led to fears that the government may cancel or modify deposits in banks.